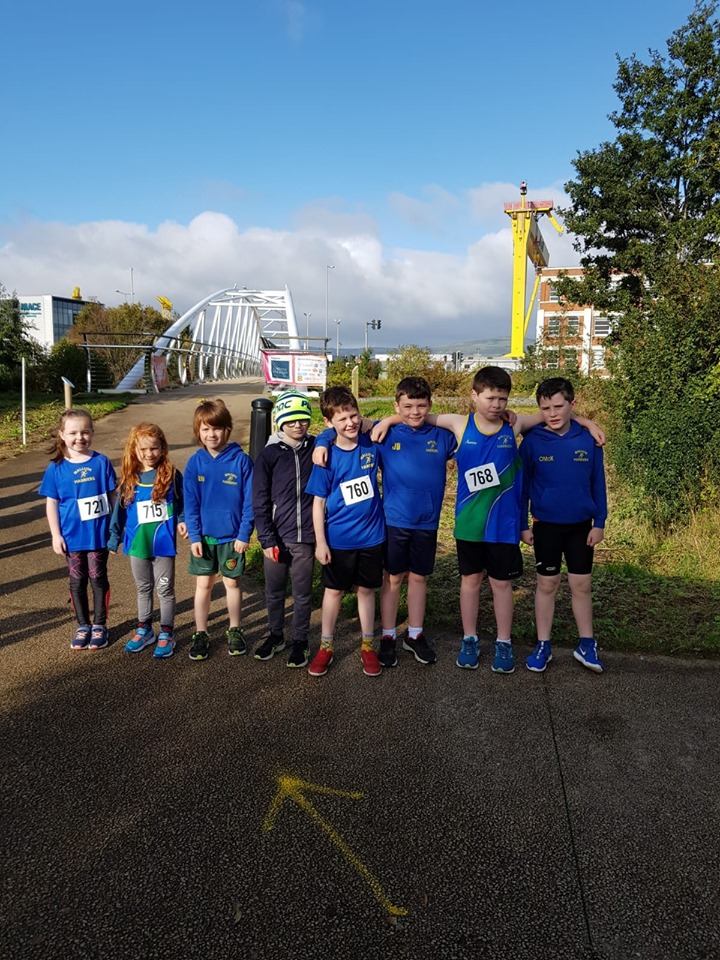 Bit tired today. I was up late watching Scullion in the marathon last night and was busy being very impressed by Calum Hawkins. And hadn’t really recovered from Mageean’s PB earlier. All great stuff. It would almost inspire you to stick the trainers on and get out there. Almost.

And big congrats to Neil on his 100th parkrun! 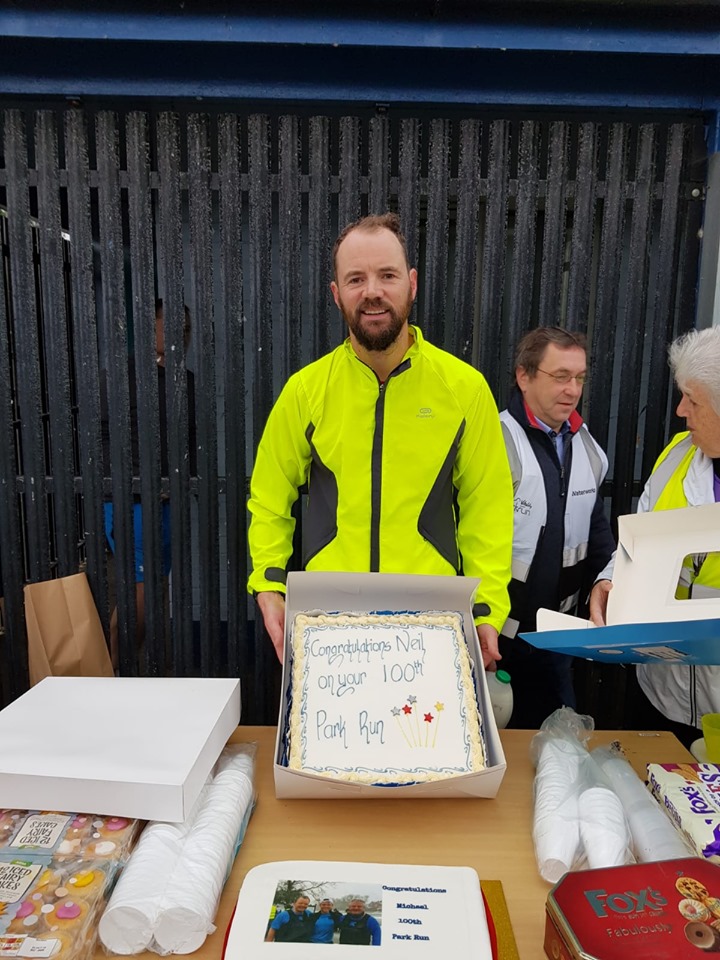 This week’s tourists were Stephen Weir back at Newcastle upon Tyne, finishing in a new PB of 28:16 and Sarah Ross back at Dunedin finishing in yet another PB time of 26:13.

Our international correspondent has sent in a report stating that Dermot Boyd is at it again. 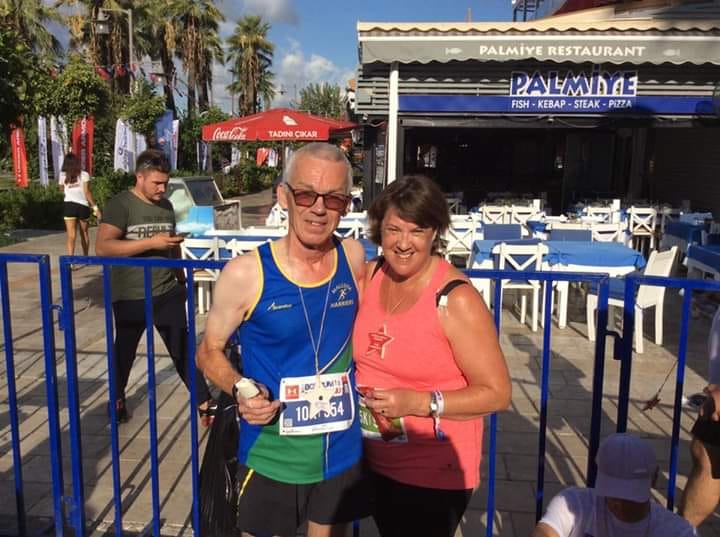 Main event of the week was the Orangegrove NI & Ulster Relays at Victoria Park.
The Harriers had both male and female teams in both the senior and masters races, although our elite talent was reserved for the junior races. Our primary school squad were so fast they could not be timed. 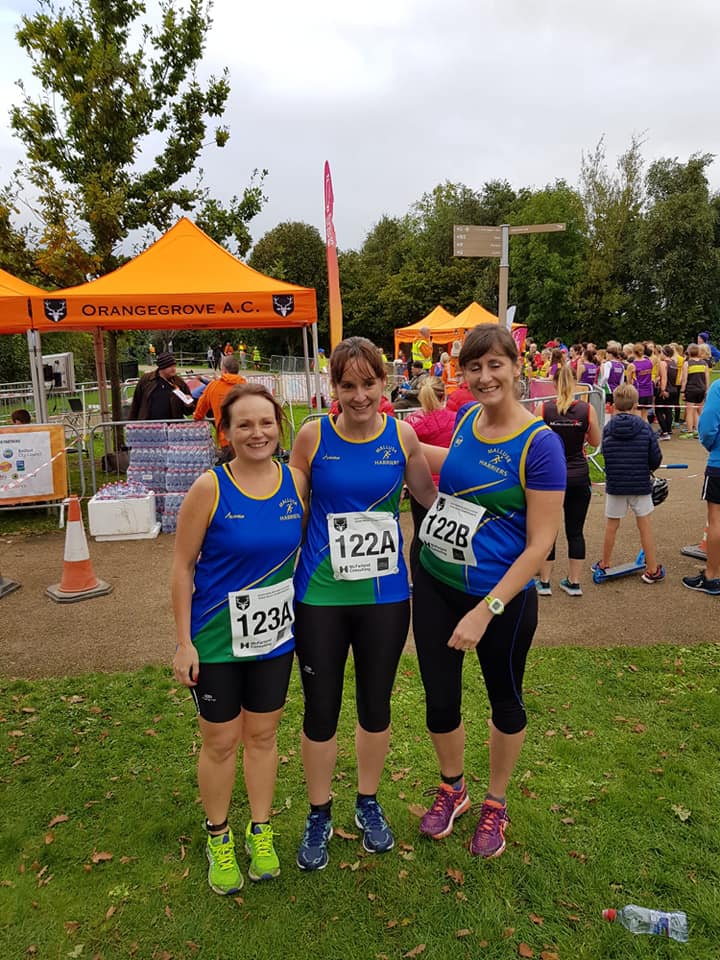 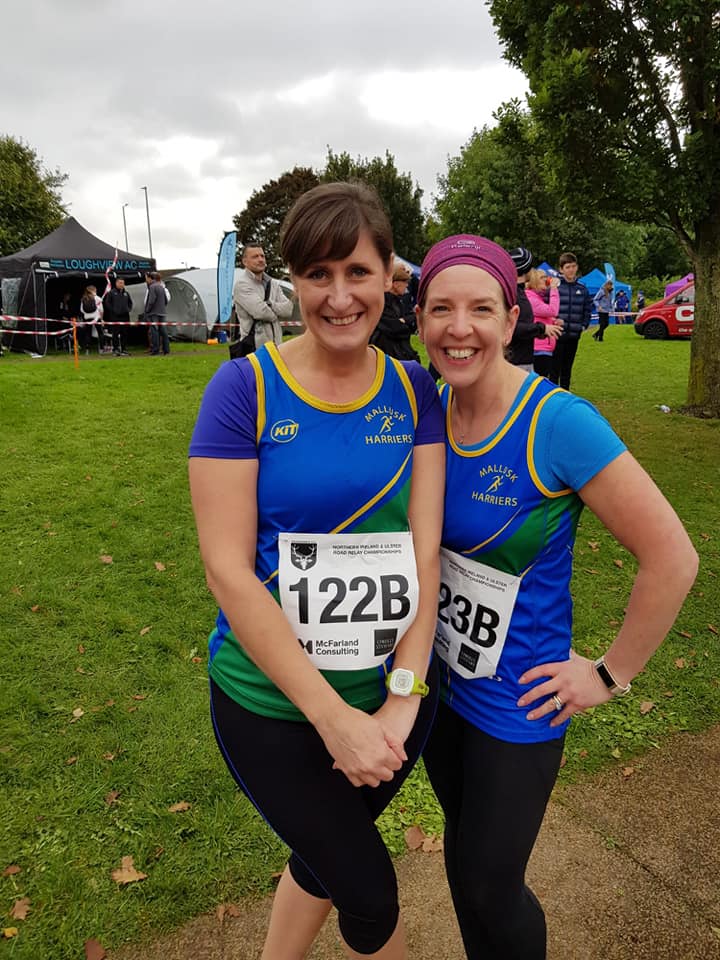 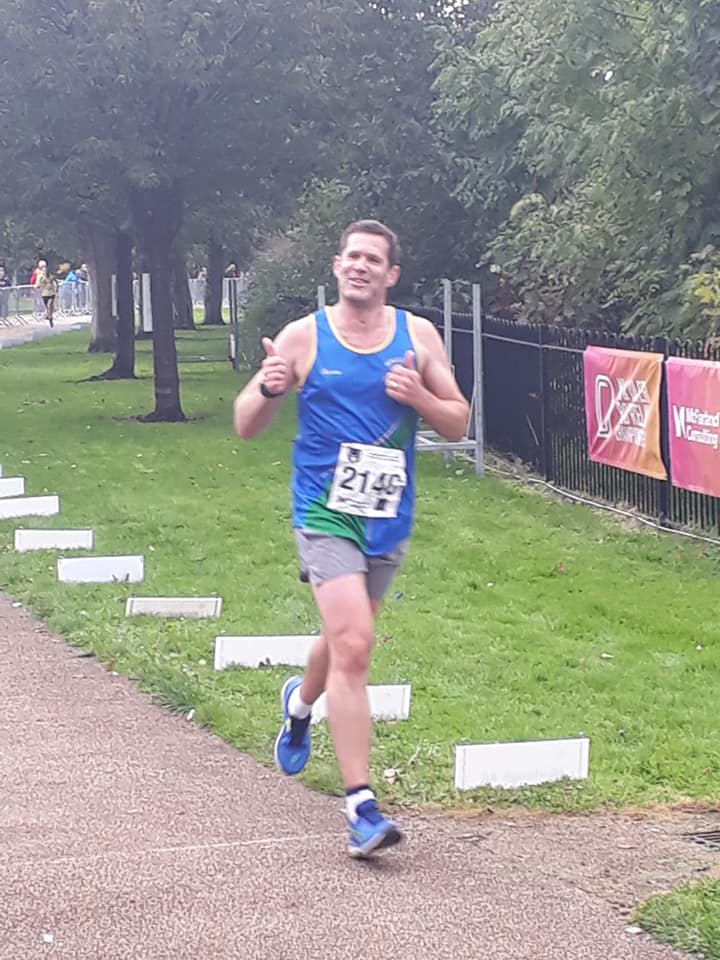 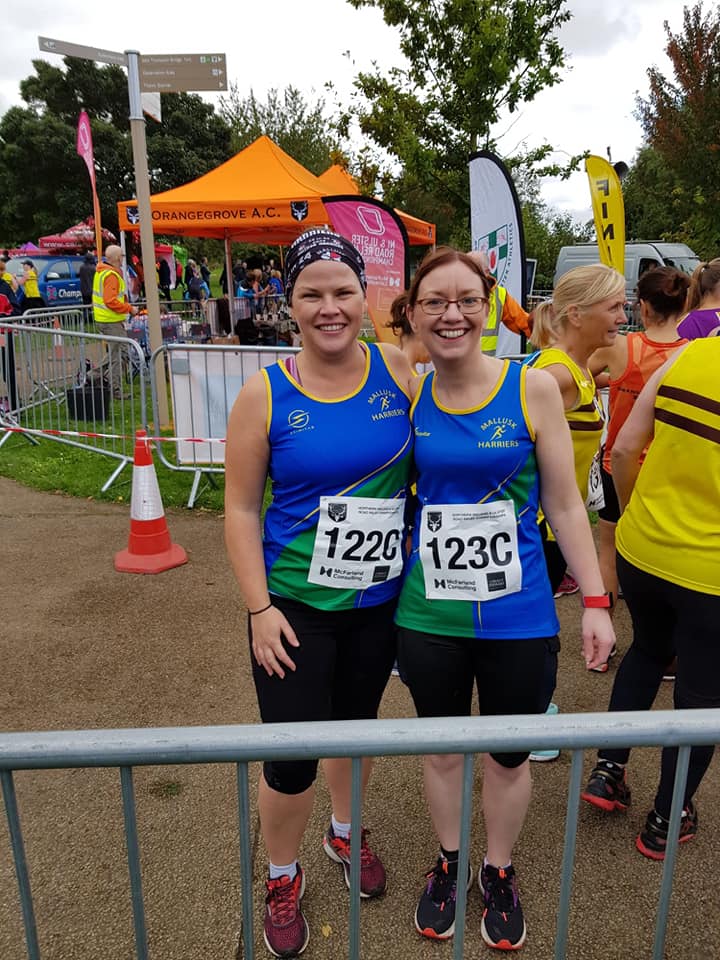 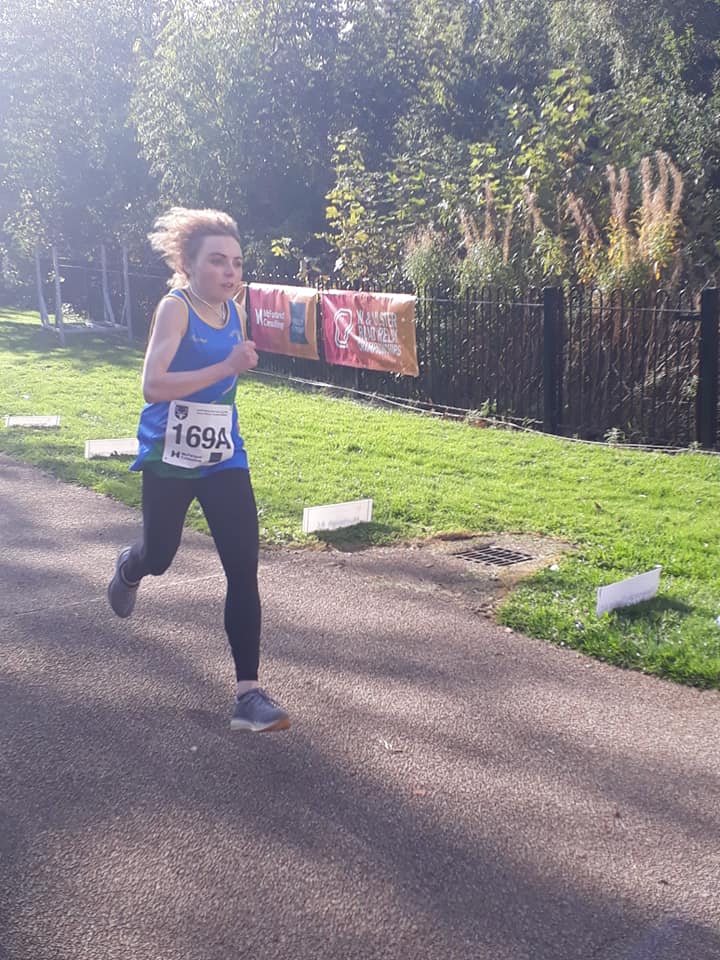 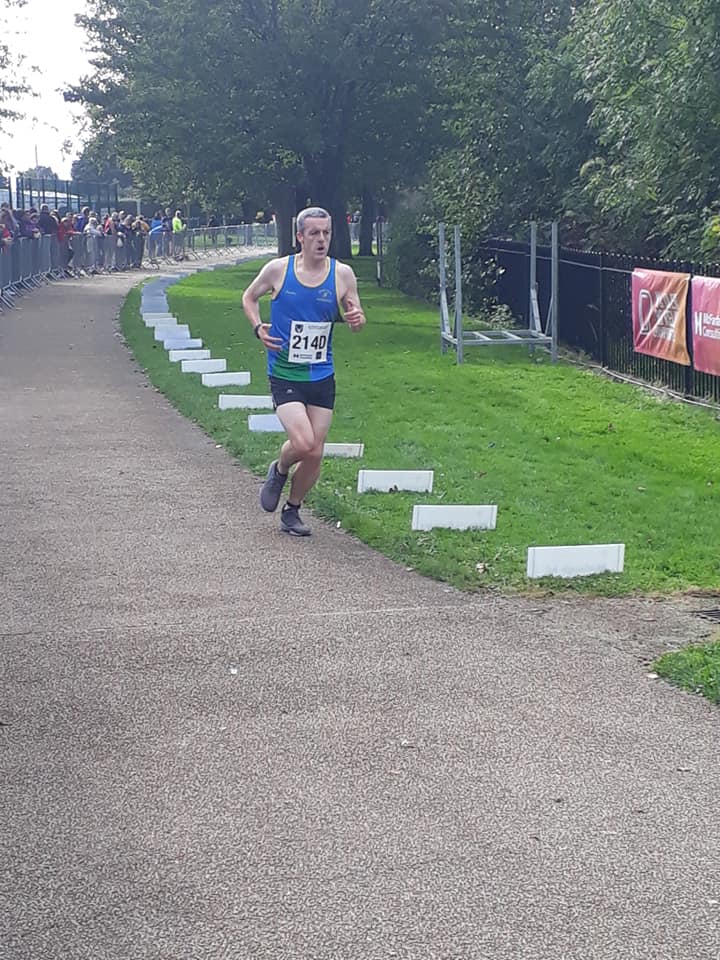 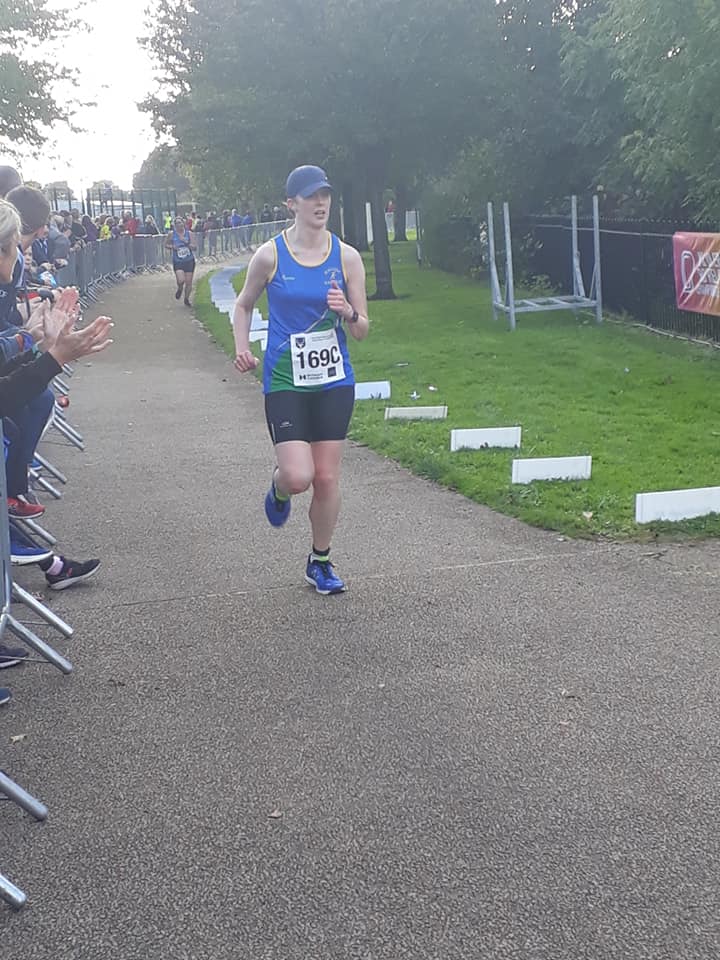 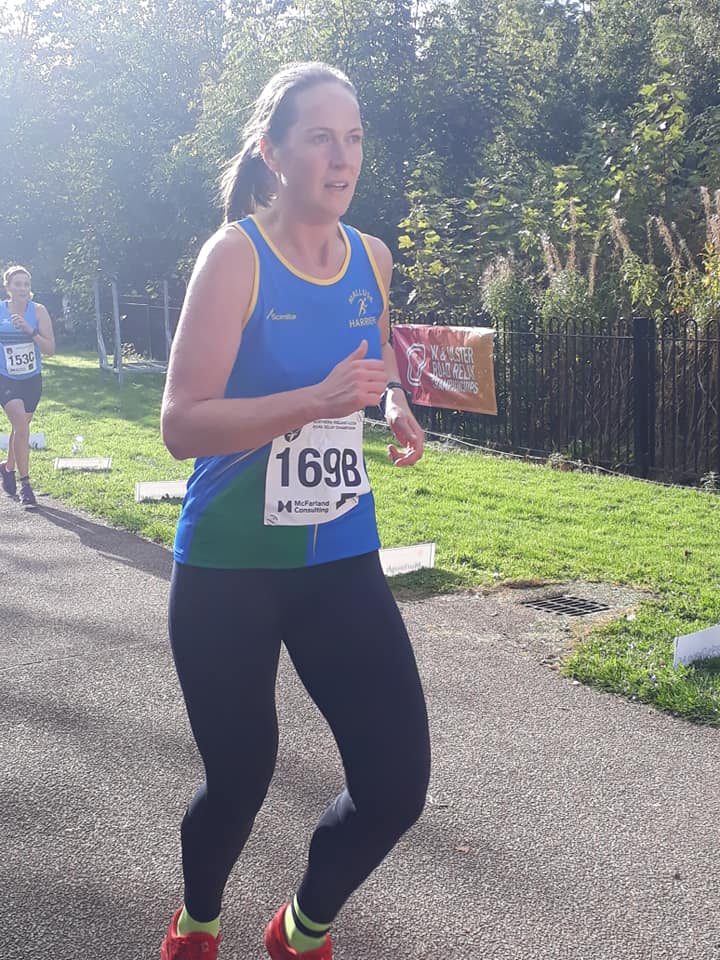 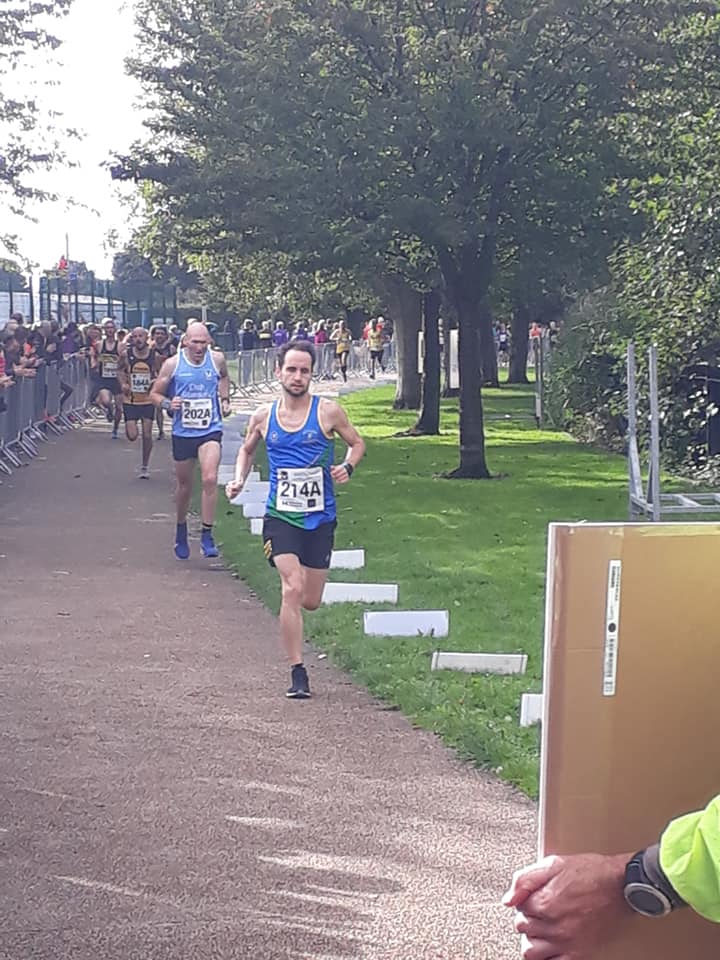 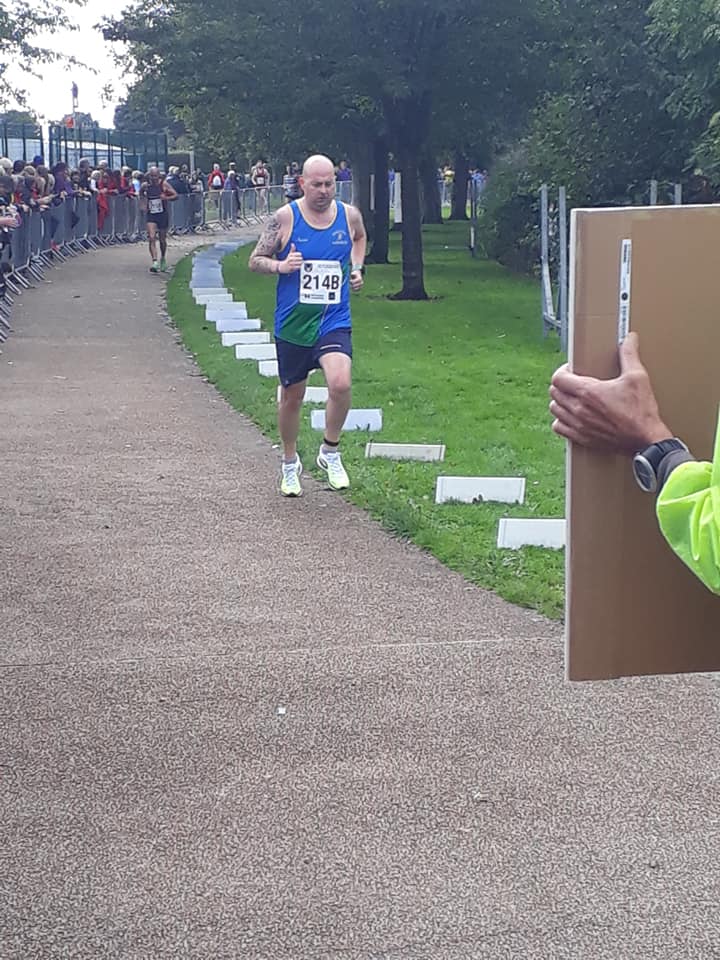 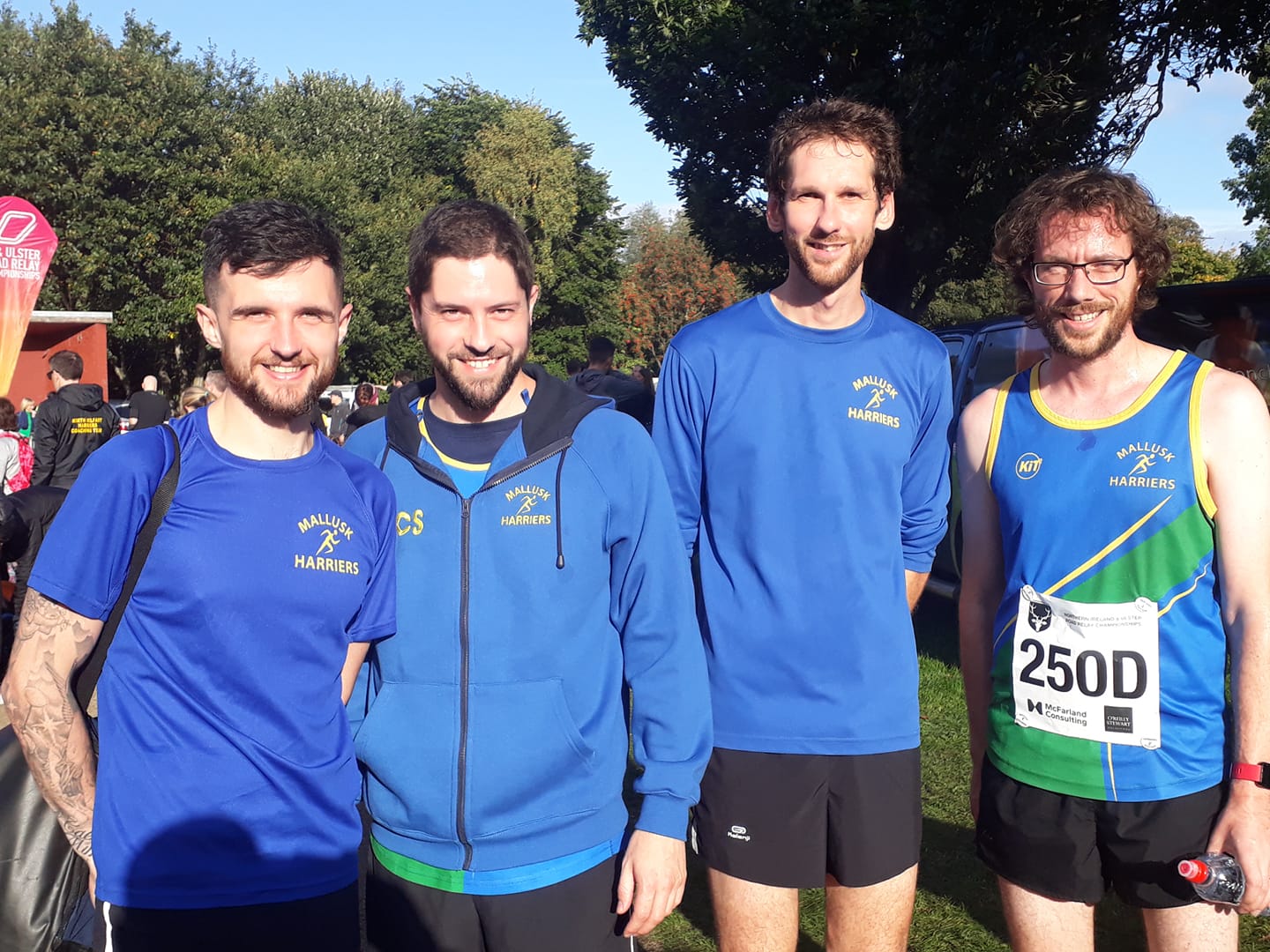 There were at least 4 Harriers taking part in the Dune Half Marathon today but results are not available at the time of writing. It’s a cross border event so it’s probably Boris’ fault.

There may have been Harriers at the Craigavon ¾ Marathon event too but there are no results available there yet either. Probably not Boris’ fault; it’s just Craigavon. The results are probably still circling a roundabout somewhere.

So, this week’s song is for those who represented the club at the relays. I could have used the Van Morrison song, Orangefield. But this is better. And is still orange. 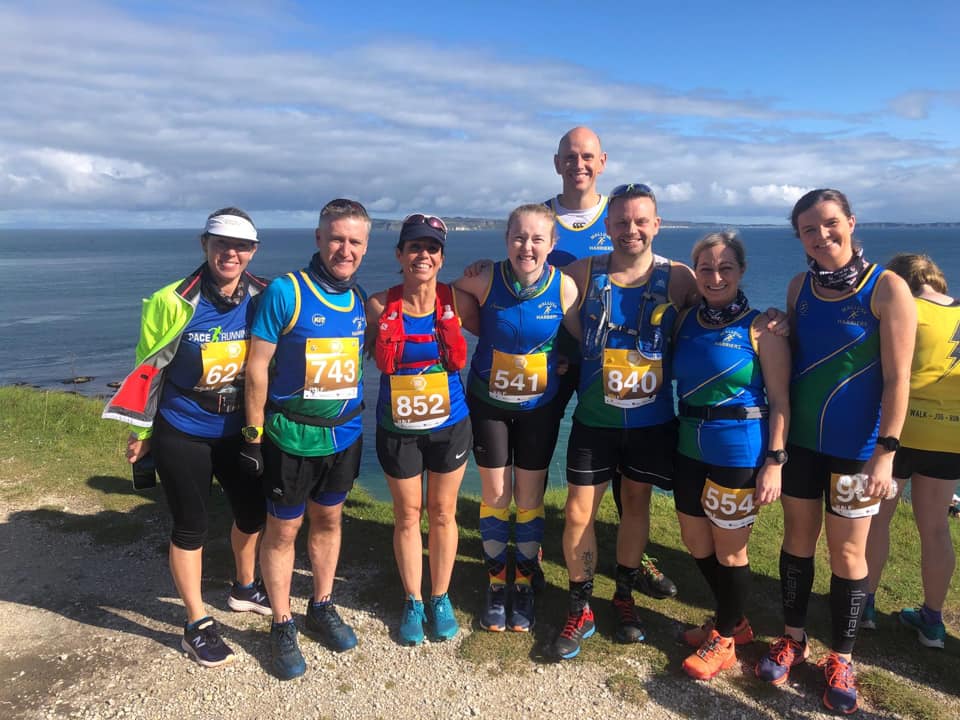 A busy week for the Harriers this week, on the road, over the hills, internationally. Plenty of running. And Utd haven’t even got beaten this weekend. Yet.
Not mentioning rugby any more. 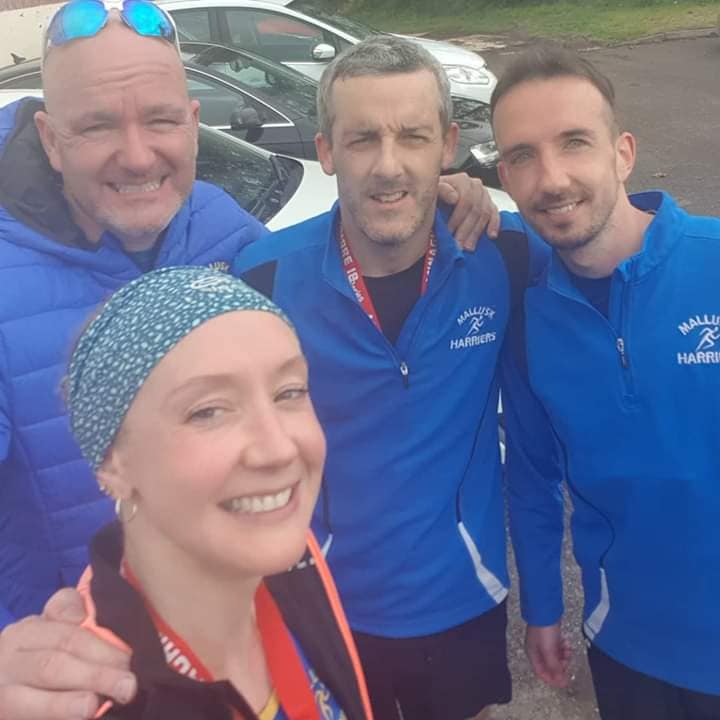 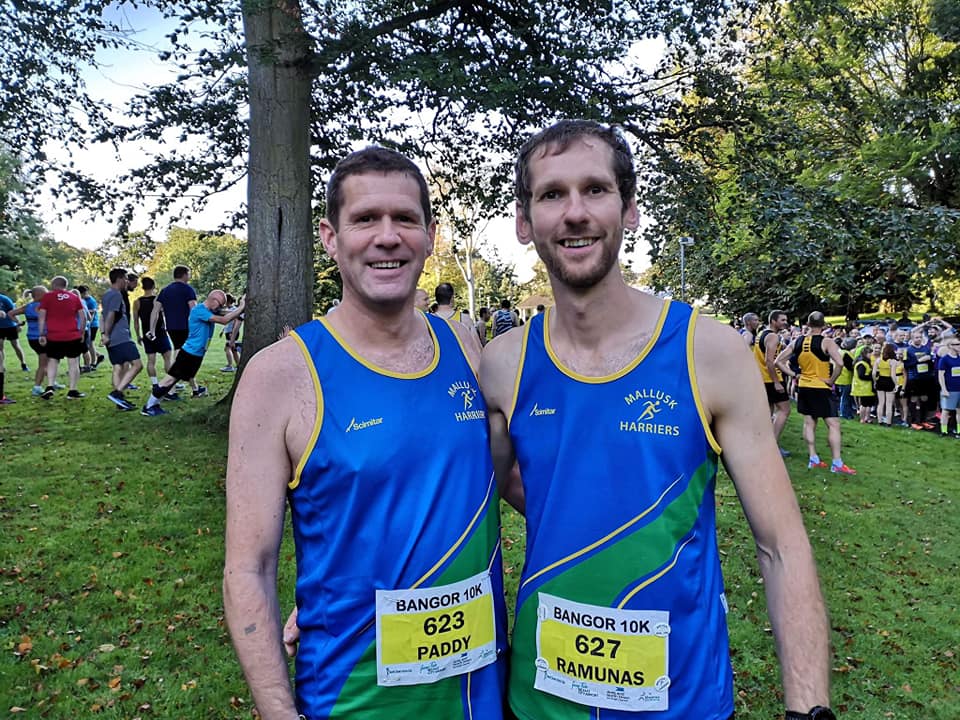 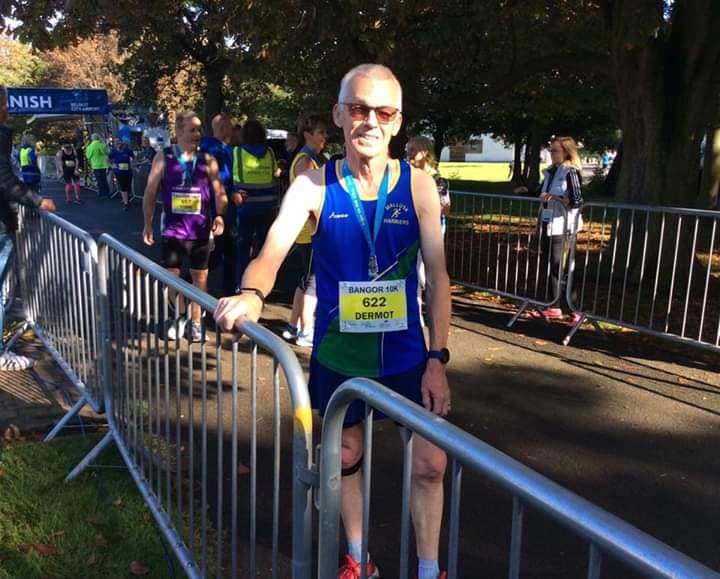 Aidy Hughes tried to outfox me by finding another 5k to run in deepest Tyrone. He completed the Brocagh 5k School Run in 26:18. Duckingstool Point is nearby and they used to dunk suspected witches there. I think they’ve stopped the practice now. But I’m honestly not sure.

Then today it was the Albertville 5k. Yasmin Lynn continued recent good form with another 5k PB in 24:25. Lord Ian Brennan continued his tune up for the upcoming XC season finishing in 24:27. 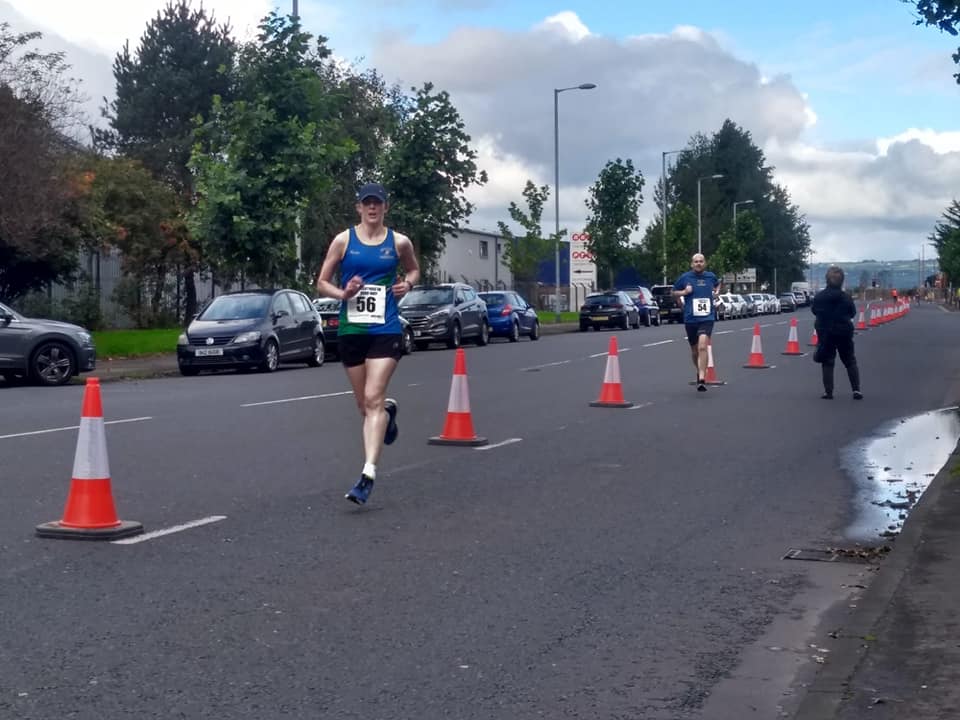 Angela HOTM Stevens completed the Monaghan Half Marathon in 2:10:51. 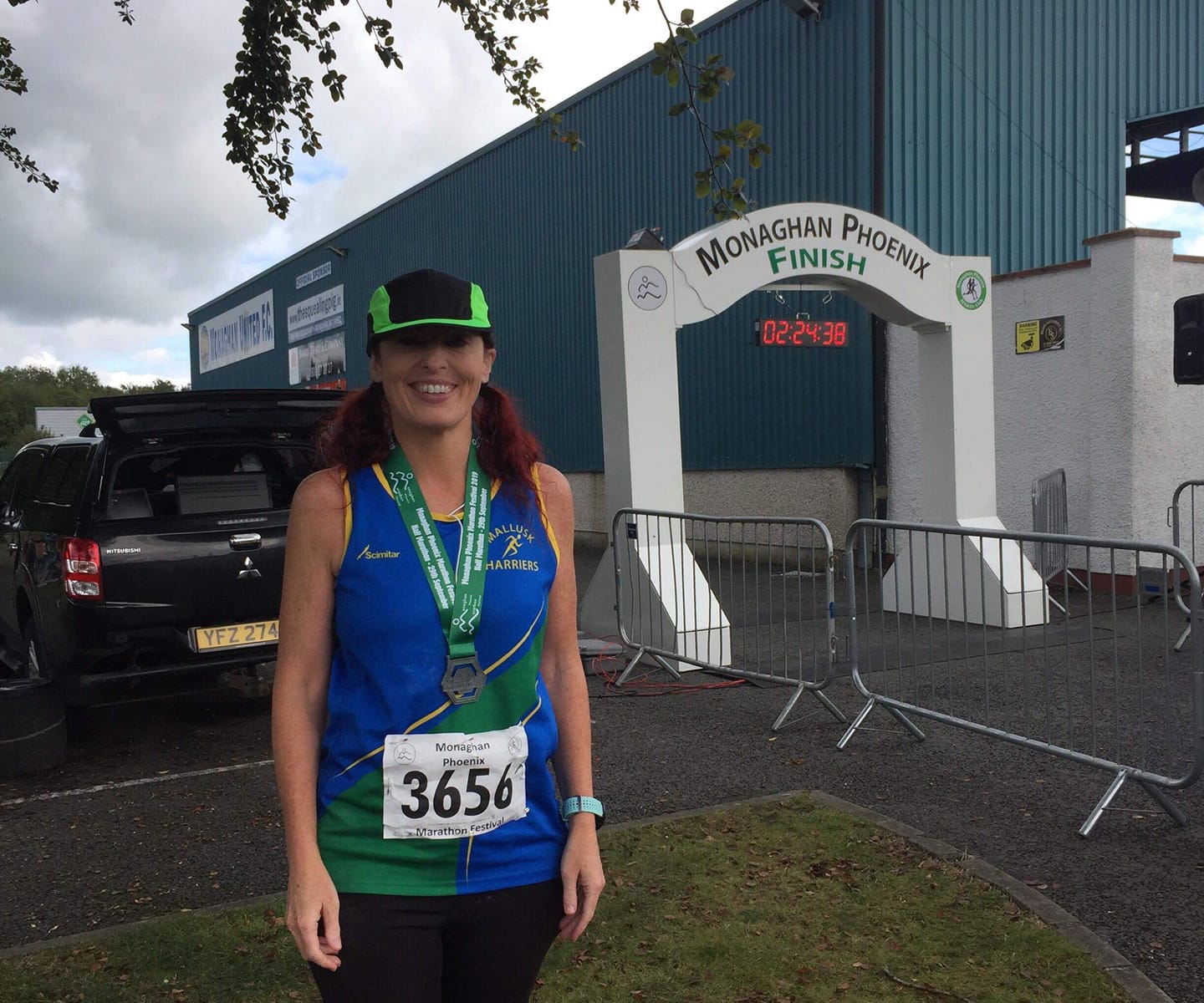 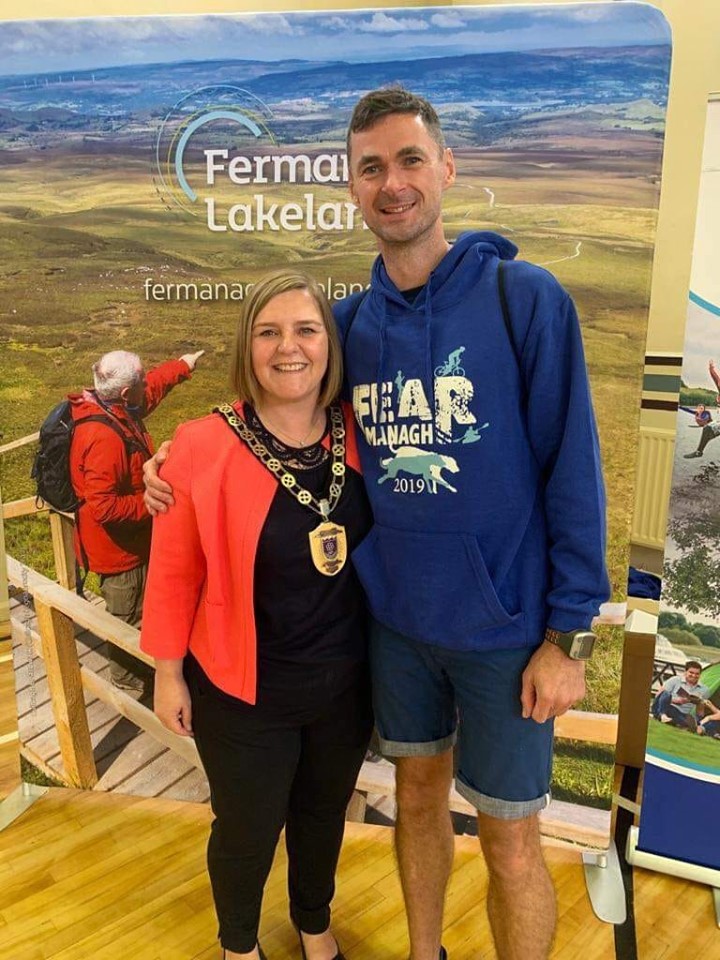 Divis 10k results are not available at the time of writing so will have to come through on the vidiprinter next week.

On the international front, our very own Lee O’Boyle was in Berlin, taking on his first major of the year. Lee finished in an amazing 2:42:16. Swift! 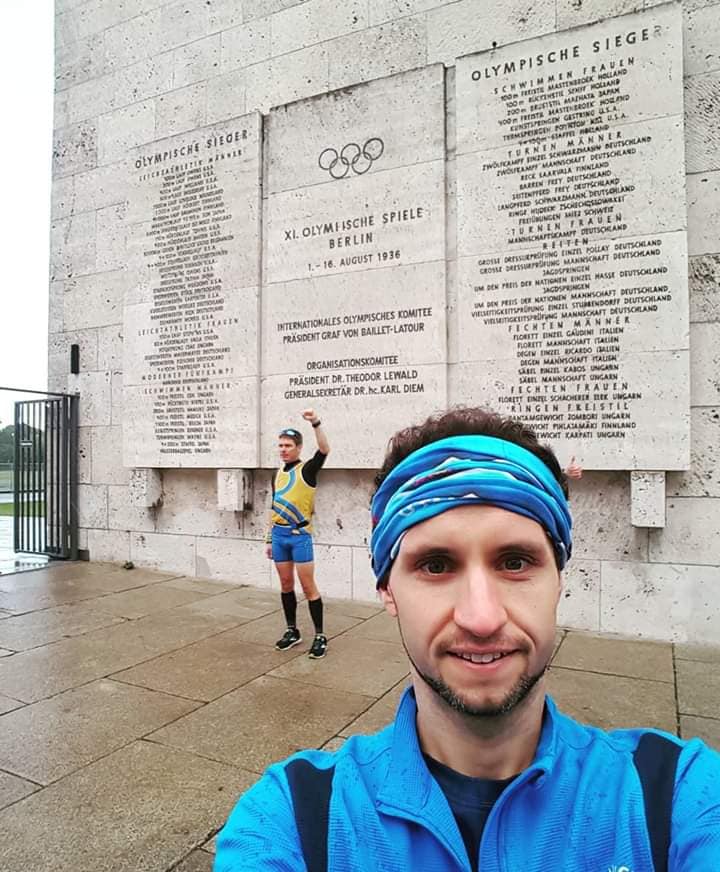 Folks, just another reminder to note any non-parkrun results in Team App if you want a mention in the report. Trying to match posted photos to results lists can be hit and miss and you may be excluded. Also, please always include your club name (correctly spelled!) wherever possible when entering events. Cheers.

So, this week’s song is for our Berlin hero. Yes, I could have used that Bowie song. I could have used Iggy Pop. I know Lee would personally have loved “Take My Breath Away” from Top Gun, sung by Berlin. But I’ve chosen the best song that U2 ever wrote about Berlin Zoologischer Garten train station. 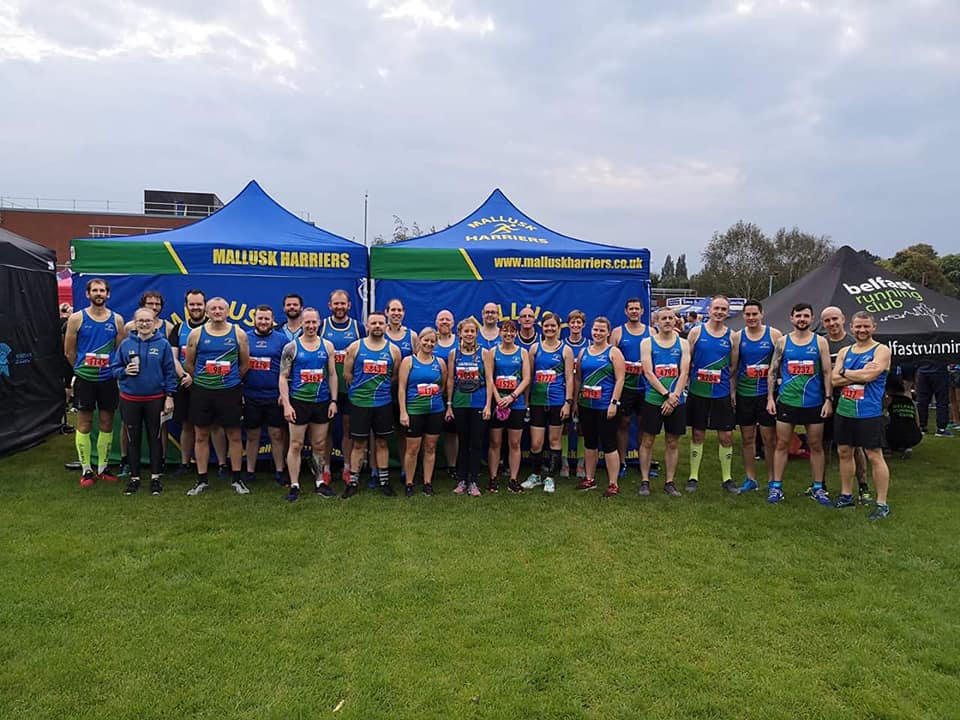 On Sunday, it was raining outside, Utd took another tanking on live tv, people kept talking about something called rugby. Not my favourite day to be honest. But I put my family sized trifle down long enough to read the Half Marathon results achieved by the Harriers and that cheered me up. A bit. More of that later.

And ADav was at Orangefield, 20:41 (and second place overall)

No racing during the week this week for anyone as you all prepped for the Belfast Half. Such dedication!

So, this week’s tune is for everyone who ran the Belfast Half, for those who supported and those who organised the Shebeen. Half a World Away was too obvious.
It has to be Half Man Half Biscuit. Not only do they use the word half twice in their name, they also gave us the only song I know of that is dedicated to Lurgan’s most famous snooker referee (The Len Ganley Stance). Honestly.