Mallusk Harriers is a community based running club that is committed to supporting our local community in many ways, including:

Over the years, the members of Mallusk Harriers have been actively engaged in supporting local charities, raising awareness and much needed funds required to deliver vital services. In 2017, club member Alan Ladd, along with his brother Jonny and a team of 7 Mallusk Harriers set themselves a unique running challenge which was to tackle all 24 of Northern Ireland’s parkrun routes in 24 hours. This challenge was done in memory of Alan and Jonny’s mother who was diagnosed with breast cancer and passed away in 2014. Alan and the team completed the challenge and raised over £10.000 for Action Cancer. 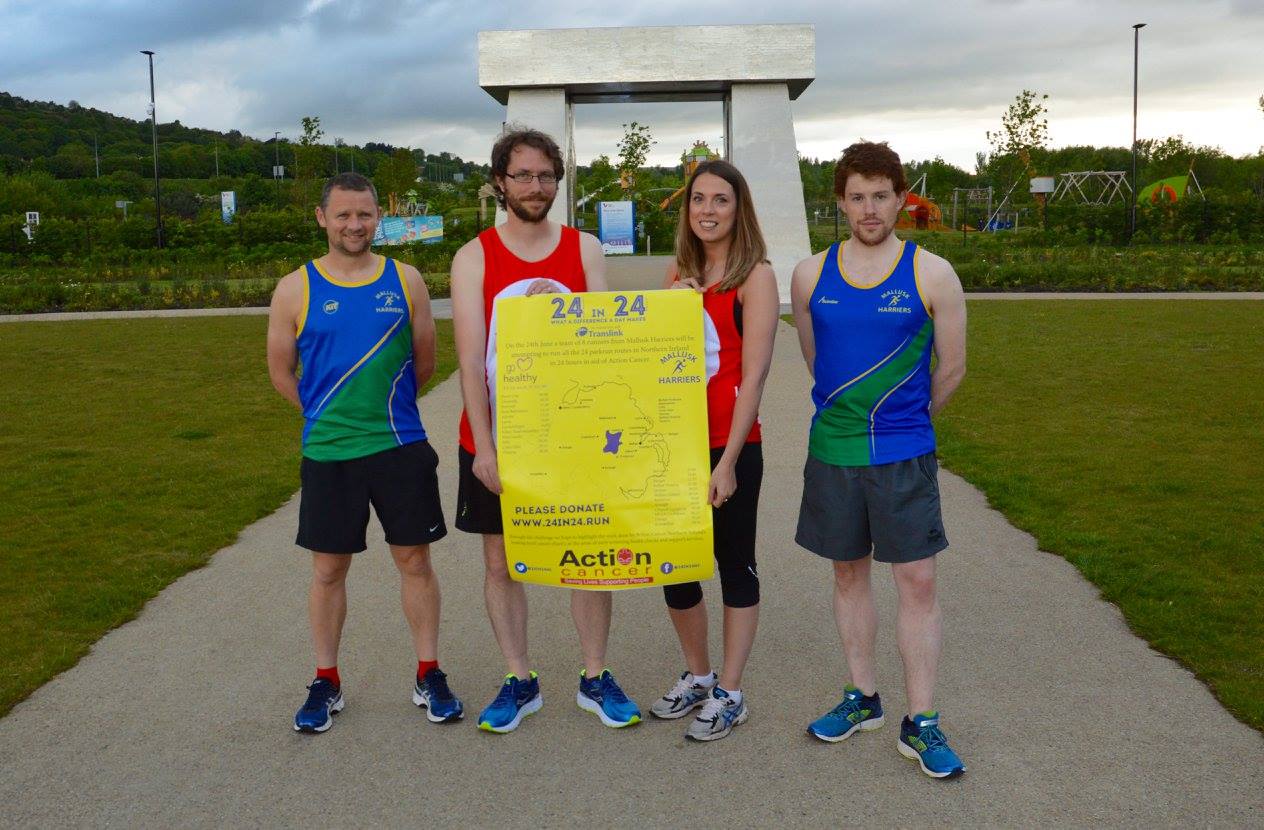 Photo: Members of the original 2014 24in24 team with representative from Action Cancer.

Two years later in 2019, and the challenge was once again undertaken, this time to raise funds for the Northern Ireland Children’s Hospice, a charity which is close to hearts of many club members and their families, and which provides crucial support to children and their families throughout Northern Ireland. Again, the challenge was a huge success raising in excess of £10,000. 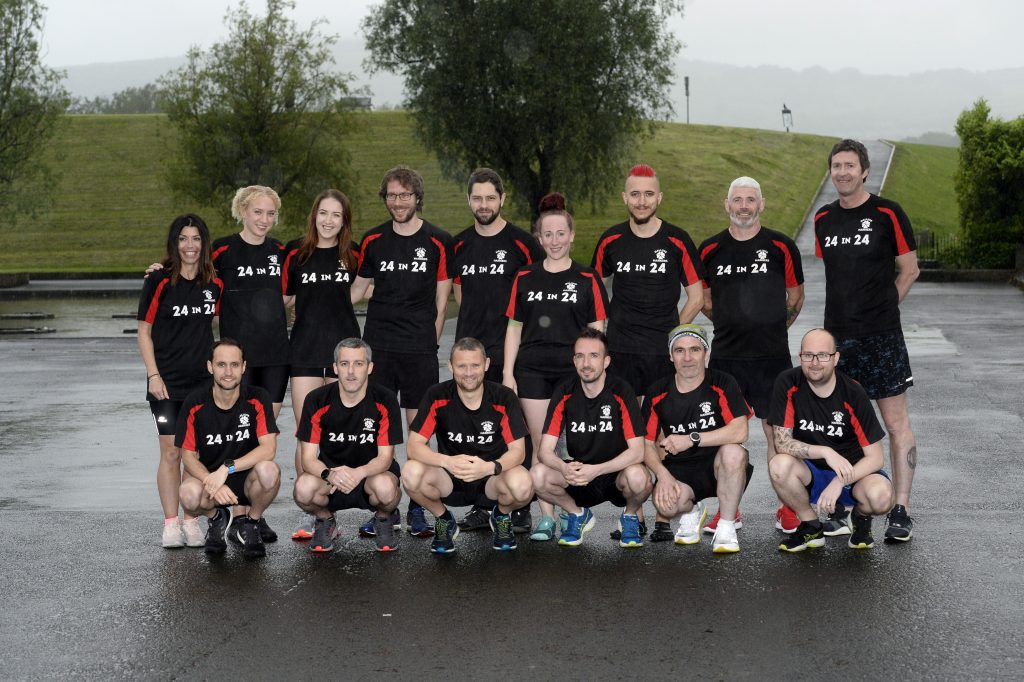 Our current charity partner is Lighthouse, an organisation based in North Belfast and which provides much needed support services to families who have been bereaved due to suicide, as well as promoting positive mental health. To date, our members have raised over £2,000, largely through our ‘Gimme 5’ virtual run challenge in early 2020. Unfortunately, due to Covid-19, plans are on hold but we are looking forward to continuing to support the work of the Lighthouse when we emerge from the current period of uncertainty. 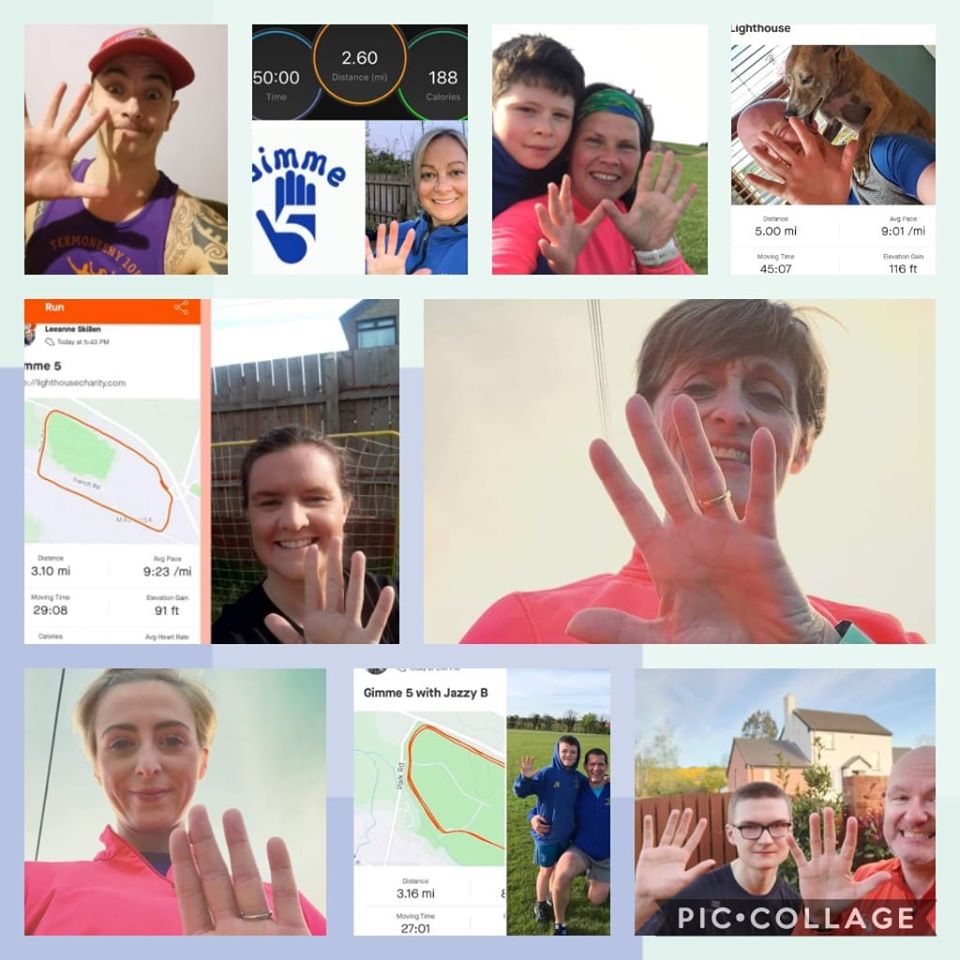 Photo: The running community gets behind our ‘Gimme 5’ campaign to raise funds for Lighthouse

We are a running club that believes strongly in promoting physical activity in our local community, which is why we run a Couch to 5k programme every year. Since it started, his programme, ‘Run Newtownabbey’ has seen several hundred people complete the course, with participants learning to co-operate through lifeskills development, including team building and leadership with a focus on socialising and friendship. Many graduates of the course go on to become members of Mallusk Harriers and other running clubs. We hope to be able to offer our next Couch to 5k programme in Spring of 2021. 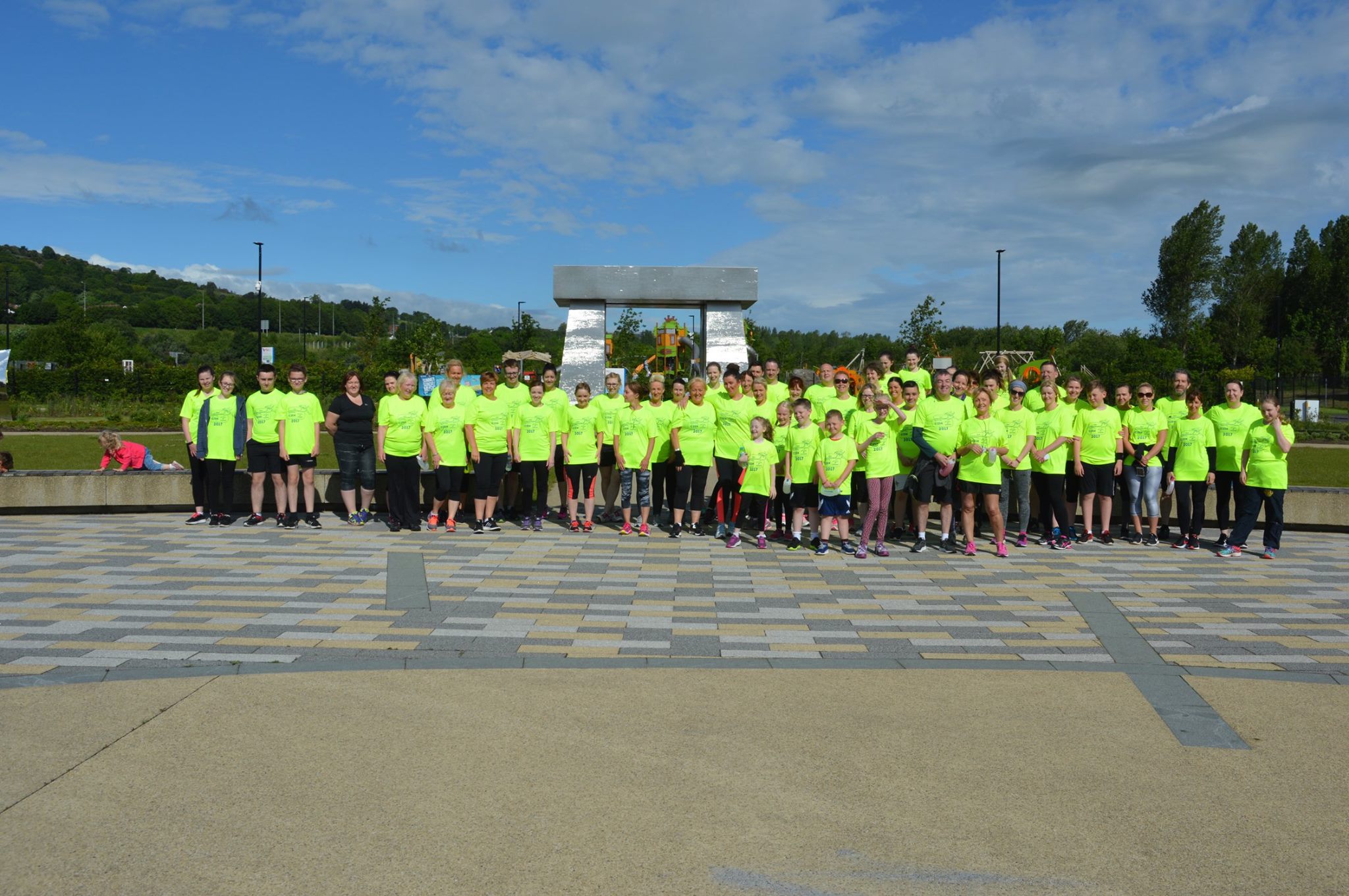 During the Covid-19 lockdown, our members were delighted to be able to support the Newtownabbey Foodbank, with regular food collections and donations which, in their words was ‘invaluable’ given the unprecedented pressure and demand on their services during the lockdown. In response to a request, we were also pleased to be able to put together a package of over 150 shower gels for use by local nurses on the COVID-19 ward at the Mater Hospital. Also, our members organised several collections for much needed children’s clothes which were donated to Homeplus NI.