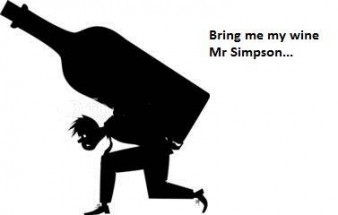 Things are starting to get a bit heavy…

With the running a little lighter on the ground for the past week, this allowed for the first of many training weekends… training…?

Armed with sleeping bags and all, 27 of our Harriers took to the Share centre in Lisnaskea, to enjoy a run with a difference. The team was due to partake on long runs, swimming and canoeing, all the good healthy stuff that prime athletes do, although for the life of me I don’t know why they had to stop off for cases of beer and wine…

On the morning after the night before, many of the runners did manage to trail themselves out of their slumber to join in the Enniskillen parkrun around the tranquil surroundings of Castle Coole. Some were taking the run at a gentle stroll and others challenging the course. There was also an inter club challenge with a small wager between two members, one at the Enniskillen and the other at the Valley, Clare Teer took on Ian Simpson’s challenge to see who could achieve the better recorded time.

Results as follows:
Clare Teer 29:24 -V- Ian Simpson 29:25
Although both runners hit a PB, it’s very uncanny that Mr Simpson lost by a single second, a debt is a debt sir. Unless there is a double or quit option…??

A special mention goes out to Louise Ladd who decided against the run, but did throw her services into volunteering. And an even bigger shout out to Joanne Haddock who hit the 50 mark, parkruns that is… well done to all.

Whilst at the Waterworks Patsy Hamill’s training for the Berlin marathon continues to go from strength to strength with a smashing run at the Laganside 10K last week, Patsy followed up a second place finish in 18:37.

On Saturday morning Lauren Whitehouse took a leisurely stroll around the Blackhill parkrun in a time of 35:37, this allowed Lauren to loosen up the muscles for the next day when she was about to embark on her first Half Marathon, and what a run to take part in.

Lauren who has recently joined Mallusk Harriers, took to Tyneside to compete in the Great North Run on Sunday and soak up the great atmosphere. She finished her first half in a time of 2:33, great running Lauren we all at the club are extremely pleased for you… we know you tried to catch that fella Mo, but he had an advantage being right up at the very start. Chancer, I bet he didn’t even have to pay for the race…

For many of us within the club an early start to Sunday has become the norm with an early rise, breakfast and training gear on and out the door for a long run, from anything between a 7 to a 20 miler. 99.99% of these run routes and various water stops are organised by Martin McCready.

Not only does Martin organise some smashing routes to run, he also often sacrifices his own run to ensure that the very last runner within the group does not get left behind, all our runners are grateful and extremely lucky to have such a great and inspirational guy within our club.

So, nearing the close of the road running calendar, we all could be forgiven for thinking that after several full marathons and numerous half marathons and countless training runs, Martin may have been a little dead on his feet when he took on the Mary Anderson colour marathon. But he did have one last trick up his sleeve (was that a purple Garmin you were wearing???), running a perfect race, in a course that is described as a beast of hills.

Martin ran perfect splits in 1:51 for the first and second part of the marathon, finishing in 37th place with a personal best time of 3:42, an eight minute PB on his previous marathon… in the words of Martin himself, ‘What the hell were you doing in the last one…?’.

Martin as many of us all have already spouted on Team App, extremely well done and you have become an inspiration in running to us all… congrats lad…!!!

Again apologies if any of our runners have been missed out in this week’s report, as I am sure someone may have been overlooked …
Safe running to you all, ‘pay it forward…’ and remember ‘Right to the Line…’