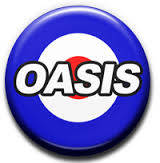 You got to roll with it…

This week’s running activities for the Mallusk Harriers took place at Stormont with the annual Run in the Dark 5k and 10k runs. The club had 6 folk up the hill to lay down the law, even Mick’s headband was traded in for a happy Harriers hat to help brave the elements. Michael McFarlane 51:31, Deborah Ewing 52:44, Jim Hewitt 53:51, Tina Steele 59:11, Darren Taggart 58:37, and finally, but not without a huge mention Ian Simpson. Ian began running back in April of this year through the couch to 5k program and was always first to admit the challenge that lay ahead. Even at the very beginning Ian mentioned how difficult it was just to run for 30 seconds. With every challenge thrown out each week, not once did Ian give up and began to find solace in running. This has made him become more pro-active and pushing himself on that bit harder ever week. Ian returned from the folks on the big hill with a cracking new PB for the 10k in a time 60:26.

At the Waterworks, young Danny Donaldson came in fourth with a new PB for the course for himself at 19:09. Patrick J Hamill followed with a time of 25:37 and Tiffany McAllister returned in 30:15 and more notable a new PB also for the course.

Over at Victoria, Robert Gould is still hot on the heels of his youngster Robbie, Robert recording a PB for the 5km for the second week running with a 21:01 and young Robbie with a time of 19:43. Also in attendance were the two ladies, Gillian Bainbridge and Julie Tully. With Both ladies recording a PB, Julie with a time 29:04 and Gillian with an impressive 25:52, very well done ladies…

On home turf at the Valley, the following Harriers were led home by leading lady on the day Nuala Muldoon with a time of 23:44, closely followed by the aerodynamic duo Martin Keenan and Alex Davidson in 24:51. The gents were closely followed by Louise Keenan, 25:51 and Duncan Baxter 26:46, with Duncan notching up a new PB. Anther PB handed out on the day was to Anna Marie Barrington, Tuesday night speed work paying off and it showed as, AMB came in at 27:59. The final PB on the day for the Harriers went to Lauren Whitehouse in a time of 34:56, pretty impressive as Lauren had been laid up with injury for the last 6+ weeks. The remaining of the Harrier folk returned home as follows: Chloe Davidson 28:01, Jennifer Butler 28:22, Robert Jackson 30:10, Alan Ladd 30:13, Louise Ladd 30:19 and Ben Davidson 31:41.

The remainder of the Saturday park-running kids took themselves off to Antrim for a gentle stroll, we did have a nice mixture of gents and ‘The Harriets’ (as now known by our very own Fidelma). The happy Harriers was dragged home by Deborah Ewing 24:20, Tina Steele 25:59, Brothers Grimm Paul & Ciaran Skillen 26:59, Fidelma McCoppin 29:07, Tom Wylie 30:00, Martin McCourt 30:01, Martin McCready 30:03, Jennifer McCoppin 33:06 with a new PB, Joanne Haddock 33:49, Rosalind Stitt 36:13 and Karen Marsden 36:38 also obtaining a new PB for the 5km run, well done ladies again the Tuesday evenings helping with the times.

One photo to the next – from Right Said Fred to Matt & Luke Goss… the brothers Ciaran and Paul Skillen inherited a lead guitar, a bass guitarist and a drummer (but not McDuck) and in a click of the camera the lads suddenly obtained their ‘Oasis’ and hotfooted off to the Sperrin Harriers’ race at Lough Fea. From a personal perspective, an extremely well organised event in a smashing location, with a great spread at the finish, all for a cracking price. Just to be able to help support other running clubs’ race events was an absolute joy for all of us at Mallusk who attended. #Hard2Wack

Our sole representee at the Tollymore 26 extreme outing went to our runner of the month, Elaine Kennedy. Elaine took part in the Half Marathon and braved what was described as horrendous weather, or in runners terms ‘rough, but not that bad for a wee run…’ Elaine excelled and returned in a smashing time of 2:01:23, extremely well done on what is a nice tough trail run.

Sunday allowed for some of ‘The Harriets’ to volunteer at the Decathlon 10k and half Marathon, to which from all accounts they did a fantastic job, although I am unsure if Nuala Muldoon appreciated the noise around the sore head. Nuala weighed into the 10k run a bit like our very own Brian ‘McDuck’ McDonald had previously approached races… “am I still half cut or is that the hangover kicking in…?” Not deterred, Nuala recorded a fantastic time of 47:12 very well done Nuala… Darren Taggart rolled up his sleeves and braved the horrible conditions and took on the half marathon and returned in a respectable time of 1:58:08, certainly a bit shy of his PB for the half but never so glad to just get the run completed. Also running in the Harriers vest was Michael McAuley. Michael came home in 35th place and a new PB for the 10k in 42:47, smashing running Michael.

Last but not least the headline is held for Mr Simpson… Not content in notching up one 10k PB in a week he just had to go one better and catch a new 10k PB, but more importantly dip under the hour mark, a goal Ian set himself to achieve in a year or so, although what a difference 7 months running can make. Ian recorded an impressive time of 56:58… (Take it the wind was at your back all the way!!!). Ian, what can I say, but absolutely fantastic running, good sir…!!!