Clocking up the miles…. 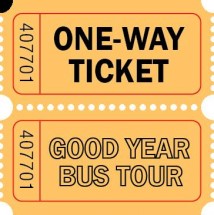 Clocking up the miles….

As the holidays have now subsided, time to draw breath and get back down to business to exercise those demons of the dreaded mince pies and mulled wine. Our reports begin with the old Belfast saying ‘Double Dunter’ with opportunity to complete two parkruns in two days with the annual Christmas day bash followed by the regular Saturday run on St Stephen’s day.
Christmas morning saw a good contingent of Mallusk Harriers enjoy the run but more importantly to cheer on two of our own runners on reaching their milestone event of 100 parkruns.
The gents who completed the milestone were our chairman, Noel Bloomfield who also gives up a lot of his time as a coach to all at the club and Martin McCready. Martin oversees marathon training for all at the club, not to mention his crap jokes around the 17/18 mile mark, how my ears have suffered… A special mention to Martin McCready’s better half Anne Smith who also completed her 50th parkrun on Christmas morning also, a great achievement guys from all at the club on reaching the mark of 100th and 50th not out…!!!

On to the typical parkrun on Saturday the 26th saw the following complete at the Waterworks and the Valley whilst for the rest of us took part in the clubs annual Turkey run (hangover cure).
Results as follows:
Folks at the Watts: Danny Donaldson 19:26, Patrick J Hamill 25:56, Tiffany McAllister 31:39.
Running up that Hill: Alan Ladd 21:08, Alex Davidson 22:27, Nuala Muldoon 24:36, Louise Ladd 38:00.

Back to back, well almost…
The second opportunity presented itself to run two park runs, this time in one day, with the initial run commencing at the Waterworks at 9:45am. Credit to the volunteers in calling the run too risky, with the overnight and early morning frost, the run would have set many in danger, good call guys and many thanks for your time that is offered each and every week, without them there would be no parkrun. Next up allowed for the biggest parkrun in Ireland with over 500 runners taking to Stormont, fantastic to be part of and from a personal point of view a nice run indeed.

Later that afternoon allowed some maniacs, oops Harriers, to run the New year opener ‘The Race Over The Glens’ hosted by Ballymena Runners. With all our runners notching up PB’s from the previous year’s run, very well done to one and all competing in the run.
Michael McAuley 47:40, Martin McCourt 48:49, Martin McCready 49:41, Tom Wylie 53:41 Elaine Kennedy 58:43, Alan Kerr 60:35, Noel Bloomfield 61:30, Duncan Baxter 66:49.

The final parkrun over the festive period took place on Saturday the 2nd January 2016. I must admit by that stage, I had totally lost what day and date it was, so here it goes…
At the Waterworks: Danny Donaldson 19:02, Patrick J Hamill 26:35, Tiffany McAllister 30:39.
Up at Antrim: Alan Ladd 19:55 with a New PB, Martin McCready 21:56, Tom Wylie 22:44 with a New PB, Deborah Ewing 24:27, Tina Steele 26:32, Jennifer Butler 30:08, Leeanne Skillen 30:09. Last but not least Siobhan Dempsey 33:19, Siobhan has totally got bored with these 5k runs and felt it was not long enough and decided to do three laps of the castle grounds… yep numpty of the week goes to Siobhan, but after all said and done a great time for a 4mile run all the same…

The final event was on to the Born2Run 10k forest trail run at Kilbroney. True to form, first to lead the charge home in the Harrier colours was Patsy Hamill, the lad just loves the trail runs although admits it was the toughest to date. He did manage to return in 24th place in a time of 42:50, well done Patsy… Next home was David Mullan 58:08, followed by Kelly Nelson 84:05, Joanne Haddock 84:06 and Lorraine Forsythe 88:06… smashing running folks…!!
With the festive season now over us all, this can only mean one thing… the serious long dreary miles of marathon training with over 25 of our runners competing in Paris, Manchester, London, Belfast, Liverpool and of course Newry… good luck to all…!!