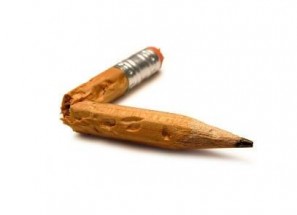 Rewinding to the week gone by, not that one the other one…

Close to being one the busiest weekends of running for the club to date, with numerous parkrun events, road and XC races. Beginning at the Waterworks park run, young Danny Donaldson continued his consistent running with a 6th place finish in a time of 18:58. Following Danny was the ever present Patrick J Hamill returning in 24:40, next saw Anna Marie Barrington notch up a new PB in a time of 25:38 and closely followed home by Tiffany McAllister, who is also going from strength to strength and also hitting a new PB with a time of 29:22, great running ladies and gents.

Further up the road, in Ballymena to be precise, Alan Ladd took to a gentle stroll around the Ecos parkrun before taking on the ABO Wind Raceview 10k. Alan completed the parkrun in a time of 30:01, perfect pacing or just lucky… I’m going for pacing myself.

As for the ABO Wind Raceview 10k race, Alan was first of the Mallusk Harriers to cross the finish line in 21st place with a great time of 42:00 (yep I was right perfect pacing) and only 3 seconds off his PB for the 10k on what was a hilly run, certainly would say job well done. Next home was Darren Taggart on home turf and a slight advantage over the city folk, Darren came in with a time of 50:18. Next home was also a mid-Antrim native, Louise Keenan returning in 52:53, great to see you back racing Louise… Janet Grew was the next Harrier to cross the line and in true birthday style managed to start the celebrations with a new 10k PB in 55:37, I suppose it made the wine taste that little sweeter… our final runner was Catherine Boyd, plagued by niggles and pains Catherine completed and returned 56:16. Very well done to all…!!!

Back at the Antrim parkrun, the club had 6 runners taking on the castle grounds with Susan Thompson returning first for the Harriers in 23:59. Not quite enough running for Susan, she decided to take herself to Stormont for Cross Country. Next home for the Harriers was Deborah Ewing in 24:30, Tina Steele 26:02, Tom Wylie 28:26, Jennifer McCoppin 37:43 and Rosalind Stitt 37:49.

Meanwhile at the Valley parkrun, Mr Davidson notched up yet another great run, Alex returned in 3rd place with a time 20:48. Alex was followed in by Nuala Muldoon in 23:09 and by doing so notched up a Valley parkrun PB, well done young lady…!! The remainder of the Harrier field saw Laura Rose 27:11, Fidelma McCoppin 30:36, Hannah Mulgrave with a new PB 30:37 and Robert Jackson 31:26.

The lone ranger up at the Desertmartin 10k road race was Martin McCready, Martin returned in 21st place with a great time in what was described as ‘an undulating course’ with a time of 45:38, great running sir…

Another event over the weekend the Harriers had representation at was the Resolution run in aid of The Stroke Association with Deborah Ewing in a time of 54:37 and Tina Steele 55:49, great running ladies for a great cause, very well done…

The finale of the Born2Run run forest run 10k event saw the bandwagon rolling onto the beautiful surroundings of Castlewellan forest. The usual Harrier suspects were in attendance with Patsy Hamill at the forefront returning home on the hilly course with a smashing time of 41:26. Patsy had great cause for celebrations as not only did he complete the full set in the series, he laid claim to the T-Shirt. He also managed to top his age category in the Men’s 35, which can only set you nicely for the upcoming year in the blue and green of Mallusk, very well done from all at the club Patsy. Another gentleman who also completed all series runs was David Mullan, given that David’s first run at Minnowburn was little over 60 minutes it is clear to see the strides David has made hitting PB’s in many of the runs and completing the Castlewellan run in 51:43. Yet another lad that has gained great reward in his running is Ian Simpson. Ian came to the club on the back of the couch to 5k programme and through sheer determination Ian has pushed on and challenged himself and notched up PB’s throughout the year, Ian finished Saturdays run in 59:15, with his sidekick and running buddy Clare Teer accompanying him across the line in 59:15. The final lassies or otherwise known as the troublesome trio Joanne, Kelly and Lorraine (only joking ladies), completed the series with all goals accomplished going from 5k to 10k, well who knows what is next in the challenge, very well done ladies.

The final cross country event of the year lent itself to the NICSAC at Stormont Estate for a very well organised event, although I would expect nothing less from Mags and her band of volunteers, most notably those from Mallusk Harriers that gave up their Saturday morning and afternoon to help. Great work on the volunteering front from Noel, Martin, Jennifer and Gary, and not forgetting our adopted friend to the club, Anne Smith… job well done by all.

On to the running, this saw some of the first outings for many of our junior runners ‘The Mallusk Minis’ with the sister act of Leah & Maili Skillen competing in the primary school category. It may have been Maili’s first ever run, maybe that’s why she didn’t understand the club ethos of right to the line as she occasionally returned to the back of the field to see if her older sister was ok. Does her Dad not teach her anything? Extremely well done girls…!!! Next up was brother and sister Joshua and Natasha Nelson, with mum away running at the Castlewellan 10k race this allowed dad to cheer both on from the side lines in the U13 boys race and U13 girls race, and indeed both put in a smashing performance, great running Joshua & Natasha. The next set of juniors running was Ben and Chloe Davidson, competing in the Boys U13 and the girls U15, with both putting in sterling performances with a very proud mum and dad. Very well done to all of our juniors and we all at the club are looking forward to the forthcoming year with more outings in the club colours. Later that afternoon the club had runners in the Men’s and Ladies open & vets. First up and fresh from her parkrun was Susan Thompson. Susan competing in her first ever XC, she certainly did do well and returned in 43rd place in a great time 23:41, great performance Susan. In the gents race Tom Wylie and Michael McAuley took to the course with Michael returning in 32:36 and Tom coming home in 36:49, smashing running lads. Let’s hope next year we can tempt more lads and lassies out to the cross country events.