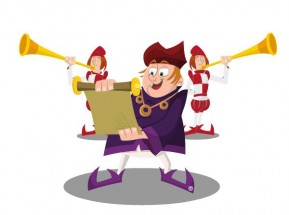 Normal Saturday running usually paves the way for the weekly parkrun events, although for 15 Mallusk Harriers the lure of the scenic village of Carlingford to take on the half marathon and 10k road race on the Cooley Peninsula was too great to turn down. It may have been extremely hard to beat the stunning surroundings of the village and the peninsula, but try as we did the 15 Harriers pulled off stunning results with all of the 13 half marathoners returning in under the 2 hour mark, with some notable personal bests obtained in some testing conditions for the last 5 mile of the race when met with strong head on winds.

First to return home in the half marathon was Martin McCourt in 73rd place and with a new personal best of 1:34:14. Martin was followed home by Ciaran Skillen, Ciaran was competing in his first half marathon and notched up a great time of 1:39:19. Not to be out done by these speedy lads, Susan Thompson came home in a smashing time of 1:40:45, although not a PB for Susan she did manage to be the 7th lady home and first in her age group, top marks for a lady that has been plagued with a niggling Achilles pain… The trend continued with another personal best for Lisa Brown, the next Harrier to cross the finish line with a great time of 1:44:57, next to cross the line was Tom Wylie who also picked up a personal best with a time of 1:46:51. This paved the way for the next influx of female Harriers with Nuala Muldoon 1:48:36, oops sorry Benny McGeown (male runner) 1:49:50, Elaine Kennedy with a new PB of 1:54:36, followed by Siobhan Dempsey running her first half marathon in a great time of 1:54:43. Next also competing in her first half marathon distance was Jolene O’Donnell, Jolene finished in 1:57:14 and was followed home by Paul Skillen (also a male runner Benny…) 1:58:01. The remaining two half marathon runners crossing the line to collect their bling were Noel Bloomfield and Jennifer Butler in 1:59:23 with Jenny recording a personal best for the distance.

The other two runners taking to the Carlingford roads were Laura Rose and Leeanne Skillen. Laura managed to return with a personal best with a great of 52:27, whilst Leeanne managed to pick up loads of new friends chatting her way round the 6.2 miles but did still return in a great time of 64:13, great running ladies… a smashing achievement by all and great to get the blue and green vest out on the roads…!!!
Whilst at home at the Valley parkrun Alex Davidson continued to push hard around the course and returned in 2nd place with a time 20:27 with a new PB and followed by Neil Campbell in 20:54 also with a new PB. Club juniors, Ben and Chloe Davidson returned home in 28:23. Next home was Fidelma McCoppin in 30:16, Robert Jackson 30:44 and Lorraine Forsythe 52:10.

Down the road at the Waterworks, first home for the club, was Danny Donaldson with his consistent running and a time of 18:52, followed by ladies Tiffany McAllister 37:24 and Joanne Haddock 37:25.

Whilst over at the Queens’ Parkrun was the lonely soul of Alan Ladd returning home in 23:56.

Not to be outdone by lonely souls, Patrick McGuckin took on the Ormeau Parkrun event, returning in 20:55.

Our final accolade of the week goes to Michael McAuley who took on some of the big boys and ladies in the Slieve Gullion mountain race. Being battered, bloodied and bruised did not put Michael off as he returned in 27th place and a cracking time of 40:01 in some tough, testing terrain.

Final note to all, good luck to all our runners competing in Jimmy’s 10k in Downpatrick this Sunday, the first in our club championship schedule.
Again apologies if any of our runners have been missed out in this week’s report, as I am sure someone may have been overlooked…
Safe running to you all, ‘pay it forward…’ and remember ‘Right to the Line…’