More than a running club…. 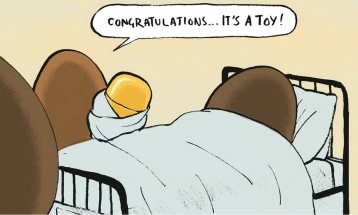 More than a running club….

Beginning with Saturday’s parkrun events, on the home patch of the Valley Alex Davidson was 2nd to cross the finish line and recorded a new PB for the Valley course in a great time of 20:20. Alex was followed home by the first lady finisher Nuala Muldoon in 23:40, next to cross the finish line together was Dave Gibson & Jennifer Butler, with Dave ‘encouraging’ Jennifer to a new PB of 24:55. Not to be out done on the day with PB’s being dished out like confetti, Anna-Marie Barrington got in on the act collecting her PB of 26:02. Laura Rose finished in 27:09, Gillian Bainbridge in 30:30, and club junior Ben Davidson completed the runners for Mallusk at the Valley course in 33:13.

Up at the Antrim parkrun event, first over the finish line for Mallusk was Patrick McGuckin, Patrick who has completed 109 parkruns managed to complete his first Antrim run in 21:05. Next home for the club and fresh from her explosive half marathon run in North London the previous week was our very own Susan Thompson in a time of 22:29, yep a new PB for Antrim parkrun but still a minute and a half off her 5k PB, congrats Susan… Deborah Ewing was next home in 25:42, followed by Birthday girl (and completing her 50th parkrun) Tina Steele in a time of 25:48, congrats Tina on the milestones… Rosalind Stitt returned next in 41:57.

At the Waterworks Michael McAuley was first past the post for the Harriers, with sheer grit and determination Michael put everything into the run to break the 20 mins. Michael did manage a new PB by 6 seconds returning home bang on 20 mins, it will come Michael keep the faith, it will come. Robbie Gould was next in 20:22 followed by his dad Robert in 21:03 and Patrick J Hamill in 25:07.

The final parkrun for the Easter weekend took place at Clermont in the sunny state of Florida, where Joanne Haddock completed the run in 40:04, enjoy the rest of your hols Joanne.

The Pure Running Half Marathon series continued with the third in the championship being held at Omagh. The club’s sole representative was Danny Donaldson, fresh from his blistering 84 mins at Larne the previous week you can slightly forgive Danny for finishing in 77th place over a more testing hilly run in a smashing time of 86:15, extremely well done lad, we are well chuffed for you…!!!

How could it forget the main man of the weekend, shame on me, Sorry Martin… Martin McCready traveled to Cardiff with his better half Anne for the world Half Marathon 2016. Anne had received a place at the run through her sterling work at parkrun, unfortunately she was unable to run due to an injury she obtained ironically at a parkrun. In lieu of the run the organisers afforded her the luxury of traveling in style in the lead car and mixing it up with the big stars, whereas poor Martin was soaked and blown from pillar to post but did manage a smashing run of 1:43, great running buddy… A huge special thanks goes out to OrangeGrove AC for the exceptional hospitality to Martin and over the weekend, many thanks guys for keeping Martin intact…

Three of the lads took the long trek up the Glenshane pass and into the Inishowen peninsula in County Donegal to take on the Ballyliffin 10mile coastal challenge along the Wild Atlantic way against the backdrop of some stunning scenery. Ciaran Skillen continued his fine running competing in his first 10miler and returned in a great time of 77:12, Ciaran was followed home by Tom Wylie, someone who has been rejuvenated and completed in 85:19, a few minutes slower than last years’ time, however last year Tom admitted they didn’t have the added luxury of running the final 2miles on the shingles, and indeed we can vouch for that, it was a tough 2miles to run in. Paul Skillen was our final runner home, like his brother also running his first 10mile event and returning in 89 minutes, very well done lads great to get the Harriers’ vest out and about.

After hours of hiding Easter eggs around her house and garden and with minutes for the little people to fish them out and devour, our Club ladies’ captain couldn’t think of a more relaxing way to spend her Sunday than to travel to Ballygalget 10k. Nuala had forgotten how far it was and indeed how hilly a course, although this certainly didn’t put her off as Nuala returned in a great time of 48:41, great running Nuala.

The Sunday leisurely stroll…
For many this would be to throw the kids and the good lady into the car and take a nice drive up the coast road… Although not for Patsy Hamill, it was the call of the NI Duathlon with a nice sprint session of 2mile run – 10 mile bike – 2 mile run. Patsy pushed hard to break the hour mark for the event and returned just a little short, although still put in a smashing time of 63 minutes. We would all like to say a very well done on the Duathlon, indeed you seem to have ignited a spark amongst a further half dozen members within the club wanting to give this a try, even talking about a MH cycle jersey (no pressure Mr D). Although from my own personal perspective, why did you put those photos up of the race, you made it look an extremely fun event and now I just have to give this a bash…

Easter Monday also saw the 10K race on Benone Beach, hosted by 26 Extreme. Trying to sneak under the radar in her first ever 10K race, new recruit Gemma Fowler returned with an excellent time for the run of 62:03. Ps. Remember Gemma, you can run but you cannot hide, we have spies everywhere, extremely well done from all at the club on a great race.