Pure and simple every time 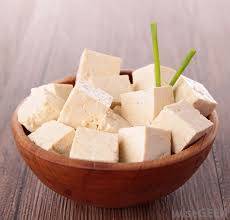 Pure and simple every time

Pure and simple every time…

Apologies folks for the lack of reports over the last few weeks, I have tried my upmost best to keep this report as short as possible and to include as many runs as possible, therefore please accept my apologies if this seems a little bland to say the least… here it goes anyway.

Over the pond at Forest Rec parkrun and coming in 3rd place was Danny Donaldson in 19:15, new PB for the course. Danny was followed home by his better half Tiffany McAllister in 30:18

Ormeau: – Fresh from their travels in Dublin the night before, where Robbie Gould attended the All-Ireland boxing championships, to which he lost in the final to a very talented 3 time Irish Champion, although Robbie did manage to deliver a knockout blow at Ormeau Parkrun of 20:24, closely followed by dad Robert Gould in 21:05, next was Julie Tully 30:40. Well done Robbie, we all at the club are extremely proud of you, well done champ…!!!

Antrim: the lonely soul of Elaine Kennedy took on Antrim in a time of 26:05.

Colin Glen: – Coming first was Alan Ladd, I was a little reluctant to add Alan as first place as Colin Glen parkrun had the gremlins strike their scanning devices, but after some enquiries it was said Alan put in a great performance on a tough testing course in a time of 20:35. Apart from the photos at Colin Glen, Alan has also bombarded me with his Garmin link, very well done Alan…!!! Also at Colin Glen was Martin McCready in a time of 23:52.

Meanwhile down the road, four ladies took on RunHer 10k in an extremely tough course at Delamont. First home for the Harriers was Susan Thompson in a time of 51:03, followed by Deborah Ewing in 53:22. Next home was Jennifer Butler 56:28 followed by her sister Laura Rose in 57:20. Next up was Tina Steele in 59:38. Extremely well done ladies on a tough 10k course, all in under the hour mark.

On 14th April, not content with the road races, Michael McAuley continued with fell running in the opening Hill and Dale Series at Castlewellan, returning home in a smashing time of 43:19.

Saturday 16th April was Born to Run 10k and Half Marathon events at Castleward. Two Mallusk Harriers competed in the 10.4k, Brian McDonald returning in 50:16 and Lauren Whitehouse in 68:08. In the Half Marathon, we had impressive running with Patsy Hamill in 15th place and a great time of 1:39:55, followed by Darren Taggart in 2:00:34 and Cat Boyd in 2:06:04.

Sunday 16th April was the 3rd event in the Novosco Grand Prix with the Armagh 10k. 5 hardy Harriers took on the ‘undulating’ course with Anna-Marie Barrington first to cross the line for the harriers in 51:24, followed by Jennifer Butler in 52:25, Laura Rose 53:06, Leeanne Skillen 62:54 and Joanne Haddock 84:59. Great running ladies.

Some recovery taper time for Cat Boyd and Darren Taggart who took themselves off to the Colour Run at Ormeau Park, who said running can’t be fun??

With marathon season well upon us, the club has had 4 runners take on both the Paris and Manchester Marathons. First up on 3rd April, Jim and Janet Grew took to the streets of Paris for a lovely romantic weekend, but as Mr McCready points out would they still be speaking to each other come Sunday afternoon?? The pair were running in aid of Meningitis Now, a charity extremely close to their hearts, Jim finished in a smashing time of 3:54 and Janet followed in a time of 4:19, both obtaining new personal bests for the marathon distance. Extremely well done on all accounts, both fundraising and drinking red wine, oops sorry running the marathon…

A week later, Skilly and McDuck (well that’s how the magnificent support around the course hailed at them) took sail from Belfast to take on the 40th Manchester Marathon. Brian returning in 3:51 and Paul finished in 4:24, with both lads taking 10 minutes off their previous marathon times and new PBs also.

Best of luck to all our club members due to take to the streets of Belfast in a fortnights time for the 35th Belfast City Marathon. Over 25 of our runners are due to participate in the full course and relay slots.

To top the report off, what can only be described as an absolute joy, is to see our junior section growing so quickly with 11 of our young, up and coming aspiring juniors taking on the first of the Firmus Energy Super 6 race meets at the Mary Peter’s Track. For many of these young athletes, this was their first time ever on a race track and they most certainly can hold their heads up high with great competing, each and every one adopted the club ethos of ‘Right to the Line’… an absolute delight for both parents and coaches to see the young faces beam with joy on the night.