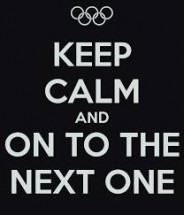 Back to the running, well almost…

Beginning with the weekly parkrun events, the Mallusk Harriers had 60 plus runners attending numerous events over the last two weeks, although more importantly had many out and about in volunteering roles. Just a kind reminder, without the humble volunteer giving some time back into the events, there would be no such great events. This is something that the club prides itself on, when it comes to volunteering in running events. Therefore a short note to all our members in the coming weeks, if you can help out at any of your local events please pitch in wherever possible, it shall be greatly appreciated.

The first of the race events took place on a nice Friday evening of the 24th June down in Newtownards. The club had the effervescent couple to the half marathon series, Tiffany McAllister and Danny Donaldson. On the ‘nice’ tough course, Tiffany certainly wasn’t deterred and returned with a new personal best for herself in the half marathon distance by 4 minutes, returning in a time of 2:20:33. Absolutely smashing Tiff, very well done we are pleased to see you have stuck it out and put in fantastic training to begin to smash your goals. Tiffany’s other half Danny continued in the same vain that has taken him through all the other half marathons in great shape. Danny notched up a 50th place finish in a great time of 1:28:05, brilliant stuff Danny.

Next race up was the Fields for Life 10k, where Ian Simpson flew the flag for the Harriers in the 10k race; Ian came home in a time of 65:20. Very well done sir, another one under the belt and on to the next one.

Tuesday 28th June saw the conclusion of the East Antrim Harrier forest trail series with the 4mile trail run at Woodburn Forest. The club had 16 members taking on the trails and returning in great times for many, special mention goes out to Sarah McAuley, Sarah was competing in her first race following her graduation from the couch to 5k programme, although she does have a wee bit to go to keep up with her other half Michael. First home for the Harriers was Alex Davidson in a time 29:48, next home was the young lady who not only managed to complete the series, but also collected herself top spot in her age category – Susan Thompson, Susan returned in 31:50. Another young lady making giant strides in her training and running events, Deborah Ewing finished in 35:17, well done Debs keep up the great running. Alan Kerr was next home in 37:10, followed by Sarah McAuley & Jennifer Butler in a time of 42:57. Tina Steele returned in 43:16, followed by Darren Linton in 49:45

On to the next one…
Michael ‘Roads are for driving on, Mountains are for running up’ McAuley took on the Spelga Skyline Mountain Race. Michael raced home in 20th place in a cracking time of 3:28:54. Smashing running buddy…!!!

The final race of the last two weeks, the Comber 10k hosted by Ballydrain Harriers where 8 Mallusk Harriers accompanied the other 500 runners to take on the new flatter, faster course. Top marks to Ballydrain and their band of volunteers for putting on a fantastic event, from registration, to the fantastic course support, even the little downpour for cooling us down right through to the fantastic spread at the end, greatly enjoyed and appreciated by us Mallusk Harriers, well done Lads and Lassies. First Harrier home was Paul Skillen in a time of 51:07, followed by Elaine Kennedy in a time of 53:25. Next up was Jennifer Butler 55:16 managing just to nip home in front of her wee sister Laura Rose in 55:29. Mr Simpson got yet another 10k under his belt returning in 62:55, followed by Duncan Baxter 64:12, however Duncan did have the added disadvantage of wearing an under armour, a t-shirt, a woolly jumper, a club vest and a rain jacket along with the extra 2 stone carried as the downpour kicked in, I’m sure (as you said) ‘you did stay warm’. Our final two across the line for the Harriers were Kelly Carlisle 65:43 and Joanne Haddock 84:16, great work ladies and gents, now on to the next one.
Again apologies if any of our runners have been missed out in this week’s report, as I am sure someone may have been overlooked…
Safe running to you all, ‘pay it forward…’ and remember ‘Right to the Line…’