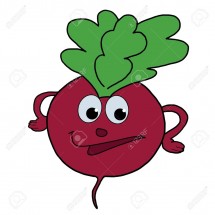 Growing steadily over the last two years, the Mallusk Harriers representation at the Laganside 10K in 2014 had a grand total of 6 runners in the field, this grew to 34 the following year only to be eclipsed this year with a total of 47 members taking on the new and improved route (imo). The club also had 9 juniors taking part in the kids 1 mile race. This has allowed us to yet again do our annual bus run for the huge 7 mile journey.

The Juniors race was won by the host club’s young Luke Kelly in a blistering time of 5min 46 sec, absolutely fantastic future prospect. First junior to run right to the line was 12 year old Odhran Rafferty in a great time of 7min 6 sec in 22nd place, Jack McCready in 24th place in 7min 8sec. Have to take note, Jack ran a great PB at the Valley 24 hours previously and has already taken his dad’s 5k PB title, next up uncle Martin’s 5k PB, hmmmm… Next over the line in 31st place was 9 year old Aodh Rafferty in a blistering time of 7min 27sec, in 37th place saw Jack’s younger brother Ryan, 9 year old. Ryan notched up a time of 7min 52 smashing running lads, very well done… The first female junior home in the race was 11 year old Niamh McGeown in 8min 3sec, next up saw Christopher Campbell in a time of 8min 31sec, Christopher was followed home closely by our second female junior, Ellen Butler in a great time of 8min 48sec and next home was Joshua Nelson in a time 8min 59sec. The McCready trio was made up of little 6 year old, yep 6 year old Olivia McCready. You may have been forgiven if you thought the occasion would get to her, not a chance… the little Sealstown screamer drove her way through the 100+ juniors and ran right to the line in an absolutely smashing time of 10min 17sec…
Let’s see if the senior members could surpass that performance…

As the temperature raised a little to offer an Indian summer, 47 nervous harriers from Mallusk took to the start line of the new Laganside 10k course.
Quite a few of the 47 runners had just completed our successful couch to 5K programme at the beginning of June, now about to raise the bar a little higher and take on the challenge. Of the 47 members partaking in the race, 17 were about to complete their furthest race distance to date, so forgive me if the results seem to be a little over the place, shall try and make sense of it all…

For the remaining 30 runners from Mallusk Harriers to rush to the finish line, the day belonged to the ladies with only the ladies recording personal bests for the distance, obviously the lads wanted to stay out in the sunshine and get their money’s worth and to top up the tan lines…

We would like to thank everyone in attendance who helped make the day a smashing achievement by all. North Belfast for their hospitality and their many marshalls around the course, and those giving up their time in providing us all with refreshments at the end of the run and raising vital funds for pancreatic cancer. Also to all our own Harriers, many thanks to all who helped to make the day great for all our new members. To paraphrase and put in the great words of one of the new runners, “Brilliant day out. Thanks to everyone who was there and to Jim for organising the club taxi and Ian for the mobile restaurant”.

Earlier that day the club had two members unable to attend the Laganside 10K, only due to the pair taking part in the Stenaline triathlon. Great credit to the two ladies from all at the club, Nuala Muldoon and Lorraine Forsythe. Lorraine produced a great race and completed the course and finished the race where others failed. Nuala ended a great race and finished the race 4th lady overall and second in her age category, smashing stuff ladies, very well done.

24 hours previously we did have a few runners out at the parkruns, results as follows:

Again apologies if any of our runners have been missed out in this week’s report, as I am sure someone may have been overlooked… Safe running to you all, ‘pay it forward…’ and remember ‘Right to the Line…’