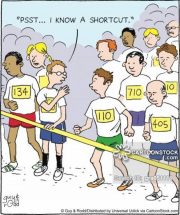 Don’t half make it tough…

Crazy is, as crazy does… Not for the faint hearted, the club had two members take on the Garmin Mourne Skyline MTR 2016. Nuala Muldoon & Michael McAuley lined up against some serious mountain goats in the shape of Team GARMIN, Salomon International, Inov8 and not to mention the more established Fell running clubs both local and across the ponds… Michael came home in an extremely creditable 95th place after completing the 7 peaks of 22 miles in a fantastic time of 6 hours 12 minutes 51 seconds. Nuala returned home in 8 hours 29 minutes 5 seconds. Honestly guys totally amazed, brutally brilliant the pair of you, can only take my hat off to you both… If that wasn’t enough, Mr McAuley topped off the Skyline result with a fantastic 26th place finish in NIMRA Championships 2016 Results by completing all nine races in the series.

Well that was all last week, moving on to this week the club had runners at the local parkruns and a few down sampling the Guinness in Dublin…

And then there was Dave… didn’t the lad do well, under the watchful eye of Mr D, Dave Gibson has been putting in some sterling work in training and Saturday proved how far he has come in a short space of time. From 22 minutes park run time Dave has pushed this down to 18 minutes 13 seconds with his latest run at Victoria, although in the words of Dave, ‘he done a Ciaran’ and overdone it and had the luxury of a 24 hour visit to the hospital. Apologies, also running under her daughter’s barcode was Gillian Bainbridge in a time of 27:48.

Friendly, Atmospheric, loud, totally supportive, and extremely amazing at all points throughout the course, these are just some of the words that I can muster for now about Dublin Marathon, whether this was your first or your 101st marathon, Sunday the 30th October was a fantastic day for 16 of our club members, many new to the distance and many still novices with a lot to take in and learn from, truth be told we will always learn something new.

First home for Mallusk:
Susan Thompson< took part in her second marathon, with the first in Belfast May 2016. Belfast saw Susan record a good for age category for London 2017 with a time of 3hrs 42mins 51sec. For Dublin Susan just defied logic and powered her way home with yet another personal best 3hrs 30mins 51sec, in a highly creditable 25th place in her age category. Dubbed the Marathon man in the club, Martin McCready< has competed in many, many marathons and Sunday Martin recorded a new Personal Best in 3hrs 38mins 19 sec. The trio of Patricia Curistan, Deborah Ewing and Benny Mc Geown ran step for step throughout the 26.2miles and crossed hand in hand with Benny recording a new Personal Best, however a special shout to Deborah for having to put up with those other two for the distance, especially as this was your first marathon, but to cross the line in under 4 hours, epic… all three runners came home in 3hrs 57mins 52sec. Another newbie to the distance, and yet another cracking run, Tina Steele recorded a time of 4hrs 17mins and 17 sec. Tina set off on her journey with Alan Kerr and Paul Skillen and after 9 miles she had enough of the lads chit chat and allowed them to run on, only to take them in the final stages of the race. Alan came home in 4hrs 20min 37sec and Paul came across the line with a new personal best for the distance in 4hrs 21min 21sec. Jennifer Butler running in her second marathon after completing London, picking up the dreaded ITB injury during the race, couldn’t be told not to run, Jennifer accompanied by club coach Noel Bloomfield picked up a new personal best as both crossed the line in 4hrs 34min 29sec. Competing in her first official marathon, Hilary Faith returned in a smashing time of 4hrs 39min 12sec. I say official, as Hilary has had the luxury (madness) of completing a full Ironman event, not too sure what it entails, please look it up, I found it sore reading about it. Next home, Janet Grew completed the race in 4hrs 42min 53sec. Janet, running her 5th marathon in about as many months may have just over run many niggling injuries. However credit where it's due, many may not have turned up with the issues Janet has had to carry, but the start and finish lines were crossed and the job was done. Like many who have trained for and run marathons this year Janet, a well-deserved break should be taken. David Mullan has covered the distance on a few occasions previously and with his training going well, many things just didn’t click during the race on the day for David. However there was no throwing in the towel and David returned home in 5hrs 5mins 36sec. The final runners, newlyweds Danny and Tiffany Donaldson, accompanied by Christian Spies all ran the 26.2miles together. Tiffany took a huge chunk off her Belfast time and crossed the line in 5hrs 28min 43sec with Danny 1 sec later, Christian finished 5hrs 28min 26sec. Now for the other 15 runners that finished Dublin they can now live to tell the tale of how they beat Danny Donaldson in a marathon, although I don’t think that will last too long. Danny unfortunately, a few weeks before Dublin, suffered a broken elbow. With his training he was looking to record a time better than Belfast’s time of 3hrs 13mins, wishing you a full and speedy recovery Danny… Final big thank you to the wonderful support crew from the Harriers throughout the Dublin course, Elaine, Maeve, Laura, Roseann and kids and Leeanne and kids… #Can’tBeataFriendlyFace Again apologies if any of our runners have been missed out in this week’s report, as I am sure someone may have been overlooked… Safe running to you all, ‘pay it forward…’ and remember ‘Right to the Line…’