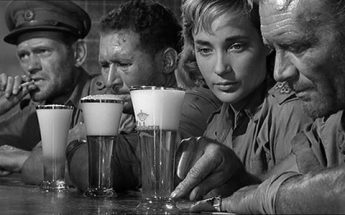 If Carlsberg did running clubs…..

They would probably model it on Mallusk Harriers. It may not have been the temperature of North Africa, as it was for Sir John Mills, Sylvia Syms and company in this wartime movie classic, but the weather was ice cold in Antrim for Captain Ian (Anson) Simpson (minus the ambulance) as he gathered the troops, for a Mallusk Harrier parkrun tour on the shores of Lough Neagh, which resulted in another fabulous turnout from the club on Saturday, with Mallusk Harrier Susan Thompson reaching her 50th parkrun (almost one for every year Susan ?) and Matthew Cromie taking one for the club and going as they say, ass over the preverbal into the mud.

24 hours later and the club once more went above and beyond for Meningitis Now, as the Sunday Run, 10 miles at 10am started and finished at club member Janet Grew’s house in Templepatrick. The Cherryburn (Cardio) Challenge raised £432 on the day, with more due via Virgin Money. Many thanks and well done to Janet, Jim and family, for welcoming a group of smelly sweaty runners into their lovely home, who dived into the hot food on offer.

Many thanks to Elaine Kennedy and Martin McCready for volunteering at the Antrim parkrun.

Nuala Muldoon for Mallusk continued her impressive finishing time being the 1st lady overall, crossing the line in 24:19.

Another impressive weekend for Mallusk Harriers. Now that calls for a Carlsberg and probably makes this club one of the best in the country.

(Other beers are available).

Apologises to anyone (else) who has been missed out of this week’s report….