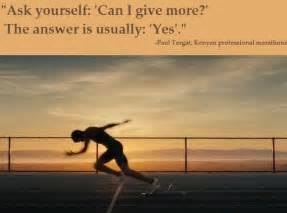 A run begins, the moment you forget that you are running….

Many Harriers returned to parkrun this weekend, and with their various aspects of training, many continued to push the barriers from previous unknown times. Again the term personal best, is becoming synonymous to the vest of Mallusk as once more PBs’ were shattered.

Antrim:
Debbie Ewing cruised along the shores of Lough Neagh in a time of 27:04, with Tina Steele close behind 27:08.

Colin Glen:
In the west of the city Patricia Curistan got her PB in 23:42.

Forest Rec:
Our very own sheriff of Nottingham was Danny Donaldson’s sub 20 time of 19:38, with Maid Marion Tiffany Donaldson in 30:19.

Ormeau:
Patrick McGuckin finished with the 3rd podium place and a PB in 19:00, Duncan Baxter preparing for London in a few weeks cantered around the park in 30:57.

Rhodes (Sydney)
The furthest travelled Mallusk Harrier for a parkrun award this week goes to Nikki Fleck who went down under, completing her parkrun while most of us were in bed with a time of 26:19.

Valley:
The local parkrun at the Valley was another location for a plethora of PBs, starting with Alastair Houldsworth with a PB in 20:08. Brendan McGeown PB 22:31. Liam McGowan 23:40. Clare Teer celebrated as 1st lady in her category with a PB in 24:44. Ciaran Skillen just behind 24:45, with brother Paul 24:55. Sharon Dunn 27:54 and sister Joanne Milne 28:06, Neil Campbell a breath behind 28:07, Neil McGlinchey 28:39. Alyson Taylor with a PB 30:34 and also Debbie Sterritt a PB in 31:26.
A big parkrun thankyou to Mallusk volunteers Lorraine Anne Forsythe and Owen Fulton.

Castleward B2R
One of the most picturesque settings for a race took place on the shores of Strangford on Saturday with the Born 2 Run Castleward 10K. Darren Taggart 55:33 and Hilary Faith 1.01:41 were our Harriers involved.

Stena Line Triathlon
Dedicated training pushes the body to preform in all aspects of sport and a big well done to star tri-athletes Mallusk Harriers Hillary Faith 1.36:13 and Frances Kane 2.06:03.

Hopefully everyone has been included for this week.

Therefore I wish all our Mallusk Harriers a Happy Easter.