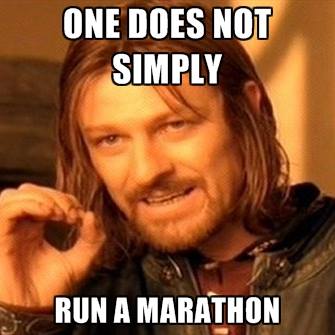 Another fun-filled week has passed in the life of the Mallusk Harriers. The club held it’s Handicap Race again and members headed off to races as far away as Athens, Fairview in Dublin and, er, Tollymore.

So, onto the results:

Falls parkrun:
Susan Thompson 25:10, Ken McAuley 25:10
It is believed that Ken went out to celebrate matching Susan’s time and has not been seen since. Please keep a look out.

Fairview parkrun:
The Brennans headed to Dublin for what seems to be a lot of drinking in green sports tops. Rugby may have been involved but this is yet to be proven.
Suzanne Brennan 24:49, Ian Brennan 24:56
Ian, your day will come. And when it does, men all across the club will sing your name.

Club 5k Handicap Race
Later on, Saturday brought the second running of the club 5k Handicap Race, once again expertly organised by Professor Ladd, the Harry Potter of the statistical world.
As with most things in life, certainly in mine, it was dominated by the females.
The first 5 finishers were all female with top honours going to Sophie Davidson, our second junior winner in a row. In second place was Hannah Hope and third place went to Gillian Bainbridge.
10 of our 25 runners achieved 5k PBs so well done to them and to all 25 who ran and the many others who came along to support, photograph and generally catch the flu.
Full timings are in the Newsletter section of Team App.

26Extreme Tollymore Trail Marathon Events
Our adopted head-the-ball, Micky McAuley, took on the Ultra distance and completed it in an amazing 7:00:23 although you think he would have tried to knock off that 23 seconds. Next time Michael, next time.
Our female header-in-chief, Nuala Muldoon, calmed down for once and tackled the Half Marathon option, finishing in 1:56:56
Hilary Faith stuck to one discipline for a change and completed the 10k in 1:04:25.
Athens Marathon
Our Club Chairman and Head Coach decided that Tullymore wasn’t good enough for them and, for people of their standing, nothing would do but to head back to the cradle of the madness that is 26.2.
They both took on a tough course from Athens to the town of Marathon. (Rumours it has recently taken on a sponsorship deal and changed its name to Snickers have been denied by Greek authorities).
Cat finished in 4:26 and Alan in 4:41. Well done to you both. Enjoy the aftermath.
Although I know Cat in particular has at least another 90 mins of pain to go through before the day is over #GAWA.

So that ends another eventful, female dominated week in the life of the Mallusk Harriers. Gents, please raise your games and try to claw back at lease a smidgeon of dignity.

This week, I leave you with a tribute to those that made the trip to Athens in the hope it will ease their pain: