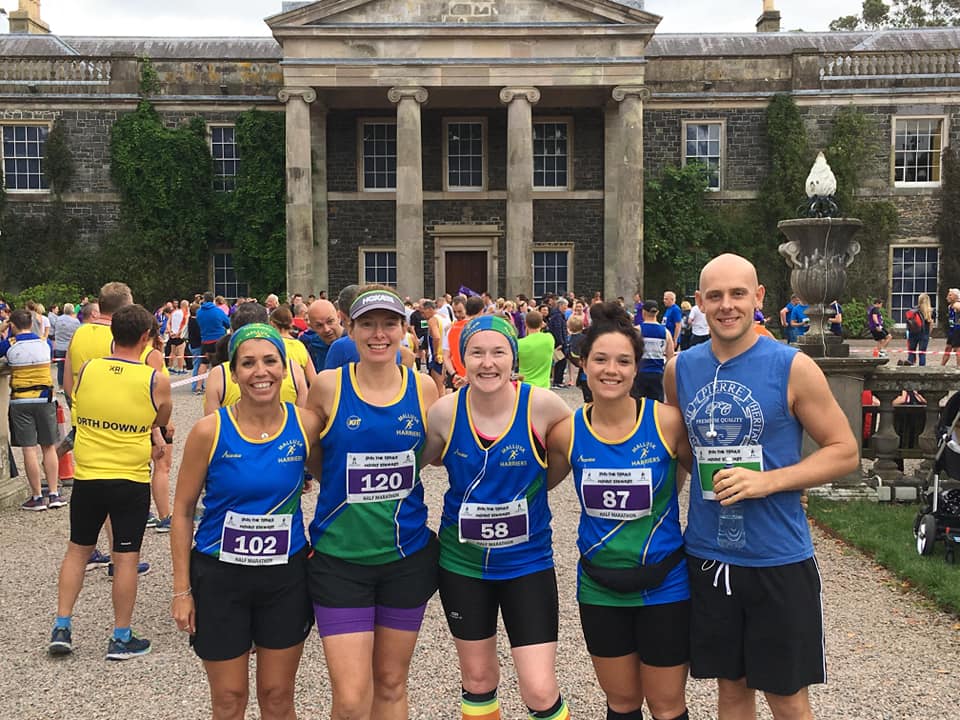 Yes, these have all made a comeback in recent times and now it’s my turn!

Many thanks to work experience boy for his efforts in my absence.

He cried, he gurned, but he got the job done. We salute him.

But in true work experience style, I have now sent him off for a long stand and some tartan paint #oldonesarestillthebest

But there’s been plenty of running this week so back to business.

On Wednesday, Mairead O’Hare continued on the comeback trail, completing the Crawfordsburn 5k Trail Race in a PB time of 37:06.

It was then race hungry Dermot Boyd’s turn for his second run of the week on Friday at the Carlingford 5k, completing in 31:34.

Friday was also the day for Mark Smith to take yet another podium place, this time coming home 2nd at the inaugural Carnlough Quarry 5k in 18:28. (Come on Mark, miss a podium for a change so I have something different to write about!).

A busy day of running was completed by our vest in the west, Aidy Hughes completing the Stanley Reid Memorial 5 mile Road Race in 41:04.

Then on Saturday, it was the turn of our ladies’ division as several Harriers took on the Mount Stewart Half Marathon:

Our hilly header Micky McAuley, chastened by the loss to his son over 5k the previous weekend, regained a modicum of dignity by completing the Seven Sevens Mountain race over 19 miles and 8,700 feet.

Joining Micky this weekend at high altitude were the Ladd brothers, Alan and Jonny, who completed the Championnat du Carigou in the Pyrenees in southern France with an equally impressive 21 miles and 7,152 feet.

So much going on this week (thanks folks!) but let’s not forget the parkruns:

And well done Nikki on your 50th parkrun!

And a few Harriers headed east to the new Orangefield parkrun:

Best of luck with your new event folks!

Results not in yet

So that’s it. Another huge week of running and racing is over. Your legs may hurt, your bits may be chaffed and your hat may be wet. But at least I’m back.