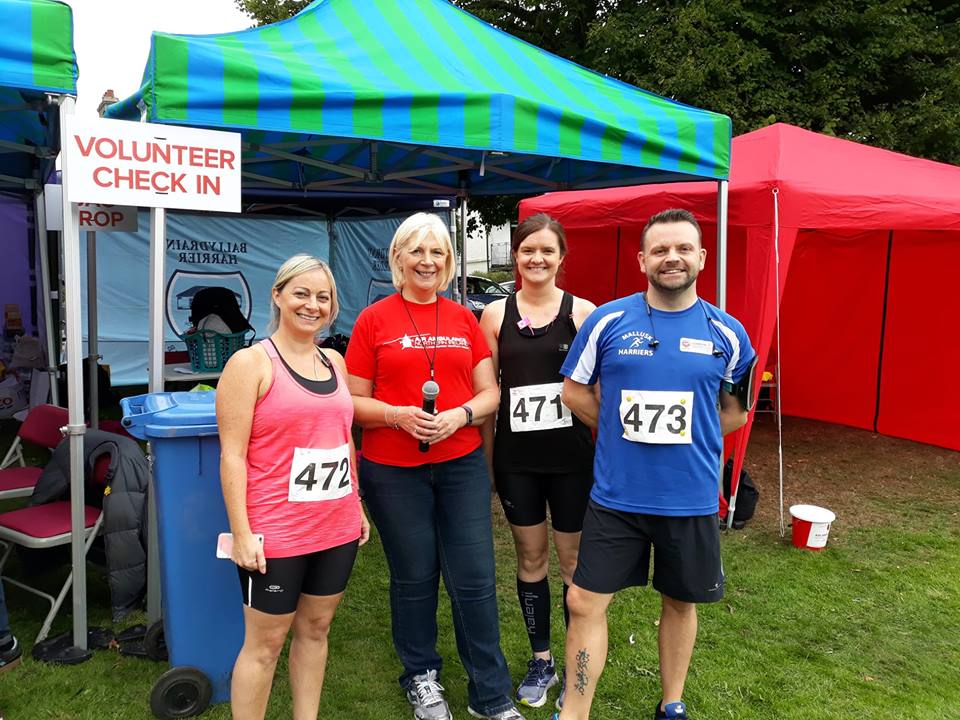 Apologies for the no show last week. Sometimes real life gets in the way. Many thanks to my totally adequate young apprentice for stepping in at the last minute. Much appreciated.

The week of racing started on Thursday night as two Harriers joined over 750 other runners to take part in the 2nd Citi Inspire 5k. Joe Mathers finished an impressive 6th overall in 18:08PB and Maeve Dunseath finished in 25:35.

On Saturday, Mark Smith continued his quest to run in every race in the world ever when he took on the Larne 10k held by East Coast AC:
Mark Smith 35:35 (5th overall and another age category win)

Not to be outdone, Lee O’Boyle found a race Mark hadn’t noticed as he produced yet another PB finishing the Ratoath Half Marathon at Fairyhouse Racecourse in Co Meath in 1:22:25PB
Rumours that Lee complained about the lack of big hills are yet to be confirmed.

No parkrun tourists this week. Must all still be exhausted after last week’s travels.

Keeping up the proud Harrier tradition of mixing drink and running, our own Ian Simpson, held on to his pint of stout to complete the Great North Run in 2:55:54. Well done sir.

And over at the headers corner, Paul Skillen took on the Dublin Triathlon finishing in 1:39:52.

My last tune seemed to go down well with many. It really is good to see so many people of a certain age still out running!
However, this week’s song has to be for young Mister Donaldson. He does talk rubbish sometimes but he’s still a winner and I know he loves his AOR.