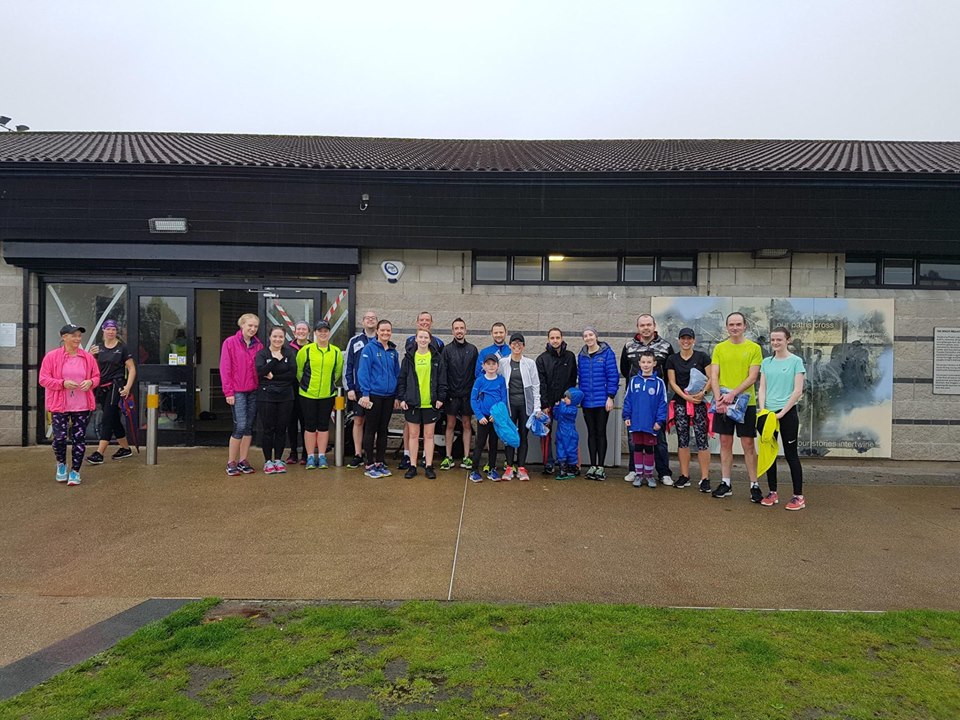 I had a whole spiel organised giving off about the rain.

I wrote it yesterday. I binned it this morning.

Instead I will have to give you my favourite metaphysical poet, John Donne:

Yesterday, our own Mark Smith and Nuala Muldoon took part in the Northern Ireland Masters Athletics Association (NIMAA) XC at the Dub Playing Fields. Mark’s time over 8k was 28:29 but more importantly he qualified for the NI Masters XC Team and will be part of the squad competing in Wales next month. Nuala’s time in the women’s race over 6k was 30:14.

The Harriers should be very proud to have representation at this level. Well done Sir.

Over in Saintfield, a couple of Harriers were taking on the Atlas Running Saintfield 10k:

Doing the rounds of the parkruns were:

Newbie Galina Stanevicius thought she was this week’s best tourist as she completed the Omagh parkrun in 28:38 but she didn’t count on Mr & Mrs Donaldson. They went as far as Boston, Massachusetts to take part in the excellently named Jamaica Pond parkrun. Danny finished 3rd overall in 18:56 and Tiffany finished in 31:48.

And ADav went to Orangefield 22:30

Sophie Magee and Orin Calder headed to Manchester for the Half Marathon today, both finishing in 1:53:49 (you’ll be kept Sir!)

This week’s tune is to mark Sarah’s departure for New Zealand. Before you say anything, Crowded House only have one Kiwi, Neil Finn, so they’re basically Australian/American. Ladyhawke is 100% NZ.