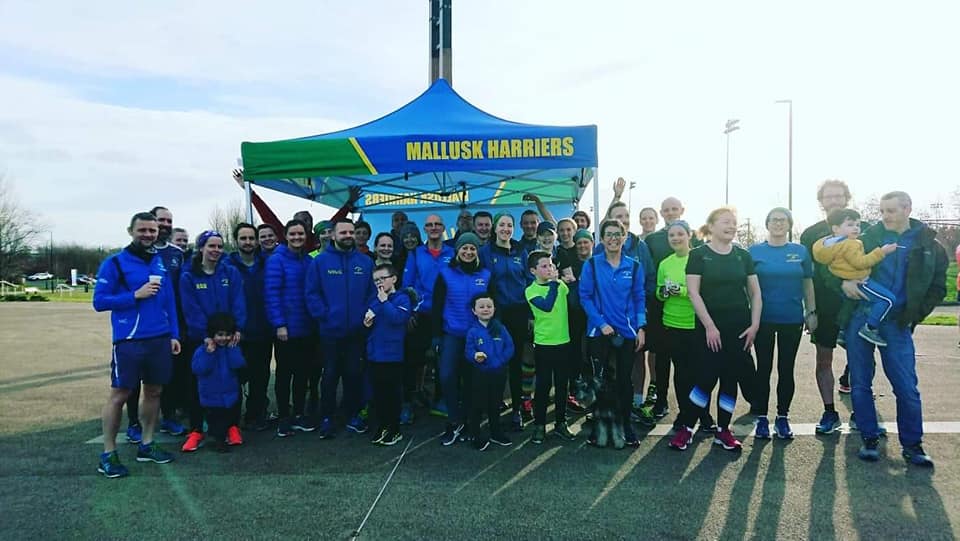 As with most weeks lately, we start the report with yet another late result from the Donaldsons’ travels in the US of A. Springsteen doesn’t tour this long.

Fed up with parkruns and 5 milers, the two lunatics decided to take on the Florida marathon, Danny finishing in 3:52:43 and Tiffany in 5:48:56. Another one chalked up guys, well done!

Another late result I promised to catch up on was the Junior results from the Stormont XC event:

And big congratulations to Laura on completing her 100th parkrun. And despite the lack of sausage rolls, the food on offer was delicious.

And well done Tom on your 150th parkrun!

Well done Neil – a lot of hard work has paid off with an amazing sub 20 time. PB smashed.

And ADav appeared at the Valley 28:00

There was a big fight on this week for the parkrun tourist crown. Aidy Hughes had a bit of a go with Dungannon parkrun in 26:06. Then Maeve Dunseath tried with Portrush in 26:57. The Donaldsons, obviously, were back at it, this time in Pensacola, Florida. Danny in 21:46 and Tiffany in a not always vertical 39:00. But the winner should be Sarah Ross who has finally found a parkrun in New Zealand. Sarah completed the Western Springs parkrun near Auckland in 24:56

Auckland is built on over 50 volcanos and has the largest Polynesian population of any city in the world but the best thing I know about Pensacola is that they have a minor league baseball team called the Pensacola Blue Wahoos. Class. Pensacola wins.

Another event taking place both yesterday and today (and possibly tomorrow) is the Atlas Running Last One Standing Ultra at Castle Ward.

So, this week’s tune is for Hilary and all those who were, or still are, running at Castle Ward.

And no, I didn’t pick the Elton John song that has Bruno in the video. This song is better. Fact.