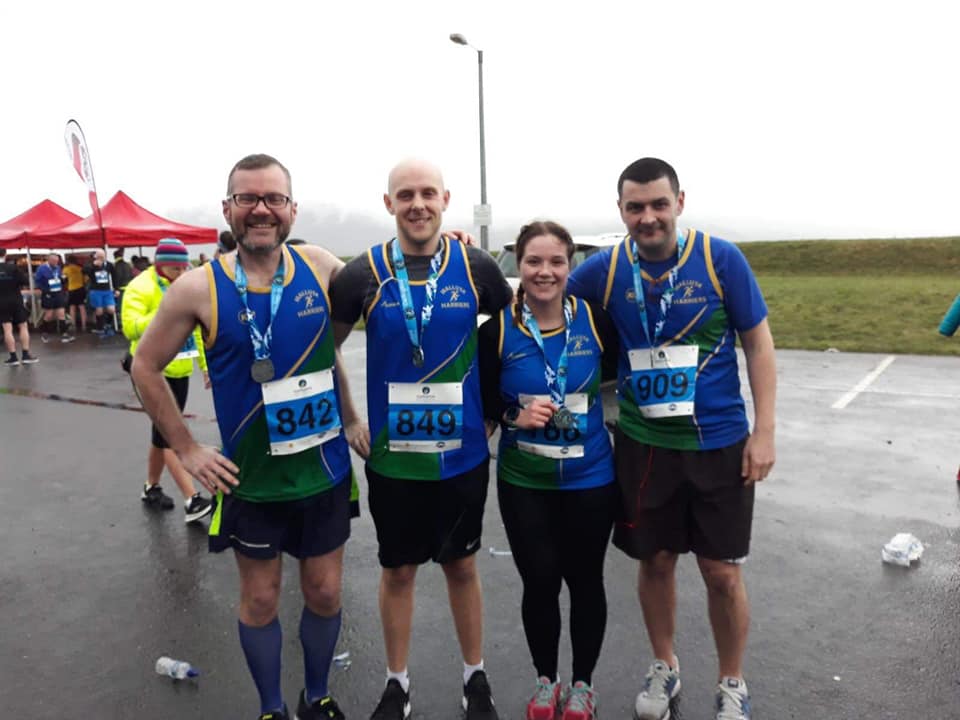 You can tell Spring has sprung (meteorological calendar you pedants!) by the amount of running that is now happening everywhere.

No doubt about this week’s tourist as Stephen Weir completed Albert parkrun, Melbourne in 31:00.

Main fact about Albert Park is that is the venue for the season opening Melbourne F1 Grand Prix. Plus it was called South Park before Victoria hitched up with Albert.

A few races on yesterday, with Harriers competing at most of them.

Lisa Kerr completed the Derry 10 mile road race in 1:34:56, winning a medal the size of a pizza in the process.

Carlingford was the venue for its popular (and usually wet and windy) half marathon yesterday:

Yesterday was also the completion of the East Coast AC Junior XC series. Eloise McAuley won all three of her races in the Minis Division and Tom Fleming won two from three to win the Juniors Division. Leo McAuley and Peter McCann also took part in the series. Good to see the future of the club is in safe hands!

Today was the turn of our headers division as several Harriers took part in the EAMS 6 Hour Challenge. Obviously running up and down the coast all day is not hard enough for the headers and so they decided to take on the Valley parkrun course instead. A wee flat course as Hilary described it to her (probably now ex) friend.

Some used it as a training run for upcoming marathons, others as a 30 mile tester as part of Ultra training for Connemara. The one with the headband does stupid stuff like this most weekends.

Hilary Faith and Mairead O’Hare both took part. Although I don’t have specific results, I know they were out there for well over 3 hours.

I could have sworn I saw that Micky McAuley managed 39 miles and won the event on the day. Well done sir, that is impressive.