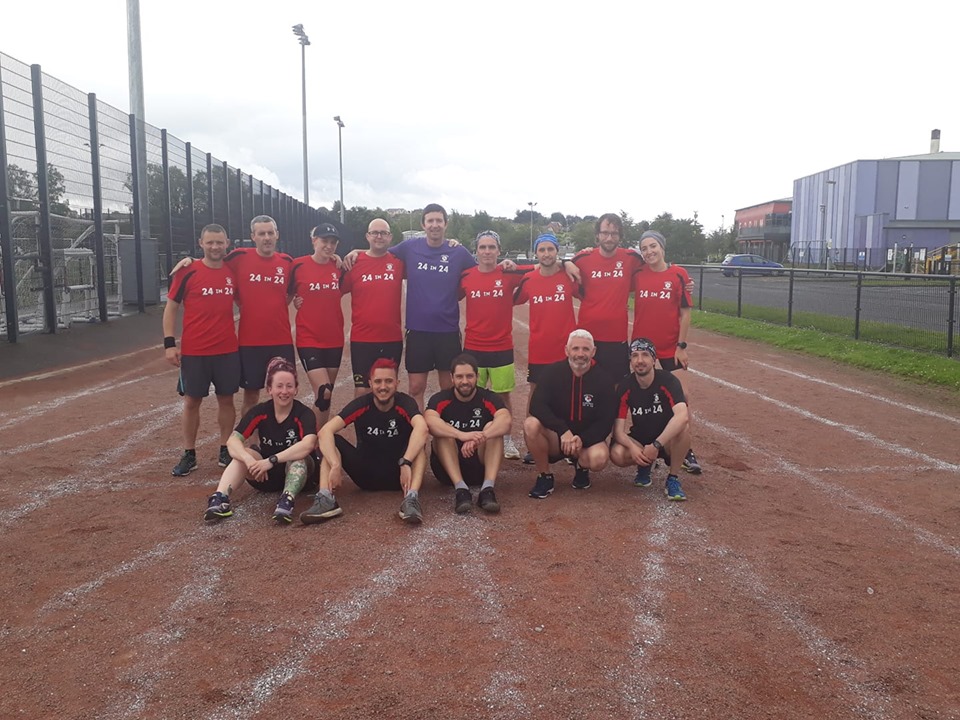 Only really one story in town this week but let’s get back to that.

On Thursday night, Janine Nevison and Leah Burns represented the club at the Bob & Bert’s North Coast 10k. Janine finished in 58:21 and Leah finished in 1:06:25.

On Saturday morning, amidst the thunder and lightning, it was the Antrim Cost Road Marathon, promoted by Larne AC.
It saw another amazing run from Peter McGarry. Peter once again broke the club marathon record, finishing in 2:39:20. This was a result good enough for second place overall, bettered only by the legendary Tommy Hughes.
Also representing the club were Ken McAuley 3:47:20 and Alan Kerr 4:20:19

But obviously, the big event of the week was the latest 24in24 adventure. This time 15 Harriers took on the challenge with a Kardashian-sized support team in attendance.
There’s no results to post and it’s been tracked in detail on this site and others but I just want to add to the congratulations, a huge achievement by both the runners and the organisers.
And, in the immortal words of Bob Geldolf, just give us your ******’ money. Please.

So, this week’s tune is for the newly crowned club headers. For them, for the organisers, the supporters, the parkrunners from every location who came out to meet them, their clubmates who ran with them or watched in their jeans, those businesses who donated food and drink and those who made donations. This is also for whoever has to fumigate and clean that bus. We salute you all.