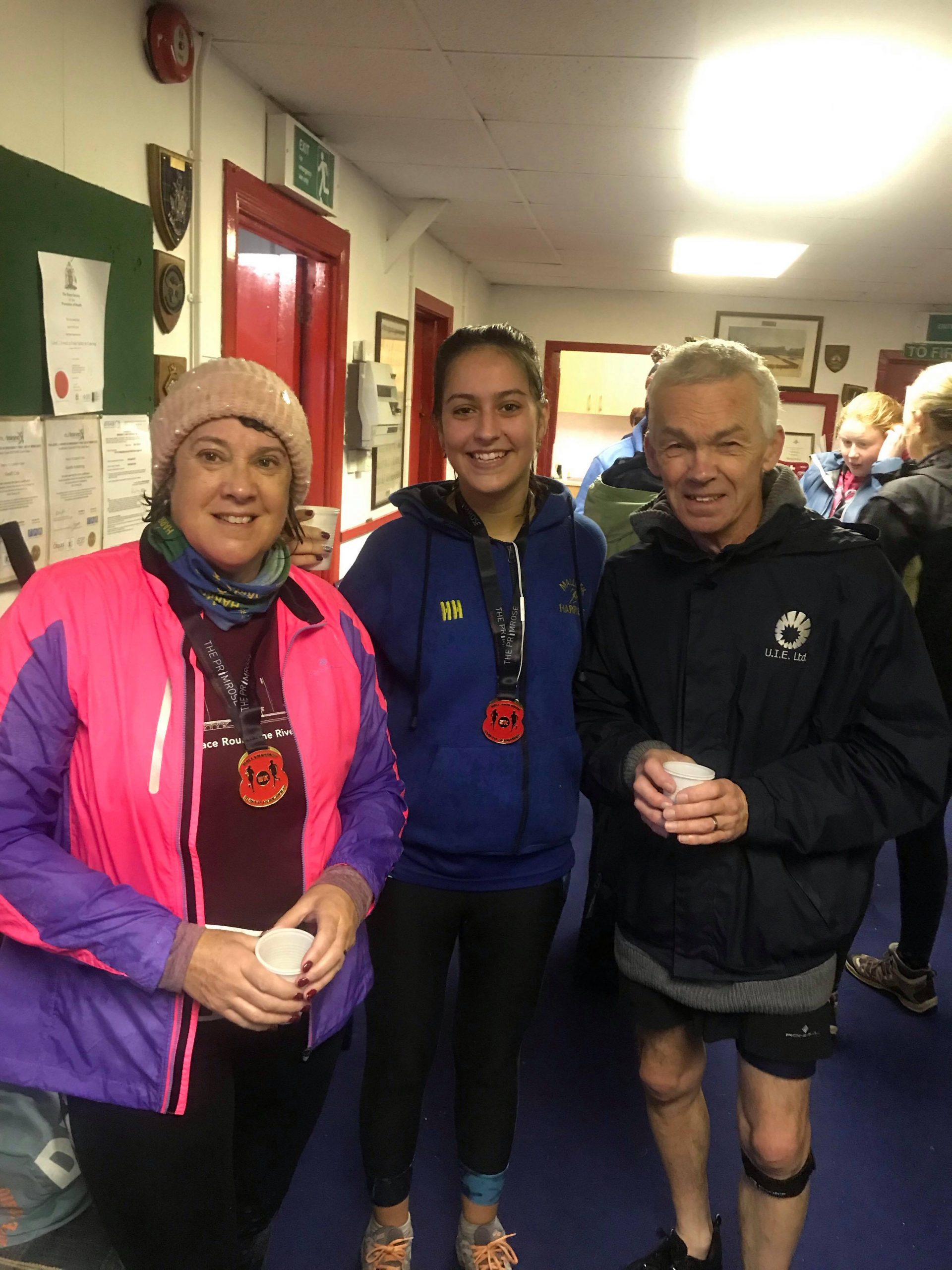 Thanks to the new media officer for covering for me last week. Apologies for my absence, I was away selling a kidney so I could afford to enter a couple of races that I may do in a year or so. Happy times.

And our only tourist this week was Stephen Gallagher. He added his name to the illustrious MH Clermont Hall of Fame completing the Florida parkrun in 20:00.

3 Harriers were at the Ballynahinch Remembrance 5k yesterday:

But the main event of the weekend was the Mudsuckers second visit to Billy Neill Playing Fields in Comber for the latest XC league meeting, the Bobby Rea event.

The team were not sure whether to wear spikes or flippers as the bad weather of the week continued and only got worse. I think there was a spot at the back of the course borrowed from the upside down in Stranger Things. Several runners are still unaccounted for.

Speaking of strange things, I can only report the results as they are published. This means several of the ladies have no times and most results bear no resemblance to GPS watch times. The only result that can be reported with any confidence is that Lord Brennan won the battle for 12th. Maybe it was mud getting in there making Benny’s eyes water in the gazebo afterwards.

Big thanks to social boy for the Gazebo and refreshments and thanks to those who helped put it up and dismantle it in those conditions.

So this week’s song is for the mudsuckers who braved the Comber conditions yesterday. It was obviously too cold for timing chips but not for us. For those who ran/swam round those fields, we salute you.