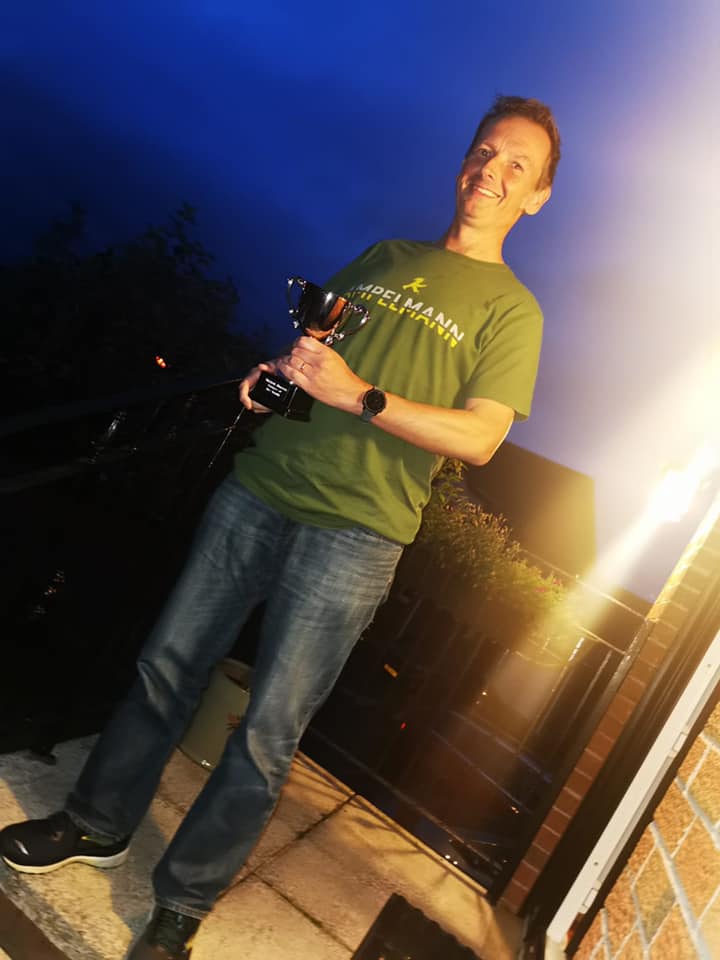 Harriers took to the roads, track and parkruns in August to set new PBs galore – earning plenty of praise in the process.
And as Runner of the Month votes were cast, a photo-finish developed between two club stalwarts whose hard graft has certainly paid off.

Here are the nominees and what you had to say about them:
The frighteningly fast Tom Fleming continued to shine, making it all look so effortless.
“Tom has stepped up from the junior section to the senior training sessions.
“He listens to the coaches and has a great attitude. His hard work and dedication to training has resulted in a number of PBs at his parkruns and a number of first finishes.”

The slightly less youthful Kevin Donnelly blitzed his times yet again.
“Kevin’s excellent PB at the Larne half marathon is yet another example of how he keeps improving and challenging himself. Well done Kevin.”

At one stage it looked like Aidy Hughes had it in the bag for his 5k exploits.
“Puts all his effort into training sessions and it seems to be paying off with his recent PB.”
“Aidy has been putting in a lot of training and it’s showing on the track and 5k PBs.”
“Aidy has been working hard and always puts the effort in on Tuesday nights, which is showing in his recent PBs.”
“His dedication to training and for his recent well deserved 5k PB. A great representative for the club. Go Aidy!”

“Gets himself out to represent the club nearly every week and has hit numerous PBs in the last couple of weeks.”
Ultimately, however, Brendan McGeown’s stellar performance at Larne proved decisive. Amid wise-cracks about a club colleague’s socks, Benny trained hard and reaped the rewards by slashing his half marathon record.

“Unbelievable commitment to training for Larne, which resulted in a well deserved PB.”
“Easiest pick ever for ROTM. What a display at Larne Half Marathon… big PB and well deserved for the hard work Benny has put in. Absolute legend.”

“Great consistent training and taking three and a half minutes off his half marathon PB at Larne.”
“He has been putting in the hard work in the last number of weeks and this paid off with an awesome PB at Larne. Well done.”

“His hard work and determination certainly paid off in Larne for him. Well done.”
Congratulations Benny on being Runner of the Month for August… and well done to all who were nominated!