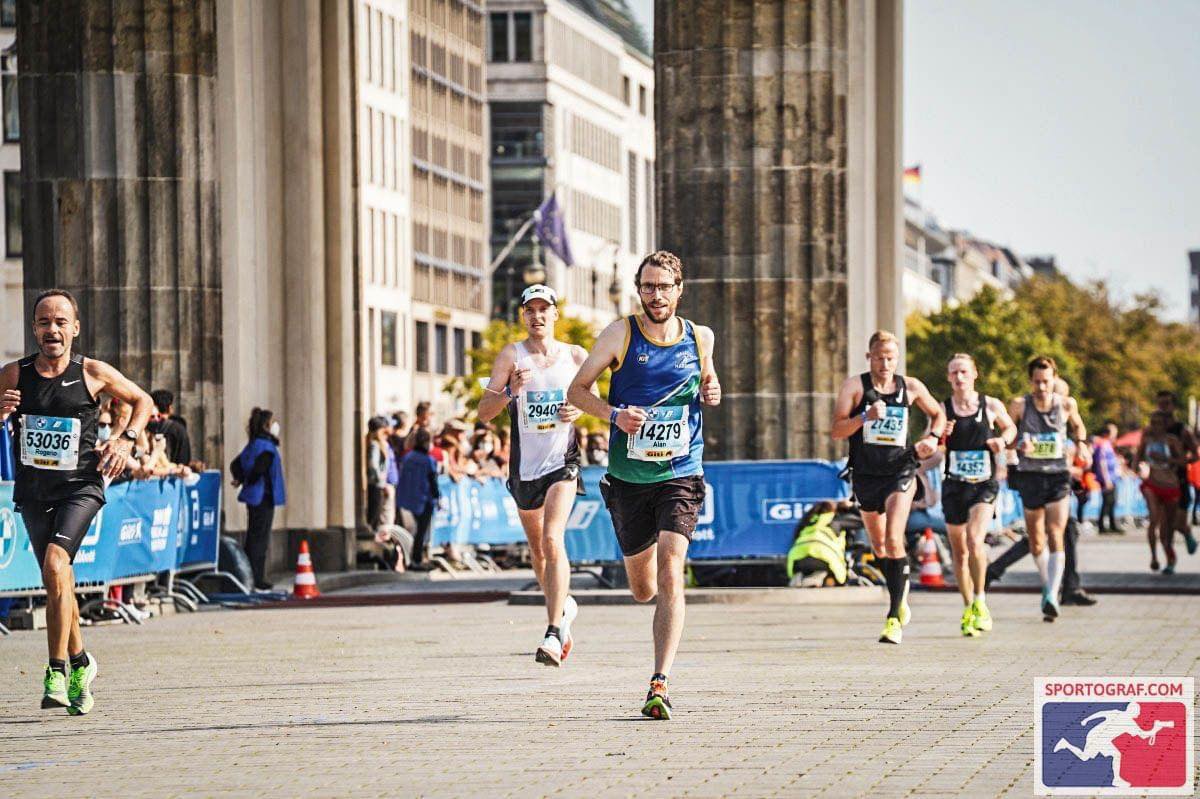 Marathon season is upon us folks. Some have been delayed; others moved from Spring. But however they got here, many of us will be taking part in them in the coming weeks.

Why, we ask ourselves? Why?

Sixmilewater parkrun:
Tom Fleming 17:55 and yet another first place finish

Our tourist this week is Sarah Ross. Our Scotland correspondent completed the Queen’s parkrun in 24:20. This parkrun is held in south Glasgow. Glasgow was founded by St Mungo, the patron saint of salmon. It has an underground called The Clockwork Orange and is the birthplace of both the ultrasound machine and chicken tikka masala (maybe). I also understand it has some football teams. Who knew?

In other racing, Anton and Anita Piatek both took on the Ecotrail 30k in Wicklow. Anton finished the hilly trail course around Bray in 4:11:22 and Anita in 4:50:11.

Today, our focus turned to Berlin. Bekele may have got his pacing wrong but Prof Alan Ladd certainly did not, finishing in an amazing 2:49:07. Karen McKee finished in 4:23:46 and Elaine Kennedy in 5:11:21.

So, this week’s tune is for those who tackled the heat of Berlin today. I could use “Take My Breath Away” by Berlin but this is officially a Top Gun free zone (more of a Cocktail man myself, if I’m honest). I should use Bowie but we’ve done that before. So here’s one from a group of guys from Dublin who recorded this in Berlin. Not bad, but they’re no Prof Ladd.