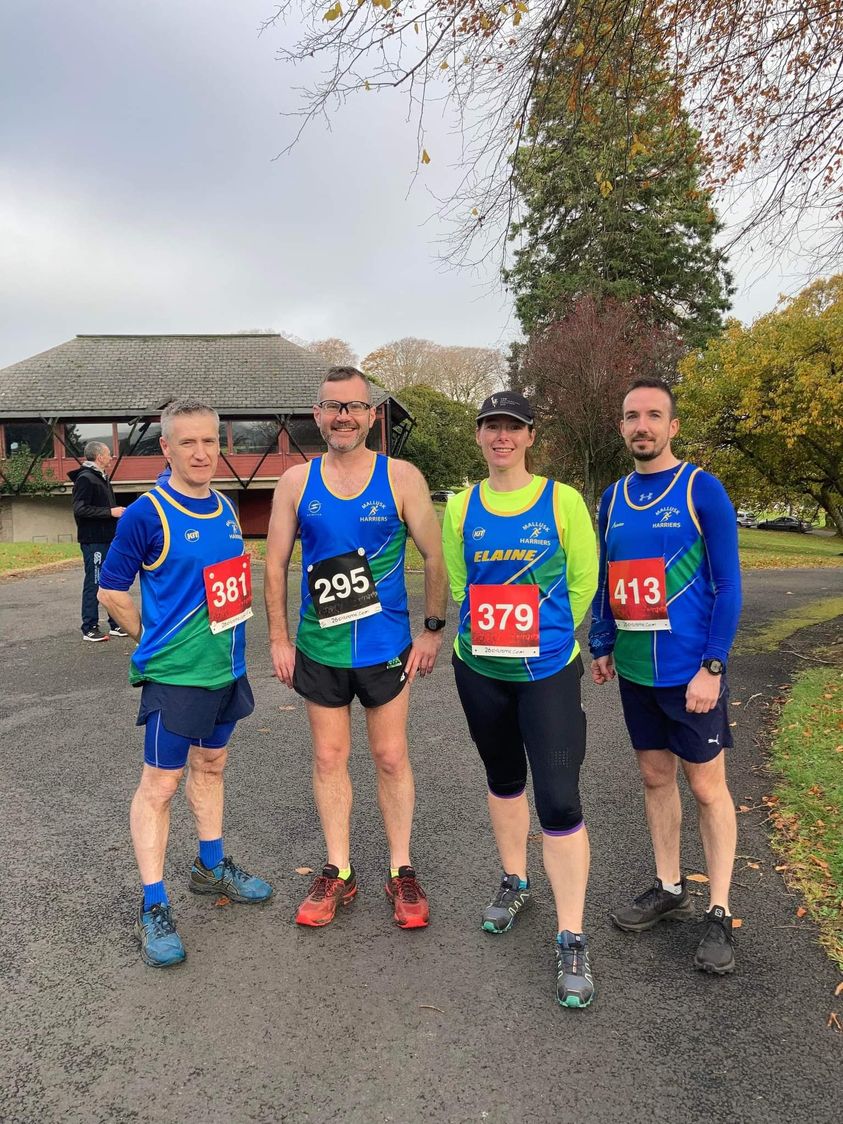 Last week it was ghosts in Balyboley, this week the only wailing came from the Sunday trail runners themselves as they spotted another hill on Paul’s scenic route round Glenariff.

And ADav was at the Valley finishing in 21:41

Many of these times are unofficial (i.e. taken off Strava) as not everyone is appearing in the official results.
Neil Campbell competed in the Ultra event but no time is currently available.

I hope I got everyone who was there. Please post results in Team App to ensure you are included in the report.
Not exactly a race result but a big congratulations to Lee O’Boyle on being the NIURA Northern Ireland Ultra Running Association 2021 NI and U 100k men’s champion.

So, this week’s tune is for the Harriers who braved the elevation to admire the scenery of Glenariff Forest Park. Some may have had wine in their camelbacks; others may have been hitting the donuts but they all came back in (mostly) one piece. So they win.

Until next week, behave.
CAVILLATOR