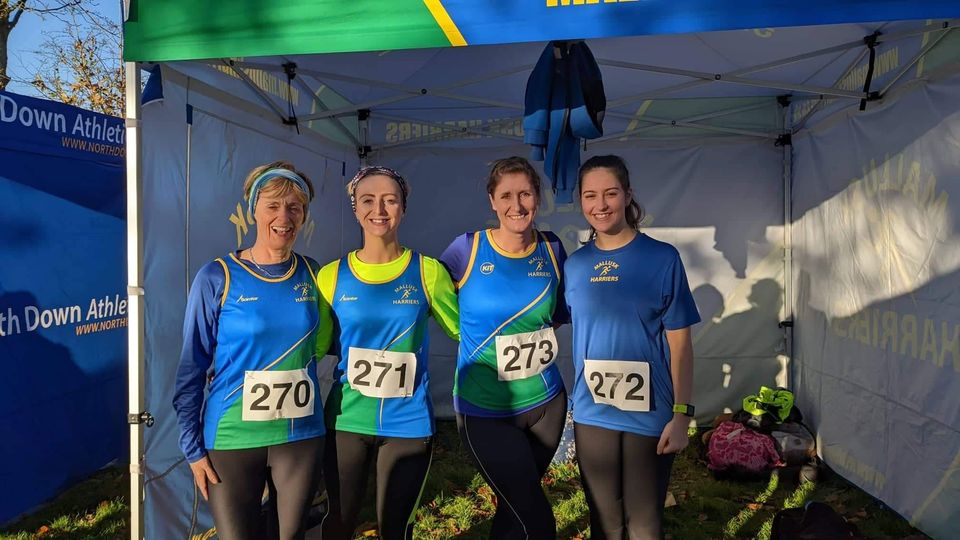 This week it wasn’t just me suffering from wind as several parkruns also felt the effects. But that didn’t stop our XC teams or road racers as you will see below. It’ll take more than Arwen to blow them off course. Thank you, I’ll be here all week…..

Manchester. Taking part in the Peel parkrun were Stephen Armour 21:53, ADav 22:16, Sharon Dunn 30:34, Joanne Milne 30:35. Many of you will be familiar with Peel Park from the works of LS Lowry, obviously. But you may be more surprised to learn that the park was not named after famed DJ John Peel. Although it bloody should be.

But there was other racing this week too. Elaine Kennedy and Matthew Carvill took part in the Born2Run Loughgall 10k, Mathew finishing in 50:35 and Elaine in 59:25. And Dermot Boyd finished the Joe Duffy Clontarf 5 mile road race in 49:33.

I tried to think of a decent song about wind but I’ve done both of them before. So this week’s tune is for the famous four who headed to Manchester and are now declared the Harriers own version of ABBA. Enjoy.
https://youtu.be/XEjLoHdbVeE
Until next week, behave.
CAVILLATOR