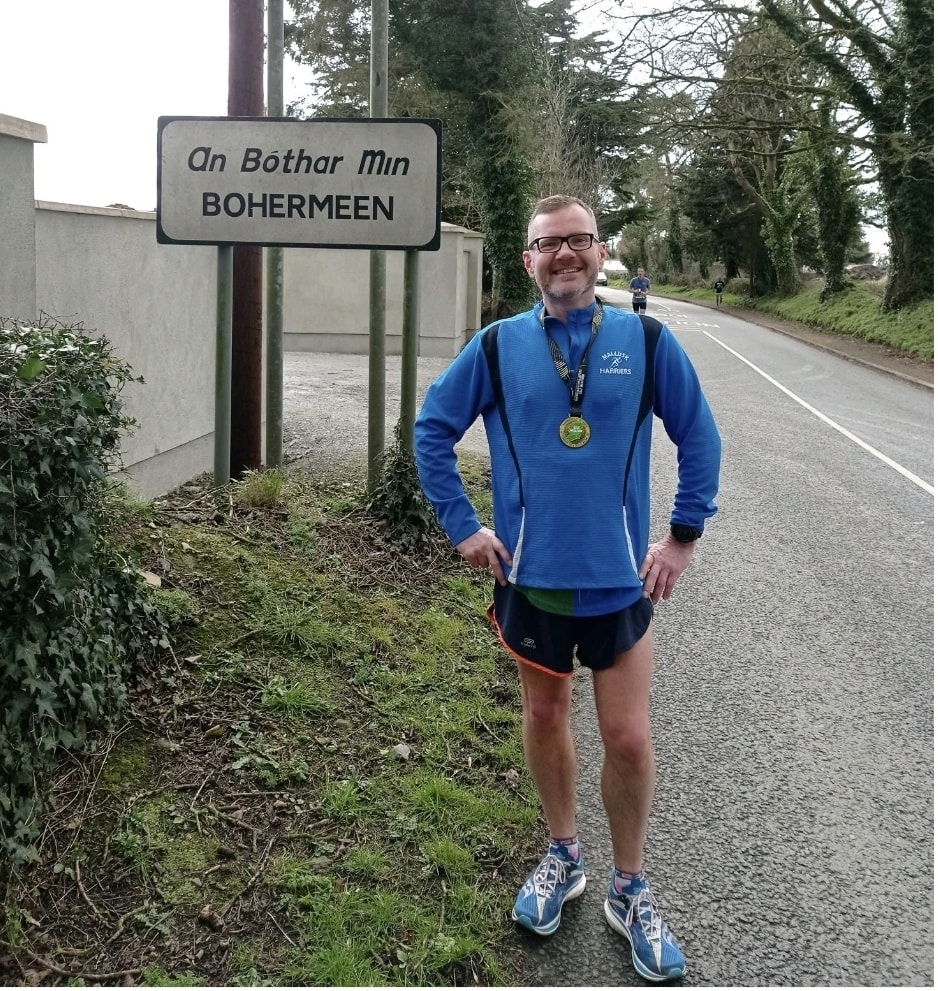 We think we have it bad with Paul’s Sunday routes but this week the Tennessee hills heard the conch again as the Barkley Marathons returned to Frozen Head Park. If you know, you know. If you don’t, go look up this race. The craziest, toughest ultra race there is. No finishers again this year. Last one was 2017 I think. But worth $1.60 of anyone’s money. Ain’t no Sealstown though.

And big congratulations to Tom on completing his 200th parkrun in such fine fashion.

His 12th first place finish and 8th PB on this course. And a drop of over 2 mins on his PB over that time.

In other racing, our very own Bernard McKeaveney was at the Walled City 10 Mile Road Race, finishing in a PB time of 1:23:30.

As Lee took a well deserved quieter week, our other header in chief was out this week instead. Micky McAuley, for it is he, took part in the 2022 Spud Run, a NIMRA Glenariffe Mountain Race sponsored by Glens of Antrim Potatoes. Sounds fun but you have to climb more than 1,200ft to get your bag of spuds at the end. Unfortunately, the results have not yet been cooked up and served so the time will have to wait til next week.

Also, for reasons unknown, Kevin Donnelly, owner of the fastest specs in the club, was in action in Navan at the Bohermeen half marathon. Kevin finished in a superb PB time of 1:20:21. Bohermeen means the smooth road so maybe he picked an easy one?

Before I finish, I should note that I was asked (i.e. physically threatened) by your lovely Membership Officer to remind you that is that time of year again and subscriptions are due.

Sure, where else would you get all the same pain, suffering, craic and camaraderie for less than the price of a thimble of fuel?

So this week’s tune is to celebrate all things Barkley. From Tennessee’s finest to Tennessee’s toughest.