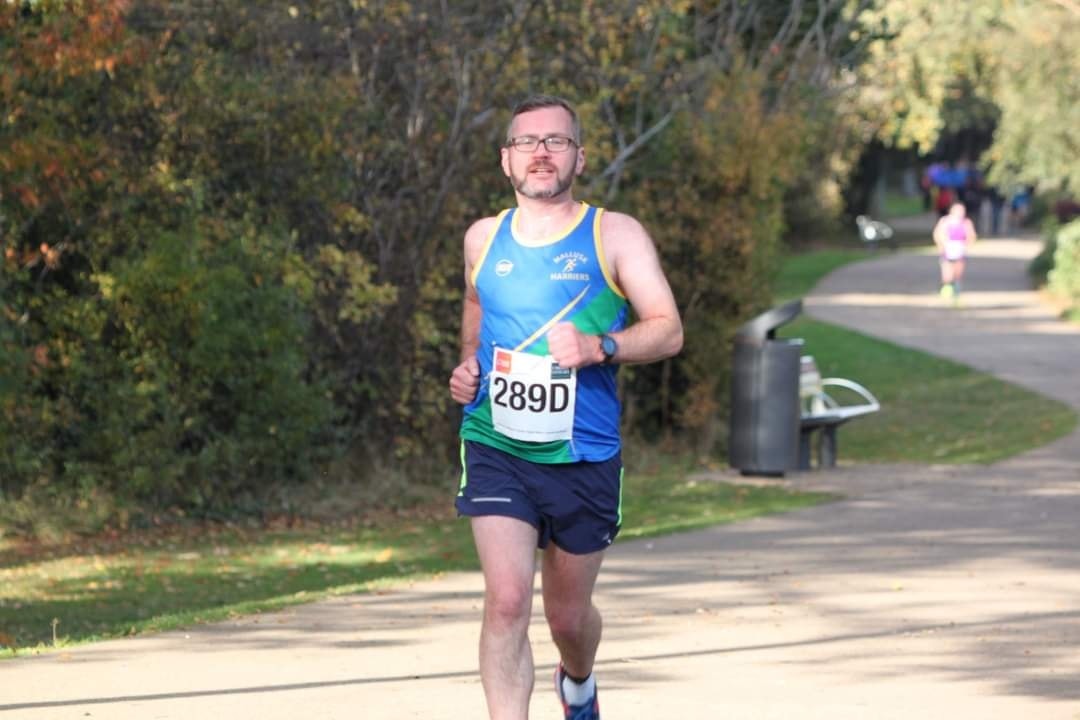 Officially, the report is a few days later than usual to allow me to include results from Boston and Whitehead. Unofficially, its late as I’ve just re-emerged from a chocolate coma.

Taking on just the 10 different parkruns this week were:

This is a new parkrun (4th event this week) near Downpatrick. Yes, I had to look it up.

And, it being Easter weekend, there were a few parkrun tourists this week (sorry Aidy, but Dungannon doesn’t count).

Nicky Fleck was at Clevedon Salthouse Fields parkrun (yes, I think someone is making these names up too) finishing in 31:09. This parkrun is in Clevedon near Bristol which I have heard of. This location has something to do with salt but, to be honest, I got bored and so have no further details.

The above may disagree, but there is also life outside of parkrun and several Harriers were burning off the Easter eggs in the sunshine at the Whitehead 5 mile race:

Last result of the week has to go to our own speedy specs as Kevin Donnelly proudly brought the club vest to the Boston Marathon. Kevin finished the toughest of the majors in an amazing 3:13:46.

So this week’s tune is for Kevin. I wanted to pick a band from Boston for him. It could have been Aerosmith, or the Pixies (sorry Lee), The Cars, The Lemonheads, even the mighty New Kids on the Block (a close 2nd choice – not). But I’ll take any chance to play this classic and its aptly describes how Kevin took on Heartbreak Hill. Mr Donnelly, we salute you.