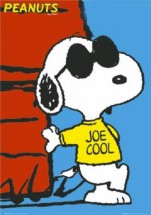 In the midst of a perfect storm…

Friday 21st August saw 208 competitors from 32 athletic clubs come together for the 2nd annual Mallusk Harriers 5 mile road race, in what could be said perfect weather conditions for the run. Last year’s winner, Brian Campbell (Willowfield Harriers), who it must be said has been in sparkling form notching up numerous wins throughout the season, went head to head with Joe McAllister (St Malachys AC). Both gents went toe to toe throughout the first 4.75 mile until Joe began to edge out a small lead over Brian in the final quarter mile and claim the honours by six seconds in a time of 26:37, credit to both lads for beating last years winning time of 27:00. Brian’s team mate from Willowfield, Neill Weir took third place in a time of 27:38, fourth placed finish this year was Andrew Considine (North Belfast) in a time of 28:19, and Andrew was followed home by his team mate and first junior Conal McCambridge 28:31. The ladies race was taken by Geraldine Branagh (Dromore) 33:57, followed in second place by Yvonne MacAuley (Crusaders AC) 34:16. In third place was SarahJane Guiney (Albertville Harriers) 34:44, great to see SarahJane back on the podium, the last year of hard work beginning to pay off, well done to all.

Currently I am finding it hard not be biased in writing this report, on how the race was accepted by the competitors on the evening, although from the comments left on our Facebook pages and twitter account, loans itself to one very overwhelmed and delighted club to hold such an event and to conduct it in the true spirit and enjoyment of competition. Mallusk Harriers, a club in its infancy, held the inaugural 5mile race with a little over 25 members in 2014, over the past year the club has grown immensely to over 86 current senior members. With this we had the luxury of having many run in the event, results as follows to which we are all extremely proud of each runner’s achievement:

While some of us were nursing the effects of the night before or taking in the parkruns, we did have a gentleman on international duty. Patrick McGuckin travelled to Iceland with his better half and some of the NBH crowd to take on the Reykjavik marathon. Gentleman as he is, Patrick ensured Lynn completed the course in a time of 4:17:16, great running folks enjoy the rest of the break…

For some, the Blue Lagoon and the scenic views of volcanos may please , there were a handful of Harriers who were more content on our very own idyllic landscape and decided to take to the Silent Valley for the Dambusters Born 2 Run 10k and half marathon. Lauren Whitehouse was the first lady to complete the 10k course in a time of 67:38; next home was Joanne Haddock in a time of 72:41. The third lady home was Kelly Nelson 75:35 and fourth to return for the Harriers was Lorraine Forsythe 84:31. Absolutely smashing ladies the extra night’s running is starting to pay off, keep it going…

The half marathon was the final run in the Pure Running & Championchip Ireland half Marathon Series. Fresh to the line from an impressive run in our 5 mile road race the evening before was Brian McDonald. Brian had completed all other 9 events and had been looking forward on the completion of all 10 and did so with a smile returning home in a time of 1:49:19. Next home for the Harriers and had also competed in the Mallusk 5miler was Michael McAuley in a time of 1:54:58. Our final runner in the half marathon was Darren Taggart returning in 1:57:13, smashing running lads…

The final event of the week allowed for the Mallusk Harriers vest to get a showing at the Donegal Half & Full Marathon, with Patsy Hamill taking on the course in what could only be described as a monsoon (or is that just a summers day in Ireland…?). After a tough race on Friday evening at our own 5 mile race to which Patsy managed to take 3 minutes of his last years’ time, Patsy stated his legs didn’t feel 100% and the pints of porter the night before may not have helped, although Patsy did manage to finish in a highly impressive 33rd place in a field of 534 for the half marathon in a time of 1:29:21… Absolutely smashing running Patsy…!!!