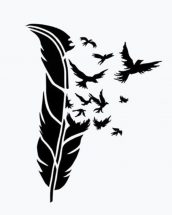 Resting on a crest of a wave…

The opening round of events over the previous two weeks took place at Stormont estate with the Run in the Dark 5km & 10km races, with quite a few of the Mallusk Harriers taking on the folks on the hill and certainly laid down the law with a few of our runners returning with personal bests.

A few days later on Saturday 19th November two hardy harriers decided to turn their hand to the cross country malarkey. Martin McCready & Paul Skillen hadn’t tried the type before headed to Cookstown for the Mighty Oaks XC, both lads did very well and returned with times of 31:13 for Martin and 35:46 for Paul – Next up the Malcolm Cup in Ballyclare.

Later that afternoon 14 harriers took to the Ormeau embankment for the sold out event Seeley Cup. The highly prestigious event certainly brings out huge numbers with over 1000 registered. The club had a great mix of novice and auld hands running with Danny Donaldson leading the charge home for the club in 40 minutes, Danny was closely followed by the dynamic duo of father and son Robert & Robbie Gould, with Dad Robert taking home the bragging rights with a time 42:29 with a new PB for the distance, young Robbie returned in 43:04. Next home was Andrew Diver in a time of 47:09 notching up a PB also. Tom Wylie crossed next in 48:28, followed by James Hewitt in 48:33 with a new PB. Also hitting a new personal best for the 10k distance was new C25K graduate Nikki Fleck, taking it right to the line in a time of 51:38, Nikki was followed home by Anna-Marie Nolan 52:05. Next across the line saw yet more C25K graduates, mum & daughter Pamela & Sarah McCafferty both returning with PBs, Sarah in 55:43 & Pamela 55:49, smashing stuff ladies. Next up with a personal best was Kelly Carlisle in 60:46, closely followed by Tiffany Donaldson 62:19. Further PBs continued, this time with father & daughter Catherine & Dermot Boyd crossing the line together and Dermot collecting the PB in 63:25. Right to the line saw the ever improving Jennifer McCoppin also collecting herself a brand new PB in a great time of 64:55.

The final event of the weekend took place in the scenic town of Carrickfergus with the East Antrim Marathon Series. The club had a great turnout of 9 members taking on the half marathon, as the results are still to go to press, I can confirm that all our members had a really cracking day by the seaside with Susan Thompson taking top honours leading the field home for the ladies and Nuala Muldoon returning as third finisher for the ladies, Deborah Ewing came home in 5th place. Also finishing were; Allister Houldsworth, Joanne Milne, Sharon Dunn, Janet Grew, Tina Steele and finally Leeanne Skillen, with a very special shout out to Leeanne who completed her first (of many) half marathons.

Over the weekend it was fantastic to see many of our non-runners out supporting our members at the racing events both at the Seeley Cup and EAMS, can’t express the importance in seeing a friendly face in the latter stages of a race when the body and the mind wants to give up – the lift from the club member supporting is second to none, top marks Harriers……!!!

Again apologies if any of our runners have been missed out in this week’s report, as I am sure someone may have been overlooked… Safe running to you all, ‘pay it forward…’ and remember ‘Right to the Line…’

Finally it has been a pleasure reporting on all the races and more importantly seeing the club members growing in stature and running right to the line over the last 18 months / 2 years where I have been writing these reports. Unfortunately I have a few irons in the fire over the next few months to keep me overly active within the club, so therefore the secret quill of the Mallusk Harriers is to be handed down to the next ghost writer…