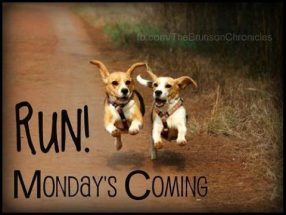 It was back to basics for many Harriers this weekend, parkrun on Saturday and those training for spring marathons, continuing to up their game and the miles as the weeks’ until race day reach the digits of one hand.

With the clock hand moving forward, the extra evening daylight, can give one a more eagerness to run. There is nothing more exhilarating after a day’s work, than running on an open road while following the sun.

End your working day with a run….

Stormont:
Leading the charge for Mallusk was Alan Magee 28:09 and Darren Linton 30:26.

Peckham Rye:
South London, the home of the world’s most famous yellow Reliant Robin was where Owen Fulton managed a PB in 23:47, and definitely no truth in the rumour he slipped Del Boy a pony.

Krakow:
Jim Grew was Mallusk Harrier’s furthest man east this week, with a trip to Poland, coming home in 22:09.