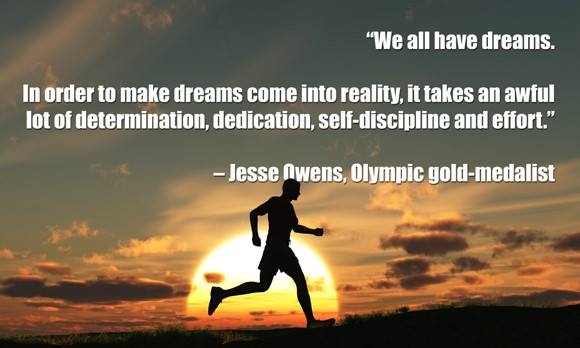 Running is that time when the brain unspools the tangles that build up over the past few days. You can pound it out on the pavement, channel the energy into your legs, and when the run is over, the brain is ready for its next challenge…
As are you…
Go Run.
Friday 28th July 2017:
5 Mile Ballymoney.
In the North Antrim market town, Harriers Martin McCready with a PB in 34:38 and Paul Skillen with a PB in 36:25 completed the annual milk run.

Giants Trail Race 6 Mile at Dub Pavilion Malone.
The scenic trails around the Lagan Valley Regional Park saw Harrier Mark Smith 1st for Mallusk with an astounding 38:38, Danny Donaldson arrived next in 42:28, with Alex Davidson 46:38, Owen Fulton was home in 53:19, as Elaine Kennedy arrived 58:44, next was Tiffany Donaldson 1.07:26, with Mairead O’Hare 1:18.40.

Falls:
Going solo at the Falls this week was Harrier Susan Thompson in 22:51.

Stormont:
Also celebrating a milestone was Stormont, hosting its 100th parkrun, now being held more times than the Northern Ireland Assembly has sat, and saw Alex Davidson with his own celebration with a PB in 20:55. Stephen Semple 23:34, Maeve Kennedy 26:36,Duncan Baxter 31:35.

Wallace Park:
In Lisburn Mallusk’s Neil McCready was our only representative in 22:59.

Waterworks:
Mallusk’s Danny Donaldson was first in 23:04, Patrick Hamil 24:38, James Hewitt 25:49, Mark Hay 27:41, Elaine Kennedy 28:36, Dermot Boyd 30:33, Tiffany Donaldson 33:07, David McCavana 36:09, Cole Barrington 37:36, Anna Marie Nolan 37:40, Miriam Clarke with a PB in 39:47, Suzanne Brennan 54:41.
parkrun thanks Mallusk volunteer Suzanne Brennan.
North Belfast Harrier 5K Time Trails Ballysillan.
Mallusk’s Paul Skillen a 5K PB in 22:04 making it a double PB in 24 hrs. Terry McIvor with a PB in 22:42, Yasmin Lynn with a PB in 25:57. An excellent well organised event by North Belfast Harriers.
Somewhere in the hills near Slemish….
….There was a Mallusk Harrier who ran a mountain trail, lost £20 quid, an energy gel, but found a sheep in distress and managed to pull it from the bog…. Hail to Mickey ‘mountain sheep man’ McAuley.
Sunday 30th July 2017:
Divis 10K.
On top of Divis Mountain several Harriers braved cool gusts and darkening skies as part of the Leg It race series. Alastair Houldsworth in his first 10K navigated the closest most of us will get to the surface of the moon in 49:14, next was Owen Fulton in 56:08, Brian McDonald arrived in 58:04, Sarah McCafferty 1.00:22, just ahead of mum Pamela 1.00:23, Sharon Dunn arrived next in 1.01:55 , then Clare Teer 1.03:00, with Mairead O’Hare ensuring everyone arrived back safely in 1.46:27.
Cookstown Half Marathon.
Part of the Pure Running Half Marathon series brought runners along the widest street in Ulster and onward into the countryside with several hills to look forward too, while four Harriers completed their second half marathon in a week. Danny Donaldson was 1st for Mallusk in 1.30:34, next to arrive was Anna Marie Nolan 2.04:54, then Joanne Milne 2.13:46, David Esler 2.33:21, with Tiffany Donaldson 2.39:23.
It is with regret to end this week’s report on a sad poignant note. We are all keen runners, regardless if we are members of Mallusk Harriers or another running club within Northern or Southern Ireland; but when illness and death strikes it affects us all. Especially if it’s a person who we see race on race, year after year….
….The Sunrise 5K Antrim Coast.
An emotional sad day for all at East Coast Athletics Club as in their own club race, they remembered club member Paul Clements who passed away suddenly within the last few days. Paying their respects with an early 7am start for Mallusk were Ian Brennan, Martin McCready & Paul Skillen at Drains Bay as they followed the sun’s morning rays and finished together with the background of the crashing waves onto the shore in a time of 27:48.
Until next week…..
Stay Safe….
The Insider.