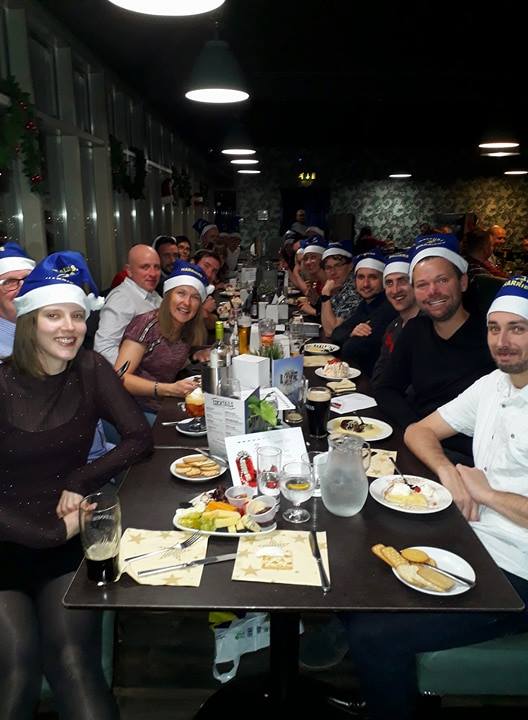 “The first fall of snow is not only an event, it is a magical event. You go to bed in one kind of a world and wake up in another quite different, and if this is not enchantment, where is it to be found?”

The more cultured Harriers (i.e. The Insider and no-one else) will recognise the first quote as the words of JB Priestley. The second quote is my own.

Yes, another week affected by weather; another week of binge eating instead of running. Several parkruns were cancelled again but the more resourceful Harriers travelled to ensure they kept running:

Today’s running was somewhat curtailed as many recovered from the Harrier Xmas party. Having witnessed the “dancing” of several club members I can only say I am glad we are a running club and not a dancing club. Please note, lessons are available locally. Please.

Big thanks to Social Boy, Ian Simpson and his helpers for putting the whole thing together so well.

It has come to my attention that an example has been set by Lord Ian ROTM Brennan (as he will hence be known) who still managed 10 miles this morning after attending last night.

Although holding his trophy aloft for the entire run did slow him down a bit.

Well, hopefully we can all get some running in this week. If not, still time to write your Santa letter. I’m asking for a big fat bank account and a slim body. Hope Santa doesn’t mix them up again like he did last year.