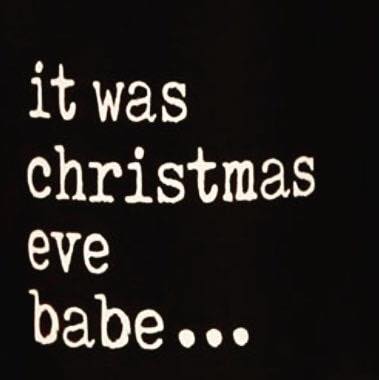 Well, twas the night before Christmas, when all through the house not a creature was stirring, not even a mouse.
Mainly because we were all watching Die Hard and eating Quality Street.

Hopefully you have recovered from Nuala’s Santa Run or the Grew’s mulled wine or whatever running you managed this weekend. Despite what you think, the calorie count did not swing in your favour. But ignorance is bliss; let’s make it next week’s problem.

We also had a few Harriers out on tour this week:

Danny and Tiffany Donaldson went somewhere even more cosmopolitan than Craigavon. (Not possible I hear you cry).
Both were at Bois de Boulogne near Paris. However, in true French style, results for 23rd are not posted yet. Sacrebleu!
Let’s just say Tiffany won, with Danny a close second, and that there were loads of croissants and patisserie all round.

My presents to you all are on the way. Having read all your Facebook posts this year, you’re all getting dictionaries!

But for 24 hours tomorrow I will drop the sarcasm and allow in some Xmas spirit. So, enjoy some quality time with loved ones. Don’t message, WhatsApp or text them. Actually, phone them or go see them in real life! (You’ll be ignoring them again come January once the new season sets in anyway)

I’ll leave you with a much under played Xmas classic:
https://www.youtube.com/watch…