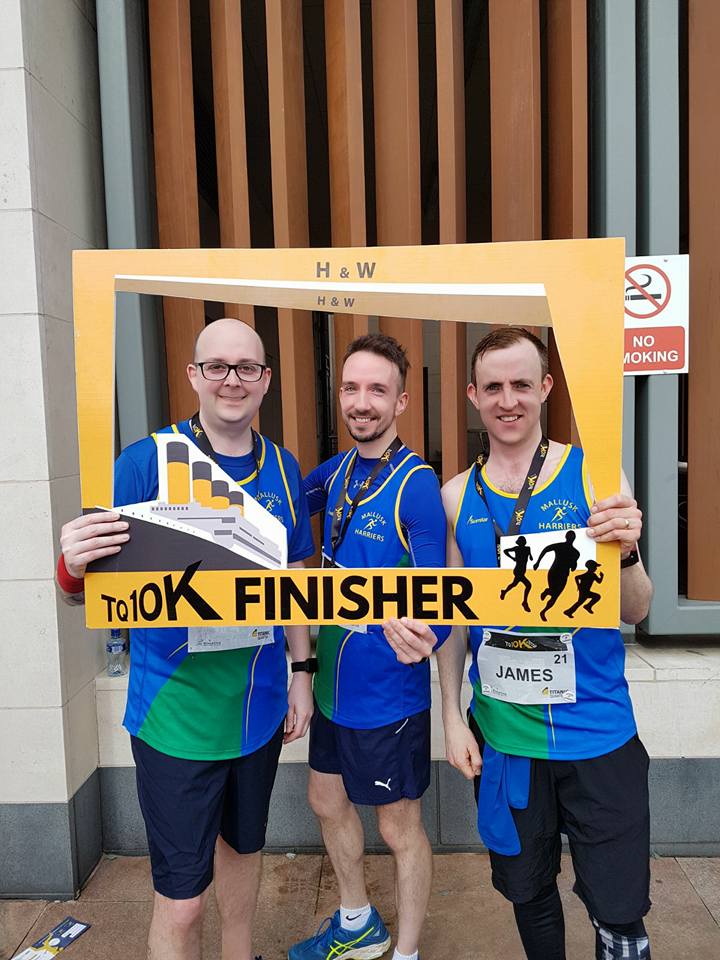 This week, Easter put its bonnet on and tried to rain and blow us off the roads before changing its mind and giving us a wee bit of sunshine for our parkruns and Titanic running.

This week’s parkrun tourist was Stephen Weir who completed Newcastle in 32:01

Our final weekend race result comes from Manchester, where Anna-Marie Nolan took a massive 15 minutes off her PB, coming in with 4:23:48. Well done Anna.

This week proved how dangerous a sport running can be. Alan Ladd decided to attempt the Cooley Legend hill race in the bobsleigh position and came off worse against the hill. Lucky our mountain/super man Micky McAuley was there to carry him home. (anyone else picturing that Forrest Gump scene?)
Then Lord Brennan attempted to headbutt the finish line barrier at Titanic in an effort to further reduce his PB time. Mind you, this was a lot less dangerous than his attempt to claim a 5k PB over his better half as part of his 10k timing. Legal issues prevent further discussion.

So, here’s hoping that the winter is now behind us and we can look forward to complaining about the heat and sunburn instead.