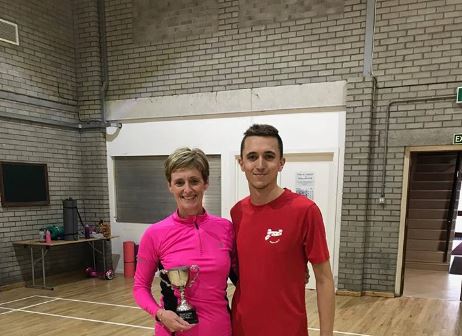 As always, July was another month with great representation by the club’s athletes in both training sessions and various race distances. Many have started their marathon and half marathon plans whilst others are putting in the work to knock down those 5k times.

Despite the efforts of many, July’s runner of the month was as close to a sweep as we’ve ever seen it, which just goes to show how deserving the winner was.

Mark Smith was the only nomination to break the trend with his regular podium appearances and consistent training getting a mention. Impressive running as always Mark.

But July’s standout runner was none other than Pamela McCafferty! Since joining the club Pamela has gone from strength to strength and perhaps most notably picked up an age category win at the Portaferry 10 miler this month. Well respected and noticed for her constant support for other club members, Pamela is a great example of what it means to be a Mallusk Harrier.

Congratulations Pamela, we’ve no doubt there’ll be more trophies in the future!