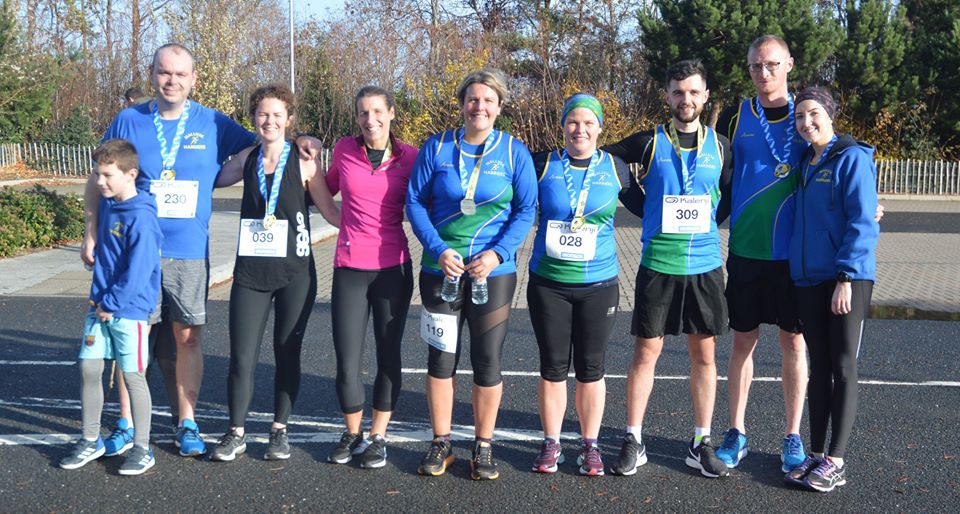 As the leaves turn brown and the post-Dublin hangovers fade, the Harriers head back out on the roads and trails this week, making the most of the Autumn sunshine.

A few tourists this week.
Alastair CHO Houldsworth went to Cliffe Castle parkrun in completing in 21:48. Its in Keighley. It’s near Bradford. It’s pronounced Keeth-lee. Alastair Campbell and Mollie Sugden are from Keighley.
Sarah Ross went to Buckingham parkrun. It’s in Buckingham. It’s near Milton Keynes. She was 3rd female finisher in 22:48. Obviously quicker at parkrun than she is getting to New Zealand!
But the undisputed winner this week is Anita Piatek who completed the Main Beach parkrun in 32:49. This parkrun is on the Gold Coast of Australia. And it’s probably near a beach!

And ADav went to Orangefield 24:03

Nuala Muldoon was our sole senior representative at the (non-league) McConnell Shield XC event, finishing in 23:31.
Tom Fleming represented the juniors finishing 2nd in the U14 race in 5:51.

Finally, Suzanne HOTM Brennan completed the Disney Wine & Dine Half Marathon in 1:54:40. The amount of wine taken or dine eaten has not been made available.
I note Hollie ran in a junior event on the same holiday. The Lord has a lot of catching up to do…….

As I write, Elaine Kennedy is still running the New York marathon. I’ll update her result in next week’s report.
In the meantime, here’s a wee song about NY to keep you going. (Not the obvious one).