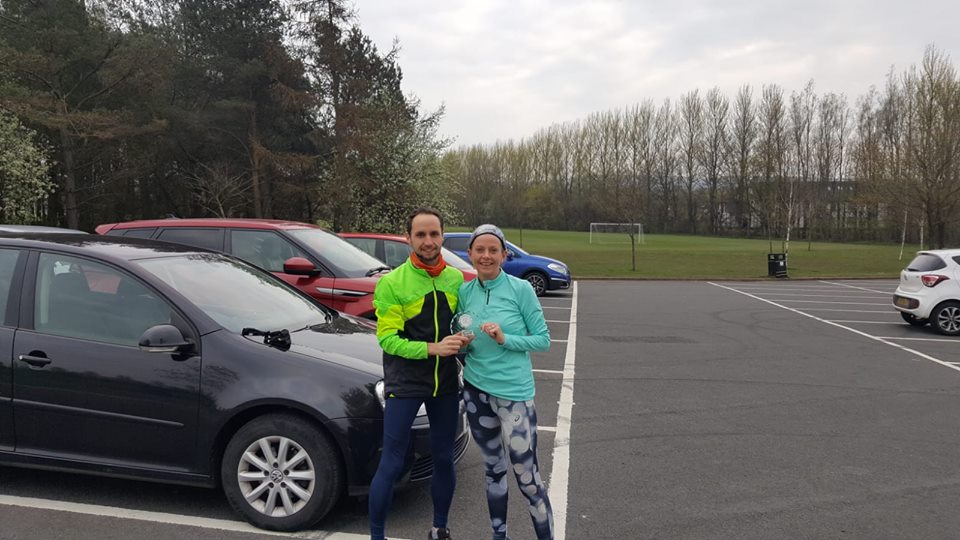 Harrier of the month – March

It was great to see so many nominations this month for Harrier of the month and for so many different people too. The success of the club shines through in many ways. In the winter months the team spirit was so evident at the XC races where the vociferous support helped our runners round each course and climb the league.

In March, as many of us started to tackle our big goals of the year, the support may not have been so concentrated in one place. For many there have already been huge ups and downs, PBs and injuries.

What makes being part of a club great is the arm round the shoulder following disappointment or the quiet words of encouragement after a hard session and of course celebrating each other’s successes. The nominations this month prove that this kind of support in the club is widespread and appreciated.

In March there were nominations for:

Cavillator – where would we be on a Sunday night if we didn’t have our weekly dose of Mallusk Harriers news and a tasteful tune (mostly!).

Emily Dowling – collected all our packs for Larne half marathon and waited around in our typical baltic weather to distribute them.

Karen McKee – “Karen is such a positive person to be around in the club, always encouraging and supporting others.”

Lee O’Boyle, Alan Ladd and Neil Campbell – deservedly described as ‘rookies’ in the fell running arena, were nominated for helping Micky on the Denis Rankin round with “Military precision and true Harrier spirit”. Alan was also nominated for the Monday night ‘drop in clinic’.

Micky McAuley – as well as his numerous nominations for ROTM was nominated for HOTM “This man is a true inspiration and doesn’t allow anything beat him!”

Suzanne Brennan – was nominated for all the work she does as ladies’ captain and coach on top of training for her first ultra! “Suzanne constantly attends events encouraging folk; that’s just what she’s does.”

Well done everyone who was nominated and also those who weren’t this month but who are still doing great work for the club – you can’t all be nominated every time!

This month’s winner by a country mile (if that country mile is the last mile of the Larne half marathon) was Patricia Curistan. Patricia always has a kind word to say to others and her own running feats are an inspiration to many at the club.

However, Patricia probably managed to clock up more miles on the day of the Larne half marathon than anyone else that day despite only running the last half mile, by running it over and over again to give each weary harrier a final push over the line.

Here’s what some had to say:
“Patricia showed brilliant support at Larne, running alongside plenty of Harriers on the final stretch. I was in pain, but her encouragement helped me over the line.”

“After a long run, Patricia ran back and forward getting Harriers over the line. I wouldn’t have finished without her, the epitome of true harrier spirit.”

“For running so many in in Larne giving them that final push. A fantastic girl and always smiling”

“Selflessly helping other Harriers across the line at Larne. Always offering support to her fellow Harriers and a hug to those in need. A true asset to the club.”

A very worthy winner Patricia, we wish you all the best in London at the end of the month!