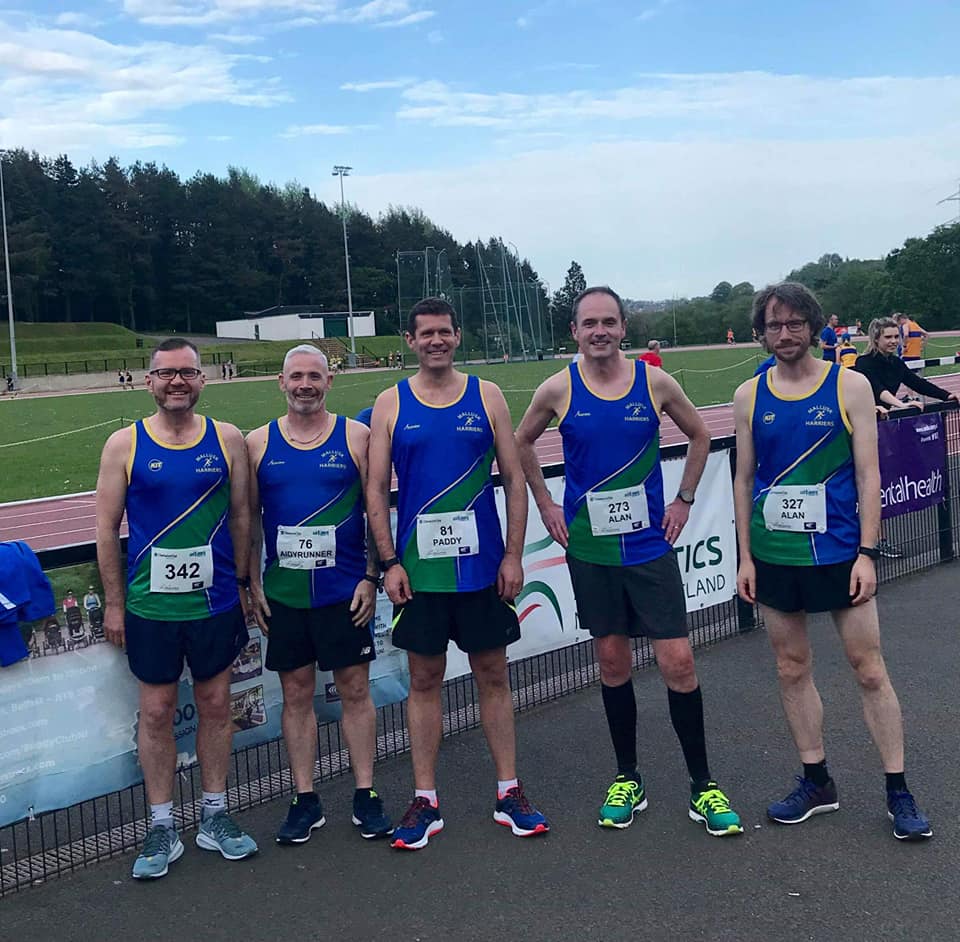 A quieter week for running this week. Maybe you were all psyching yourselves up for the GoT finale instead. Maybe you were too busy planning your party for the annual unmissable train wreck that is the Eurovision “Song” Contest. (Madonna – please stop. Now. Thanks)

This week’s parkrun tourist was Stephen Weir who went to where the windscreen wiper was invented. Stephen completed the Newcastle (obviously!) parkrun in 28:47PB.

Tuesday night saw the first of the EAH Forest Trail Races at Woodburn. Running and eating midges for the Harriers were Alan Kerr 25:17 and Elaine Kennedy 28:17.

Our own Mairead O’Hare took on the latest EAMS Fatlad event at the 10k distance yesterday. I can’t find official results but believe she finished unofficially in 1:22:00

Team Brennan headed off this weekend to take part in the Great Manchester Run half marathon.
Lord Brennan, ever the gallant, suave, courteous gentleman, let Suzanne beat him to the line, 1:57:53 to 1:58:26. Or else she just beat him. Again.

Slightly closer to home, Angela Stevens followed up her parkrun PB with a run in the latest instalment of the Pure Running Half Marathon Series. She completed the Portadown Half Marathon in 2:10:46.

Manchester, home of Alan Turing and Joy Division, LS Lowry and The Smiths.
Portadown, home of Gloria Hunniford and Joyrider (See TOTP circa July 1996).
You decide.

So, this week’s tune is for Madonna. I wanted to show her how a Eurovision interval act should sound. I could have used Riverdance, I should have used The Hothouse Flowers. But I’ve used the Wombles from 1974. Sorry.