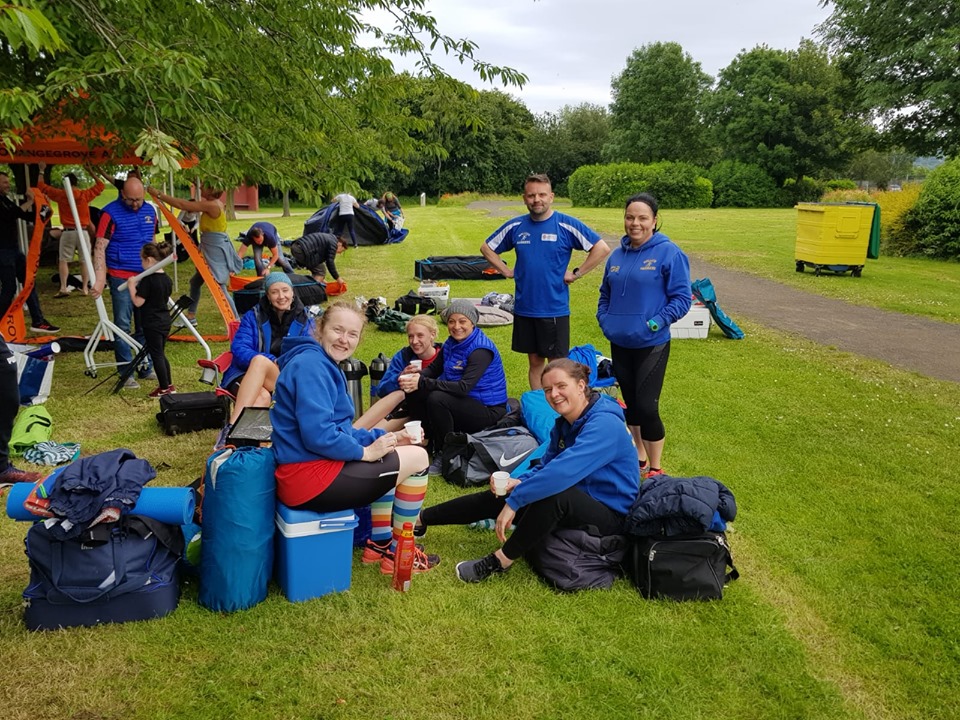 June is bustin’ out all over. So said Rodgers & Hammerstein (in that musical with the silly song about walking alone) but they obviously hadn’t spent much time in Mallusk. In fact, the sun only came out to annoy the headers in Victoria park this weekend.

Seems there was a bit of a competition on for tourist of the week this week. Elaine Kennedy had her usual attempt at it, this time at Rostrevor 36:13. Then Alan Kerr tried for it at Portrush 24:42. He was matched by Philip Fleck who, Scholeseque, came out of retirement to complete his 50th parkrun in 31:40. The vest in the west also had a go, Aidy Hughes completing MUSA in 24:35. Neil “sub 20” McCready and son Ryan then had a go completing Castlewellan in 19:29PB and 28:08 respectively. Kevin Donnelly was a strong contender completing Claremorris parkrun in 19:25, breaking 20 mins again and coming second whilst he was at it.
But there can only be one winner and it is, obviously, Fidelma McCoppin. Fidelma took on the beast that is Citypark parkrun in Craigavon, finishing in 33:43. Craigavon, home of the roundabout, is also home to the Craigavon Cowboys, winners of the inaugural Shamrock Bowl (luckily named Shamrock Bowl 1) in 1986. So there. (Stop laughing Brennan).

And, in the greatest reunion since the Spice Girls, ADav reappeared at the Valley, finishing in 22:47.

Wednesday saw the latest running of the Lisburn 10k and Half Marathon, always popular with the Harriers:

On Thursday, Joe Mathers took part in the latest Grant Thornton 5k on the runway of Belfast City Airport finishing in a time of 18:51.

No official results yet but a big congratulations to Craig Mills and our two relay teams who took part in the Energia 24 hour race yesterday and today. You should all be very proud of yourselves. Headers.

So this week’s tune is for everyone who survived both the heat and twilight hours of Victoria Park. And for those who went along to help them, ;augh at them or both. We salute you all.