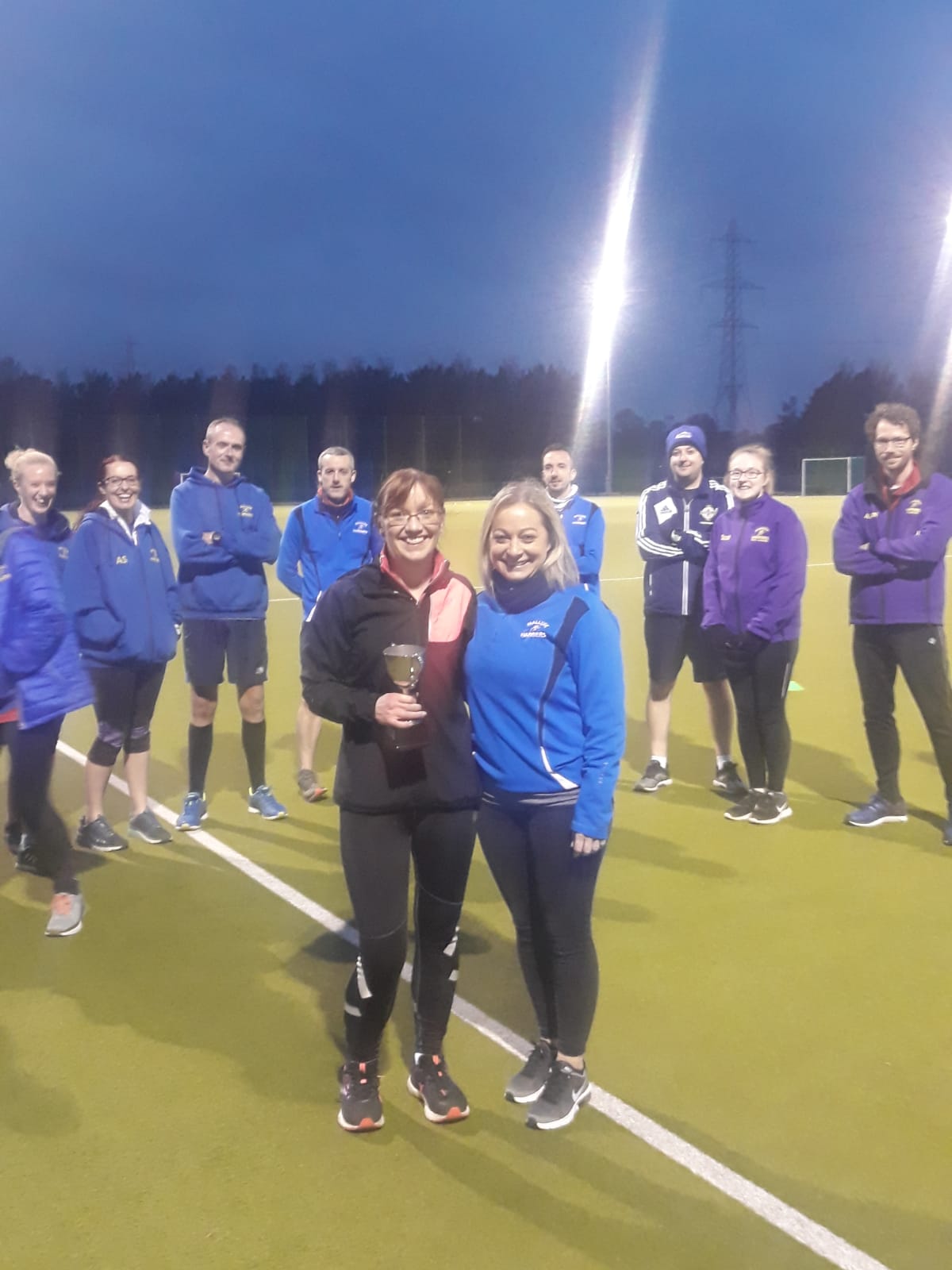 As the cold dark training nights begin to set it, September seems like a distance memory already.
September saw many Harriers taking on some of the biggest local (and not so local) races in the running calendar,
Laganside 10k, Belfast Half Marathon, The Great North Run and Berlin Marathon... to name a few!
Ramunas Stanevicius again earned himself a nomination, becoming a bit of a habit now, but to be expected with his consistent progress month after month!
"Outstanding participation in races but particularly his PBs at Laganside, Belfast Half and more recently at Valley Parkrun."
Club newcomer Bernard McKeaveney earns his first ROTM nomination, some say it is because of his great progress since joining the club, others say it is because he has been bribing people with cake, I'll let you decide!
"Has only just joined the club but has been out smashing race after race. Always with a smile and is getting lots of PBs. He is a great asset to the team. Plus, if he wins he might make cake"
Alan Erwin - great to see Alan back to full strength following a lengthy period of setback due to injury. This month saw him continue to grow from strength to strength with an amazing PB in Belfast Half marathon.
"For me the standout performance this month has been Alan Erwin. He is looking so strong in training and it paid off with a 1:30 half marathon that I'm not sure he could believe himself.
Fantastic especially considering his setback with injury at the start of the year."
Lee O'Boyle. Yep, the men's cappy himself earned a few nominations for his club representation at Berlin marathon, running a PB in the process.
"Lee has had an incredible few months and his performance at the Berlin marathon was outstanding. He’s always encouraging others and gives so much to the club".
"Outstanding performance at Berlin Marathon. Lee is always so committed to his training and also finds time to give so much back to the club in his role as male captain."
But there can only be one winner... and what a winner...
This lady has been the ROTM bridesmaid so many times recently, but it's time to put a stop to that! Consistent training has just seen PB after PB in all distances over the last few months and she has represented the club in race after race all across the country. A fantastic performance at the Great North Run did not go unnoticed and has earned her a long overdue ROTM award. Well done
"Anita from the beginning of her training for the GNR she was determined, and this showed in all her runs leading up to the GNR with numerous PB's. She did amazing in the GNR and deserves to be ROTM"
"Anita has been deserving of ROTM for the last few months and always seems to get pipped to the post. Another outstanding month for her with PBs and a great run at GNR. Consistent training paying off"
Well done to all of the nominees and thank you for your votes!