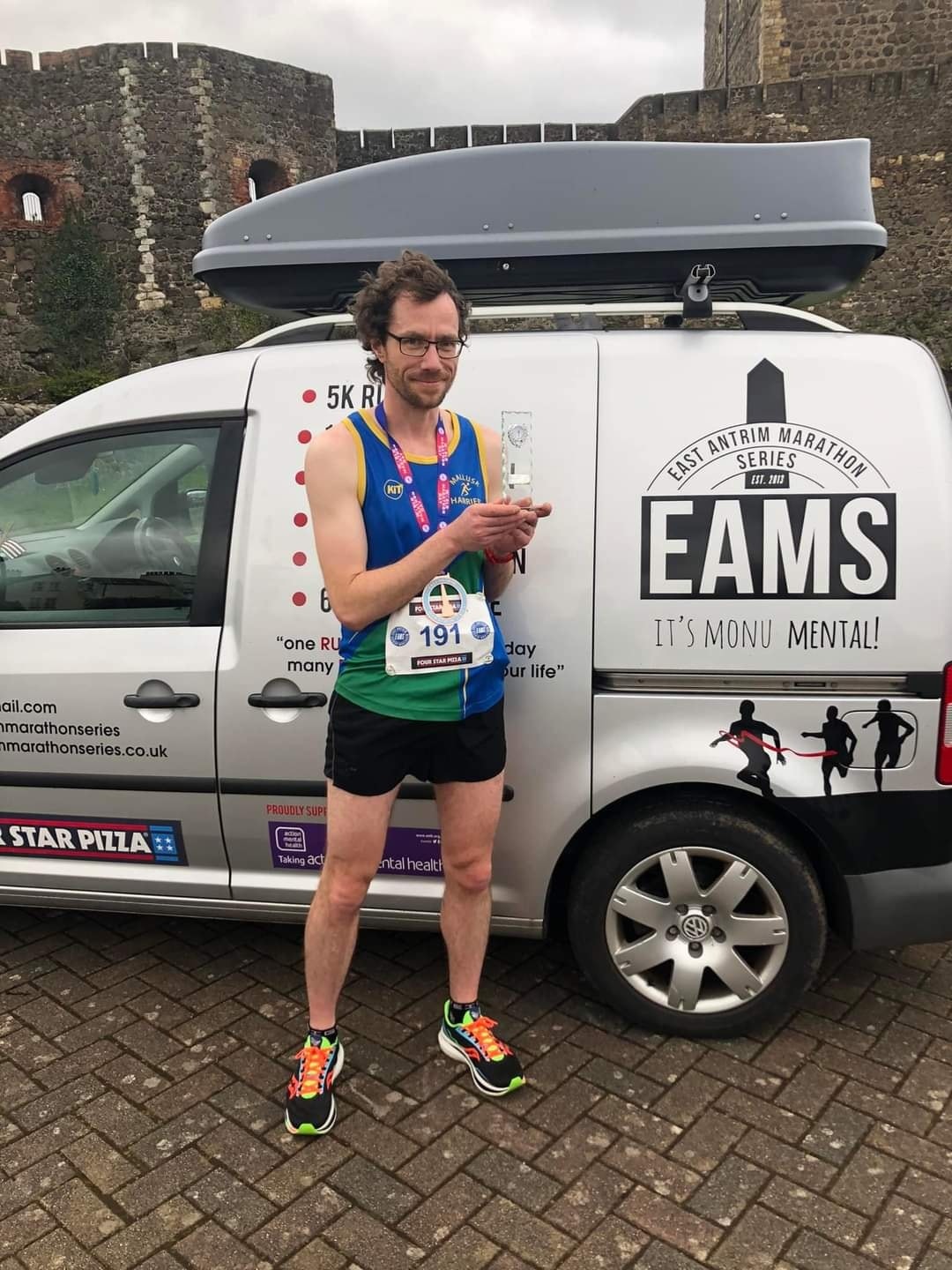 And 2 parkrun tourists this week.

Martin McCready was at the first ever Derrynoid parkrun, finishing in 32:44. Well done to the new team at Derrynoid! This one is run in Derrynoyd Forest near Draperstown.

And Maeve Dunseath was at the Donabate parkrun, completing in a time of 26:03. This one takes place in the grounds of Newbridge House in Donabate, just north of Dublin. Newbridge House, a Georgian mansion, was a location for the 1965 Richard Burton film “The Spy Who Came in From The Cold”. (7.6 on IMDB folks!)

In other racing this week, Aidy Hughes dug out yet another Tyrone-based deep cut. This time it was the Mountfield Community Association 5k. Aidy finished in 26:34

Alan Kerr completed his tour of the Sperrin Harriers Winter Trail Series with the Parkanaur 10 mile race, the longest of the series. Alan finished in 1:39:06.

Three Harriers took part in the EAMS World Marathon event yesterday, all at the half marathon distance. Johnny Carey finished in 1:50:36 and Elaine Kennedy in 2:15:52 but the result of the day was Prof Alan Ladd who won the event with a crackin’ PB time of 1:20:08.

Results for the Junior East Coast XC event are still to be published so we’ll catch them up next week.

So this week’s tune is for Alan. He completed his win in 80 mins and 8 secs. So here’s an 808 State classic for all the overage cheesy quavers at the club. Glow sticks at the ready….. 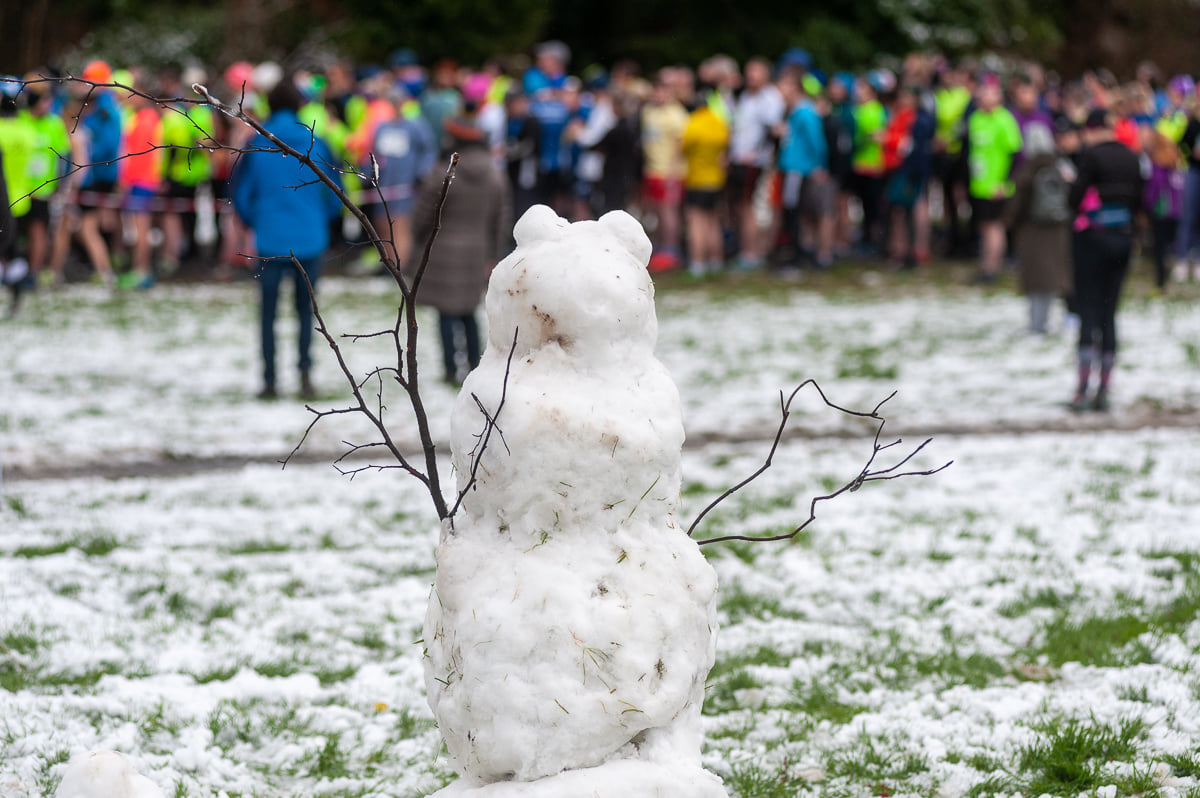 Wind 2 weeks ago. Rain last week. Now this week we had both together.

Typical Mallusk. Again.And how come we are always running into a headwind, even on a circular route?

And a big thanks to all the Harriers who volunteered/froze as part of the MH takeover of this week’s parkrun, not a great day for it. And thanks too to anyone who donated to the Newtownabbey Foodbank.

And these 5 Harrier juniors were the first 5 finishers! Full Top 5 – a feat not achieved since The Beatles did it in USA in 1964!

In other racing this week, we had representatives at the last of Born2Run’s Run Forest Run Series at Castlewellan.10k: Elaine Kennedy 1:10:42, Dermot Boyd 1:10:42

I’m running out of songs about rain and wind by this stage! And, no, I don’t want requests and suggestions. I will treat them with the contempt they deserve.

But this is a proper tune and is dedicated to the fingers and toes of all the Harriers who volunteered on Saturday morning.https://youtu.be/8kl6q_9qZOsUntil next week, behave.CAVILLATOR 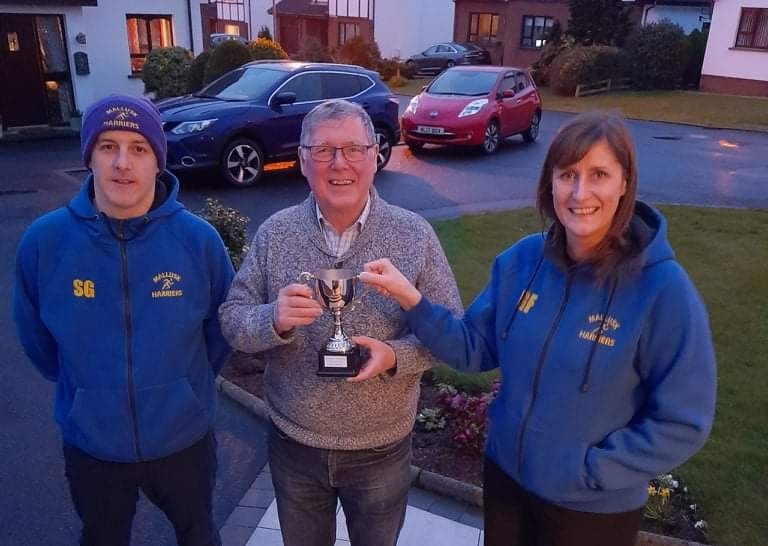 Cold, wet and windy – that’s January and Mallusk fairly gets its fair share of this. You could be forgiven for thinking that weather would put people off running but that’s not how we do it at Mallusk Harriers. As usual you have been out in force throughout January racing and training as hard as ever.

Here are your nominees for January’s runner of the month:

“Hannah has come along way after her injury and puts a lot of effort into her training.”

“Another smashing pb to start the year off he’s just getting better and better.”

January) was to be admired. Even if it’s just a mile or two some days, she has shown that a bit of dedication to this simple idea can do wonders for fitness levels. And she’s still going! Inspiring stuff Karen – well done and keep it going.”

“Outstanding park runs with PBs and her 4th place in our own cross country. She’s a chip of the old block and a force to be reckoned with.”

“I’d like to nominate Sean for ROTM. He has really been putting in the effort at Tuesday night training and it is definitely paying off. He’s getting faster and stronger every week. I’m sure there will be lots of PB’s in the near future.”

“Can see a big difference in his running getting faster and stronger runner so has definitely put the work in.”

As always there can only be one winner and January’s runner of the month is Jackie Teer.

“Jackie’s determination on Tuesday night Intervals should be commended. His dedication is admirable. He is getting stronger and faster every week. Keep it up Jackie!”

“He turns up for training every week knowing he is not the fastest but he always gives it his all! He shows that evenafter you retire you’re never too old to join a running club and improve your fitness. He also encourages others to do the same.”

“When coaches ask for 100% in training Jackie is one you know you can count on. He shows great determination and the results of this are showing every week. “

Massive congratulations Jackie and well done to everyone who received a nomination. 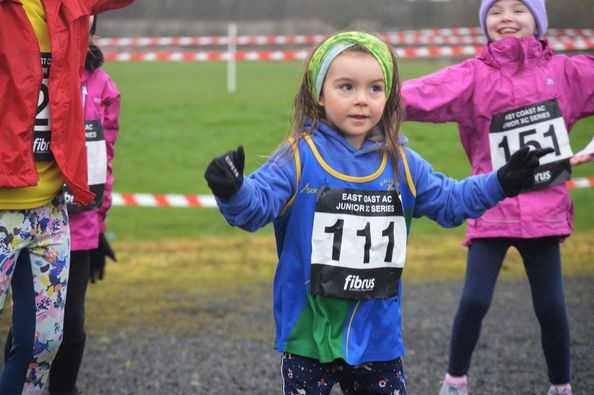 Wind last week; rain this week. Typical Mallusk.
Do you know the technical term for a sunny day that follows two rainy days in Mallusk? Monday.

Sixmilewater parkrun:
Tom Fleming 18:06 and first finisher! Again!
Another tourist this week as Sarah “itchy feet” Ross headed over to the Buckingham parkrun, in Buckinghamshire – no, seriously. Sarah finished in 23:48. Buckingham is an old Anglo Saxon town, later settled by the Romans. But I genuinely know nothing interesting about this town. It has both a Barclays and a Lloyds bank, a Travelodge and a Best Western. Bet the weekends just fly by in Buckingham.

Kayden McClelland 6:27
Junior Girls 1750m Race
Emily Murphy 8:59
Junior Boys 1750m Race
Joe Eager 9:24
Senior Boys 1750 Race
Tom Fleming 6:30 and 2nd place
So this week’s tune is for this morning’s 10@10 crew who had to brave the waves of water coming down the Sealstown Road as they attempted to swim upstream.
The route was Paul’s idea; his absence was noted!
(although the junior XC was a decent excuse, I suppose).
https://youtu.be/Gu2pVPWGYMQ
Until next week, behave.
CAVILLATOR 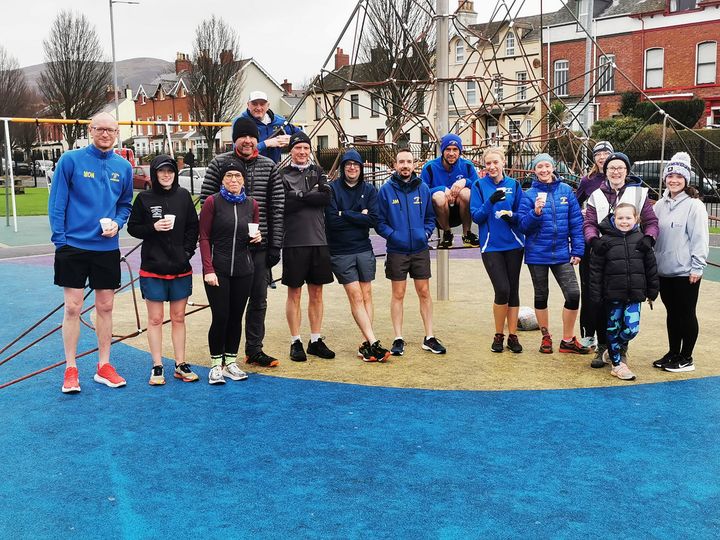 nother windy one this week. Actually, on Wednesday night, I was so windy when I was walking to the gym that I got blown into the off licence. Extraordinary.

Big crowd of Harriers at the Waterworks today as Suzanne Brennan was Run Director.
And because there was cake. Oh yeah, and because Lord Brennan was celebrating his 100th parkrun. And his 40th birthday. And his bad hangover.

And we had a tourist this week as our own Iron Man David Esler took on the Ballincollig parkrun, finishing in 24:22. This parkrun is in County Cork, just west of Cork City. Ballincollig is famous for its old gunpowder mills (now closed!) and for Rory Gallagher’s grave which is just outside the town. Everyday is still a school day kids. Never too old to learn.
Except Ian obviously, we gave up on him a long time ago.

So this week’s tune is for Lord Brennan and it is the song that was number one on the day of his birth. Very apt it is too! He may be more Airfix than catwalk, but he is a model in our eyes and he is looking good.
https://youtu.be/GEnx9xS79Lc
Until next week, behave.
CAVILLATOR