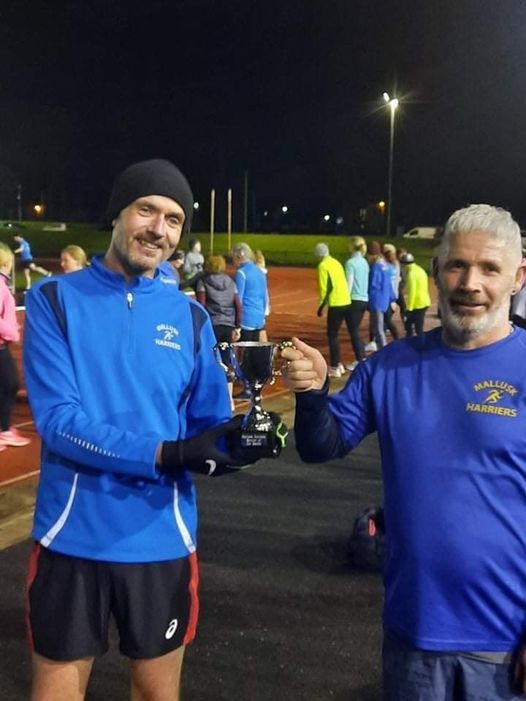 Runner of the Month – December
Ignoring the temptation to take it easy over the festive period, plenty of Harriers kept up their training during December. Those efforts were rewarded with some brilliant PBs and fantastic race performances.
And for one unsung hero all the hard graft finally paid off.

Here are December’s Runner of the Month nominees, and what you had to say about them:

Cathy Ryan caught your attention with a stunning 5k effort.
“Outstanding PB performance at Victoria parkrun, showing that all the hard work on Tuesdays does pay off!
“Cathy’s time really stood out amongst some really strong performances that day.”

Eloise McAuley and Sinead O’Hare were also mentioned in dispatches.
“For fantastic performances at XC and parkruns.”

Micky McAuley has been a stalwart of cross country season, turning up and shining in every race entered.
“Really consistent training block, rounded off with a lung-busting effort at the Christmas Cracker. Been a regular representative of the club at XC events throughout December.”
Stephen Gallagher’s bold sartorial statement was impressive in its own right.
“Wearing a tutu like no other member at the Christmas Cracker.”

Clare Teer reaped the rewards for her motivation, achieving a superb time.
“Hitting a 5k PB, showing the success from her constant commitment and dedication to training. Well done Clare.”

But of course there can only be one winner.
A legend with the ability to sniff out any 5k being staged within a 30 mile radius, this Harrier finally got his hands on the much-coveted cup.
December’s Runner of the Month is the one and only Aidy “Runner” Hughes.
“Feel like he has put in that little bit of extra work over the past month.”
“Aidy works hard at training and enters lots of 5k races. He’s a great running buddy and shows so much enthusiasm. Long overdue recognition.”
Congratulations Aidy, and well done to everyone nominated!